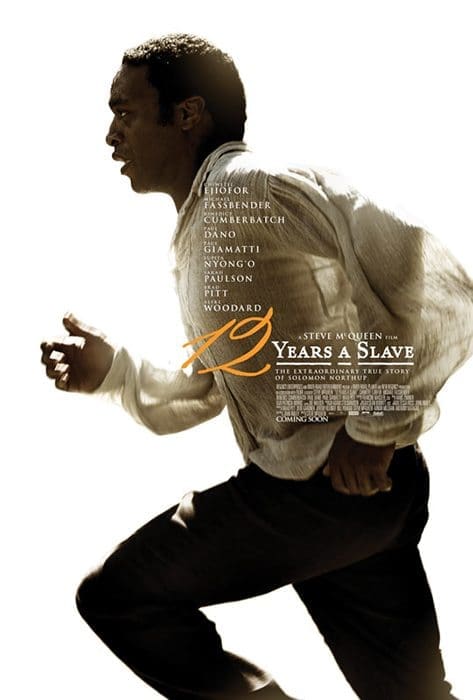 In 1841, a free, educated, violinist from New York was kidnapped and sold into the Louisiana slave trade. This man spent 12 grueling years separated from his wife and children surviving as another man’s property being harassed, beaten, and stripped of his dignity. With only quiet hope to sustain him, he struggled daily to regain what was once rightfully his. That man, Solomon Northup, was one of few men to ever reclaim his freedom from the slave market and he subsequently wrote an eye-opening autobiography of this time in 12 Years a Slave, published in 1853. Well over a century later, director Steve McQueen adapted this book into a stirring, powerful, and emotionally charged film that showcases one of the most historically and culturally cruel points in United States history.

The story is told with masterful filmmaking as the narrative jumps around during that 12 year time period to slowly reveal the whole story of Northup’s capture, struggle, and release.  I give a lot of credit to the film’s editing team though as the cuts weren’t intrusive and it made the over 2-hour runtime go by fluidly.  Additionally, the bright cinematography juxtaposes against the dark nature of the story portraying the beautiful and lush Louisiana countryside with vivid tones and vibrant lights while slaves toil in fields of cotton.

Furthermore, I found the score to be particularly enhancing with Hans Zimmer providing subtle melodies and tonal changes.  Such as with the moment when Northup, as a slave, is asked by a neighboring plantation owner to play the violin for a high-societal party.  Even though Northup is content to play and keep his earnings, there will forever be the looming sense of dread of his imprisonment illustrated by the competing sounds of the score’s light violin melodies and dirge-like bass undertones. Majority of the actors involved deliver impassioned performances. There are many familiar faces in this film, but of real note are Michael Fassbender as a maniacal slave owner, new-comer Lupita Nyong’o as a young slave woman, and Chiwetel Ejiofor as Solomon Northup. – I was fortunate enough to view a pre-screening of Serenity back in 2005, where little known Ejiofor played The Operative. I felt then that this man was going places. – And he has with this performance, using amazingly expressive eyes and subtle movements of his brow to convey internalized emotion that really blends with McQueen’s affinity for close-ups and static shots.

Finally, the subject matter of the film is profoundly disturbing delivering it’s content with extreme intensity. Coming from a director whose other film endeavors include a movie on sex addiction (Shame) and another on the 1981 Irish hunger strike (Hunger), both heavily visualizing grim and foreboding topics,12 Years a Slave displays the same discomfort.  There are scenes that are uncomfortable, including one where a slave is being whipped repeatedly.  The crack of the whip and the whimpers from the young woman permeate the audience’s ears as the camera holds steady in front of the subject. It’s cruel and squirm-inducing, but it’s a reality that happened and should not be forgotten; 12 Years a Slave portrays real historical content that should be required viewing in a cultural sense.

With that in mind, even though the film is masterfully done, it won’t be for everyone due to its heavy and graphic content. Regardless, 12 Years a Slave could easily position itself as a flagship for the subject matter through its powerful direction and performances.

About 12 Years a Slave

Synopsis: In the antebellum United States, Solomon Northup, a free black man from upstate New York, is abducted and sold into slavery.

Writers: John Ridley – Based on the novel by Solomon Northup