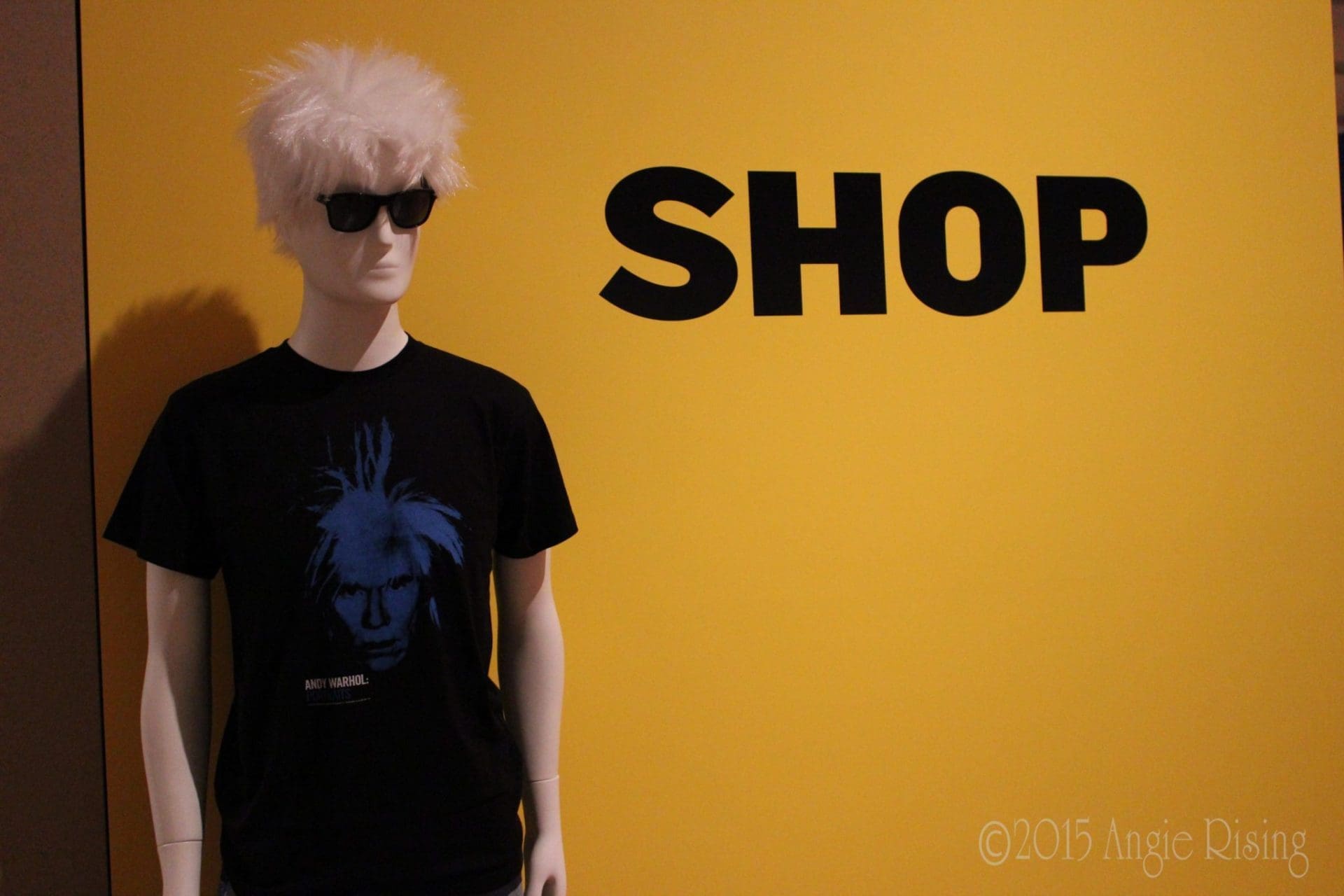 “In the future, everyone will be world-famous for 15 minutes.”  – Andy Warhol

This infamous quote was made by Andy Warhol in 1968 and since become the definition of our modern generation. Whether Warhol knew it or not, he was describing a new world connected through the internet and social media and his quote has come to fruition a mere 45 years later.

Last week I was fortunate enough to stop in and see the newest exhibit at the Phoenix Art Museum called Andy Warhol: Portraits. This brightly colored array of over 170 items includes famous screen prints, drawings, videos, and photographs all based around Warhol’s portrait work. These portraits are of celebrities and non celebrities alike and were mostly commission based during the 1960s through the 1980s. Warhol was a leader in merging commercials success with his art and was one of the few artists in the 20th century to gain immense wealth and popularity during his lifetime. Before stepping into the exhibit I will say that I had some biased against Warhol. I had studied experimental film in college and I was very familiar with his filmography and I despised it. His films such as Lonesome Cowboys and Chelsea Girls were absolutely dreadful to watch as it just seemed to me that he was just a man messing around with a camera with his friends. As this and his famous screenprints of Campbell’s soup cans and Marilyn Monroe was my only exposure to his work, I would say I had a very negative impression to begin with. This exhibit shed new light him for me and opened my eyes to see more than just a goofy man in a wig playing with celebrities.

Warhol’s success as a commercial artist is immense and in this exhibit some of his catalog drawings are displayed. Being so successful in commercial print allowed Warhol to experiment with new techniques and new ideas which blossomed into many of the works we know today. But Warhol was also a man of business and understood the value of his work. So many artists have fallen victim to undermining their own creations and undercutting their pay. Warhol knew that if he could create something that people would want, then he could market it and increase the price. Warhol’s portraits came about this way. He marketed his custom portraits to the rich and famous and even went so far as to put an ad in the back of a Neiman Marcus catalog for them. The photos he used for the portraits were done in photo booths or using a Polaroid camera. Warhol insisted on candid shots so he would stand outside the booth and talk with his models. Walking through the exhibit I was delighted to see so many familiar and iconic pieces as well as ones that I’ve never seen before. Close to the front of the exhibit is a sectioned off room where three of Warhol’s films are showcased all at the same time. While I wanted to avoid that room, I peeked for a little while and recalled my college pains of his films. Further in the exhibit is a black light room with a screen print portrait from Leonardo Da Vinci’s “Last Supper” painted with black-lit colors. A fitting tie into the other major exhibit at the Phoenix Art museum of Leonardo’s work.

While most of the exhibit is screen print portraits near the end of it there are two interactive areas that are so fun, I spent most of my time just playing in them. The first interactive area is a sectioned off room with several “Silver Clouds” designed by Warhol. I won’t give away too much about them just that they are down right fun. The other interactive exhibit is a small set with a film camera that you can  go and sit in front of and create your own “screen tests” and the video is emailed to you directly. I left the exhibit with a renewed respect for Warhol and his work. While I may never agree that his film making was anything more than boring, I can say that the fame and success of Warhol was much deserved and his mark left on this world will never die out.

Andy Warhol: Portraits will be on view at Phoenix Art Museum from March 4 to June 21, 2015. The exhibition was organized by The Andy Warhol Museum, one of the four Carnegie Museums of Pittsburgh. For additional information about the exhibition please visit phxart.org/exhibition/warholportraits.