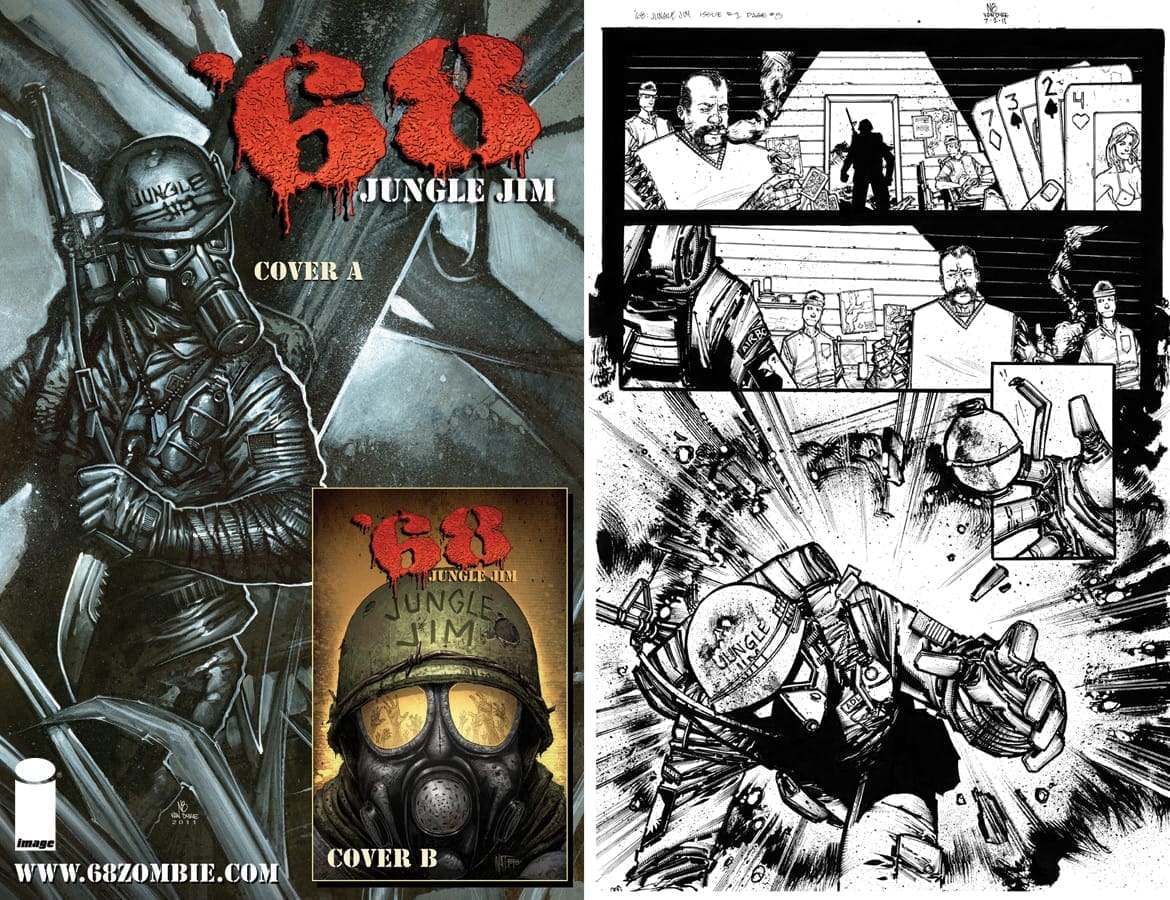 ’68: Better Run Through the Jungle delivers what you would expect from a series about zombies set during the war in Vietnam: buckets of blood, a fair share of the grotesque, and references to famous songs of the time. The title certainly doesn’t pull any punches on the gore front and Nat Jones does a pretty decent job of serving up that gore on steaming platters of spilled entrails capped with an exurbanite portion of dislodged eyeballs. His artwork does seem a little unfinished at times, but that does kind of add to the series’ grindhouse appeal. That’s really about all that you are going to get from this instillation of ’68 though. While it really embraces the themes of its sort of horror/gore genre, it does not really do anything to push those boundaries. You have hordes of zombies dismantling hoards of the living in pretty awful ways, but there is little, if any, real human drama going on here. That makes it difficult to really be pulled into works like this and I think that this title would benefit a lot from characters that are not only superficially explored. A letter home or a desire to be referred to as something other than a racial slur, for me, do not constitute real character development.

All that being said, sometimes you want zombies to just be zombies. While Max Brooks showed us that there can be far more to zombies than rotting flesh and a perchance for eating brains, there are times that you just want to see a couple people’s insides being chowed down on. If that’s the sort of mood you’re in, then I don’t think that ’68 is going to disappoint.

A little bit extra. You can really tell that those responsible for this title have a love for what they do and that is very obvious at their booths during comic conventions. They have a pretty elaborate set-up which fans of this work should really not miss. 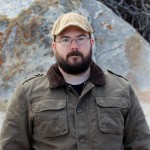 Go Set a Watchman: A Controversy