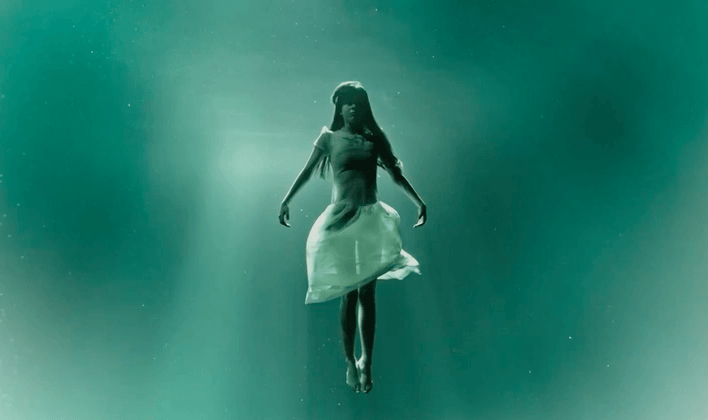 There is a sickness inside us.  At any given moment, someone you know isn’t feeling well.  There are any number of things that conspire to make our bodies weaken and fail.  Fortunately, there is a cure.  Hopefully, you don’t take it.

A Cure For Wellness finds young, up and coming sales executive Lockhart (Dane DeHaan) sent on a do or die mission to go to a “wellness center” in the Swiss Alps to retrieve Pembroke (Henry Groener), a senior executive, in order to sacrifice him to the SEC and save the company.  Should he fail to bring Pembroke back, Lockhart will take his place as the sacrificial lamb to the SEC.  Pembroke has gone on a vacation, and has sent back a cryptic letter, making it sound as though he has taken leave of his sanity, but which also indicates that he is not returning.

Without offering spoilers outside of what’s in the trailer, Lockhart is involved in a car accident upon leaving the center and awakens with his leg in a cast and an offer from the director of the center, Volmer (Jason Isaacs), to stay and recover before returning home.  Thus begins Lockhart’s surreal journey into the secrets that may be happening at the center, but might also be only happening in his own mind.  Throughout it all, Lockhart is looked after by Volmer, who exudes compassion, concern and empathy for those in his care, and appears to be very interested in the well-being of his patients.  His most unique patient is Hannah (Mia Goth), who is far and away the youngest patient in the center, which caters to wealthy, older clientele.  Hannah is a victim of childhood trauma wherein her mother died, and is being cared for by Volmer so that she may return to her father.  Lockhart finds her to be central to his search for answers, and the catalyst for some of the more bizarre things that happen.

DeHaan turns in a very compelling performance as Lockhart, a smug, condescending man for whom I had no sympathy at all in the beginning of the film.  By the end of the movie, however, I found myself rooting for him, even when it appeared that he had completely lost his mind.  Lockhart switches back and forth between being convinced that there is some sinister conspiracy at the center, to believing that he’s imagined the connections that he thinks he’s found.  Certainly, some of the bizarre things that he thinks he’s seen can’t be real.  They must not be real, or reality is more fragile than sanity.  Isaacs, in another in a line of stellar performances, is likeable, even if he is a bit suspicious and secretive.  The interaction between the two is superb, and Isaacs is excellent in his portrayal of the concerned doctor dealing with a difficult patient with concern, but with firmness as well.  Goth brings a sense of innocence to her character, which I was concerned was going to be played as the Barefoot Loon trope, but was, thankfully, only given some of those attributes as a misdirection.

And, oh the misdirection we are subjected to.  Gore Verbinski has directed a stunningly beautiful piece of cinema.  The imagery was spectacular and the meticulous framing of shots is a reminder that he is an artist with a vision.  He uses every sense available as a filmmaker, with some of the best sound layers since The Cell.  It is definitely best seen in theaters.  Verbinski leads us through his film like a macabre sort of strip tease, showing us bits here and there, some luscious, some repulsive, sending our imaginations off on one course, only to find that we let our imaginations go too far.  By the time the finale is revealed, we’ve been titillated, we’ve winced, we’ve cowered in our seats, and we’re relieved to know that it’s over, that we’ve arrived safely at the end of the performance. I do not recall the last time that I have seen an audience react so strongly to visceral images on the screen.  Not having a preconceived idea is a big part of the film, and it does a good job of leading you to a conclusion, then yanking that out to go in another direction.

The trailers for the film have been intentionally vague, revealing little of the film beyond the premise and some of the imagery that will be seen in the film.  20th Century Fox held a 2017 Showcase with scenes from this film, and in which Verbinski stated that this is the type of movie that is good to watch when you don’t know what it’s about.  The first 30 minutes or so leave you wondering where this film is going to go, but the slow pace let’s the viewer be immersed in the visual imagery that sets the tone for the whole film.

There are a few problems which kept this from being a 5-star film.  Refraining from spoilers, the eels seen in the trailers are integral to the movie, but the explanation of them leaves questions about whether or not they were needed, or just make things unnecessarily complicated.  Next, there was a great stopping point, which I think would have been a stronger ending, leaving the audience in more mystery, however the writer instead wrapped things up a bit too neatly.  Not a traditional happy ending, but closer than I think I would have liked to see for this film.  That said, this film was one of the most beautiful, creepy, wonderful, and unsettling things that I have ever seen, and it is definitely worth seeing.  It will leave an unforgettable impression on you.

A Cure For Wellness: [yasr_overall_rating size=”large”]

About A Cure For Wellness

Synopsis: An ambitious young executive is sent to retrieve his company’s CEO from an idyllic but mysterious “wellness center” at a remote location in the Swiss Alps but soon suspects that the spa’s miraculous treatments are not what they seem.