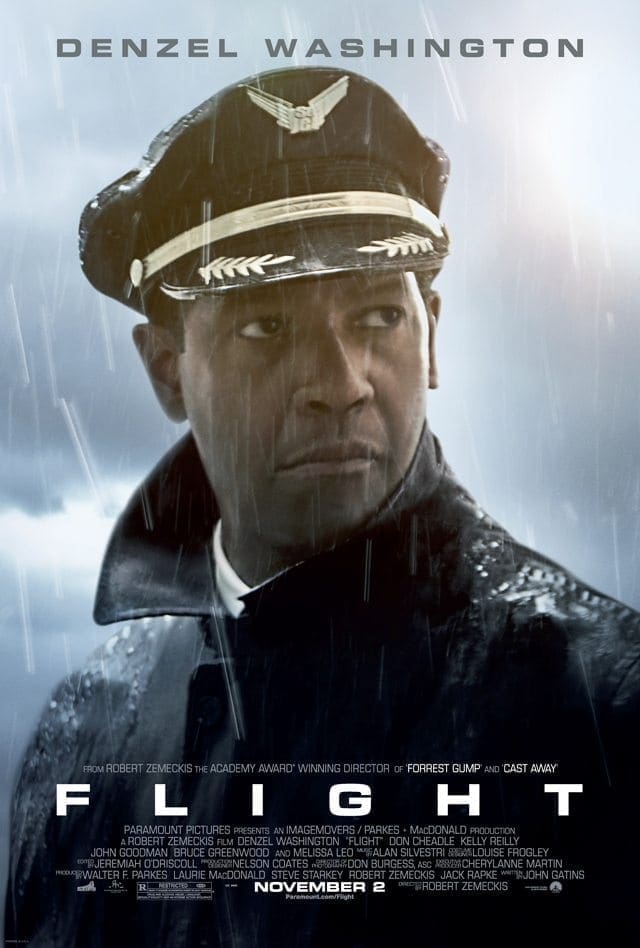 NEW YORK (AP) — You might think that Robert Zemeckis, having devoted himself to motion-capture animation for the last 12 years, would be thrilled to return to the unpredictability of live-action filmmaking — those moments of serendipity when the elements align for something surprising.

You would be wrong.

“In my whole career I can count it on one hand,” says the director, recalling headaches like having to cart in snow while shooting in Moscow and painting fall foliage in October Vermont. “Every time I’ve ever been in a situation where, for example, it’s ‘Oh my God, look at this sky! Look at this sunset!’ — it’s never there in time. We always missed it. It’s just heartbreaking.”

“Flight” is Zemeckis’ first live-action film since “Cast Away,” after which he, more than any other filmmaker, advanced the technology of performance capture with movies like “The Polar Express,” ”Beowulf,” and “A Christmas Carol.”

Instead, “Flight” gets its movie magic principally through its performances, especially that of Denzel Washington, who stars as perhaps the most functional alcoholic in movie history. As Captain Whip Whitaker, Washington plays an airline pilot who, despite being hung-over, drunk and coked-up, manages to bring down a rapidly deteriorating plane in a daring emergency landing on what should have been a routine hop between Orlando, Fla., and Atlanta.

The crash sequence, a virtuoso set piece made with the digital artists from Zemeckis’ animated films, features the unusual but effective maneuver of briefly flying the plane upside down. The thrilling crash, which essentially opens the film, is a kind of carrot for moviegoers who are then lured into a powerful character study of Whitaker as he wrestles with his drinking problem while his heroics are called into question. He’s a Captain Sully with demons.

“Can anything follow this plane crash?” asks Zemeckis. “But the real spectacle, of course, is Denzel’s performance.”

It’s one that many expect will land Washington his sixth Oscar nomination. (He’s won for “Glory” and “Training Day.”) His performance is a full portrait of a man who believes he’s in control when he isn’t, whose alcoholism is propelled by an inability to be honest with himself and others.

Washington was drawn to the project by John Gatins‘ (“Real Steel”) script, which Gatins had been working on since 1999. The screenplay surrounds Whitaker with an ensemble of characters who are either challenging him (Kelly Reilly as a recovering heroin addict, Melissa Leo as the crash investigator) or enabling him (Don Cheadleas a cocksure defense attorney, Bruce Greenwood as an old friend and fellow pilot, John Goodman as a drug dealer).

More than most protagonists, Whitaker often verges on unlikable.

“I’ve heard that from people, but that’s what’s good about a part in a movie,” says Washington. “People say, ‘What do you want me to get from it?’ I’m like: It depends what you bring to it. So some may not like him.”

It was that moral ambiguity that attracted Zemeckis, who constructs a story that poses questions for the audience about sympathy and acknowledging one’s own failings.

There have been many films over the years about memorable alcoholics — Ray Milland in “The Lost Weekend,” Jack Lemmon in “Days of Wine and Roses” and Nicolas Cage in “Leaving Las Vegas.” Asked if he consulted such films in making “Flight,” Zemeckis replies, “Only in what not to do.”

“If it’s just about somebody with chemical dependency, it lets everybody off the hook,” says Zemeckis. “It’s not relatable. But the fact that everybody — if you really have the courage to be honest with yourself — is flawed, that’s a universal theme. That’s what I was going for.”

That “Flight” soars rather than drowning in the heavy weight of alcoholism is a testament to Zemeckis’ sure-handedness in rendering personal stories on a big canvas. (His earlier movies include the “Back to the Future” trilogy, the Oscar-winning “Forrest Gump” and “Contact.”) It’s an increasingly rare skillfulness, partly because R-rated adult dramas like “Flight” are rarely made in modern Hollywood.

“Flight,” which Paramount Pictures will release Nov. 2 with hopes for both solid box office and Academy Awards attention, was made with a production budget of $31 million. That’s a relatively small amount for such a film, something that was made possible partially by Zemeckis’ digital know-how.

“The only movies worth doing are the ones that are risky,” says Zemeckis. “This isn’t risky in the budgetary sense, it’s risky in whether the audience appreciate the roughness of it.”

That “Flight” stars one of the few truly bankable, bona fide movie stars in Washington helps. The movie’s poster boasts the handsome visage of the actor in a pilot uniform, surely an attractive fit for a star who has already known the distinctive look of a submarine commander, a train engineer and a Union soldier.

Simply the experience of being in a flight simulator aided Washington in finding his way into Whitaker.

“Just getting into the cockpit, it was like, ‘Wow. I’m not going to fly, but I feel like a pilot,'” says Washington.

The actor has little interest in detailing his process, which he self-deprecatingly says “is just acting. Really, it’s not that hard.” But Washington, a renowned hard worker, concedes: “You do the homework. … We should all be that way.”

Zemeckis calls Washington’s performance “breathtaking” and “up there with the greats.”

Zemeckis still believes in motion-capture filmmaking, though the last attempt was a historic flop, Disney’s “Mars Needs Moms.” Zemeckis produced that film, after which his planned motion-capture remake of the Beatles‘ “The Yellow Submarine” was canceled. The future of moviemaking, he says, will be a “digital stew” of “moving digital images.”

He’ll sometimes catch his older films on cable TV and think: “Eh, it’s pretty good stuff.” Zemeckis would like to see “Flight” with such distance, but, even now, he feels satisfied.

“I like it now,” he says with the kind of contentment of one who seldom allows it for himself. “I see the flaws, naturally, but I like it now.”

*Courtesy of the Associated Press

An exclusive trailer of “Life After Beth” from MTV