Returning this July for its 27th year, Anime Expo is by far the largest anime and Japanese pop culture convention in North America. Attracting guests, vendors, and attendees alike from across the globe, this titan of a con is definitely the place to be for the Fourth of July weekend! By keeping up their high standard of guests and events while looking to fine-tune some of the fumbles and problems of last year, Anime Expo 2018 is looking to be a spectacular event definitely worth making the trip out for. With an absolutely shocking 115,726 unique attendees in 2017, Anime Expo is able to use its large size and reputation in order to bring in some of the best and biggest creators and companies from around the world. While the guest lineup has not yet been fully announced, Japanese music and idol fans can already get excited with industry heavyweights such as Love Live’s Aqours, IDOLM@STER’s Cinderella Girls, and AKB48’s Team 8 already signed and locked in to perform at the Anime Expo “Anisong World Matsuri” concert festival!

Although it may be another month or so until the rest of the guest announcements really begin to roll out, their history gives us a lot to be hopeful for. With over 150 guests having been announced last year, including massive anime and gaming producers, iconic animators, topical musicians, and adored voice actors, these next couple of months will be filled with anticipation for what (and who) is to come. This is definitely a guest list to keep your eye on!

It’s not just amazing guests that this convention has a reputation for. With over 400 exhibitors last year, including giant companies like Crunchyroll, Funimation, Bandai, Aniplex, Toei Animation, and Atlus, Anime Expo has become renown for being a hotspot of exclusive premieres. One of the biggest anime of 2017, The Ancient Magus’ Bride, was exclusively premiered here months before airing in Japan or America. Attendees last year were also treated to the live-action movie premiere of Tokyo Ghoul. Who knows; maybe you’ll be able to catch the next big thing before it even comes out!

Cosplayers and cosplay enthusiasts also have a lot to look forward to at the Anime Expo 2018 Masquerade, which not only just introduced a $5000 cash prize to the winner of the Professional division but also serves as a qualifier event for the enormous World Cosplay Summit competition. The winners of this qualifier round earn a free trip to Nagoya, Japan, in order to represent the USA in the Cosplay Championships. The stakes have never been higher for anime cosplay, so this is the event to be at if you want to see world-class costumes or shoot your shot at a grand prize!

The convention does not come without its faults, but it seems that their management team is dedicated to doing their best in order to improve each year. Besides their announcements to update the signage of the convention and speed up the convention center entry process, one of the most highly anticipated changes this year is the introduction of badge mailing. By getting early registration badges sent directly to your house before the convention, Anime Expo is able to help alleviate one of the worst issues of large conventions: lines. This feature is only available for attendees who register before June 11th, so if you’re looking to avoid the scuffle of the on-location pickup lines, now would be the time to purchase!

Attending Anime Expo doesn’t come cheap. With a four-day pass now sitting at $105 and many events such as the cafes, concerts, and masquerades requiring additional ticket purchases, the price is certainly hefty. However, between all of the exclusive guests, vendors, and events, it can definitely be a worthwhile and unforgettable experience for any fans of anime or Japanese pop culture. If you’re looking to register or are just looking for additional information, definitely check out their website.

Anime Expo takes place on July 4th through July 8th at the Los Angeles Convention Center. We hope to see you there, but if you’re unable to go out and experience it for yourself, stay tuned for our event coverage! 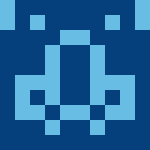