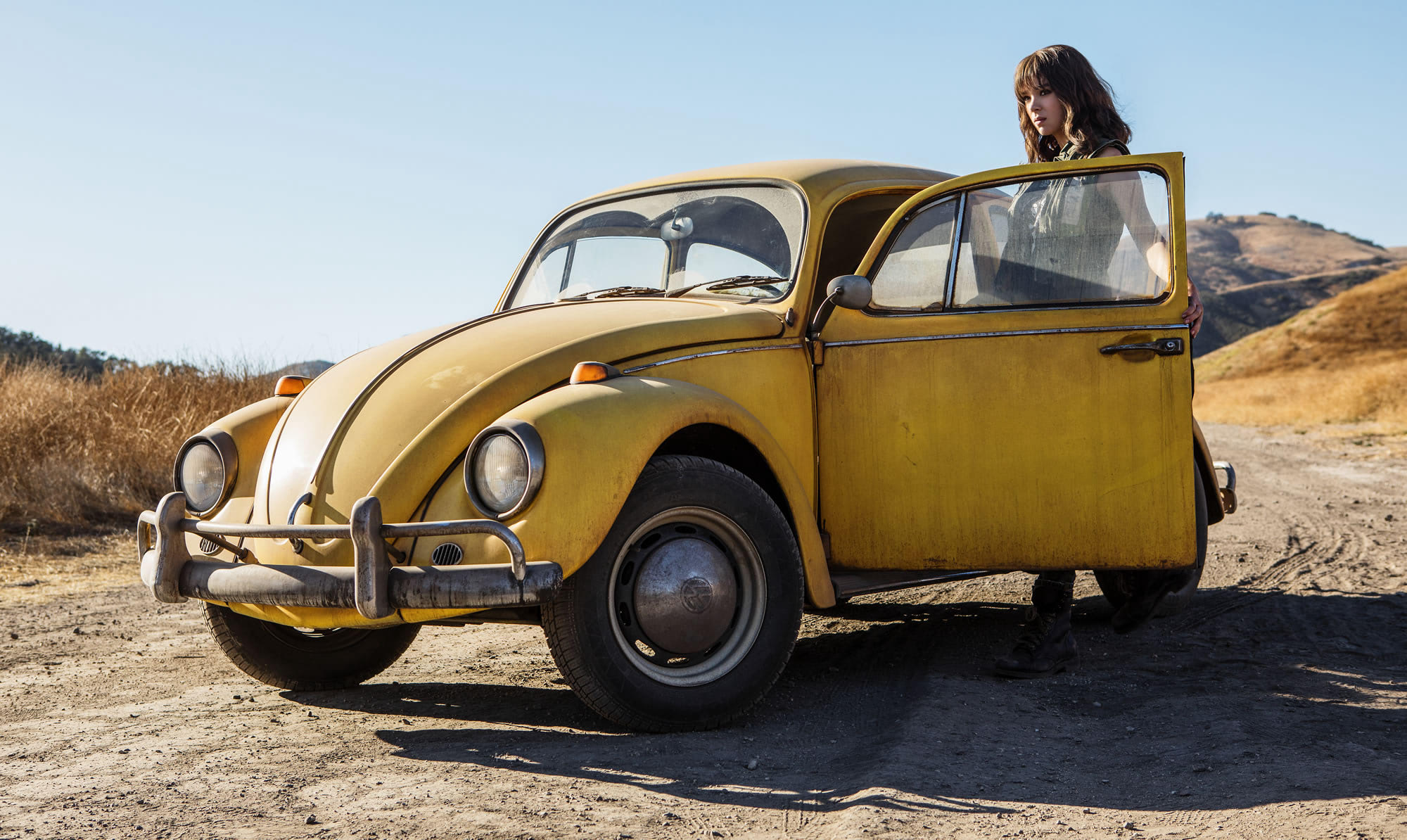 Paramount Pictures offered an explosive array of film previews for Cinema Con 2018. In addition to footage being shown for a number of titles coming in 2018, the company teased fans with confirmations of a slew of titles due out in 2019 and beyond. First up was a recap of how well A Quiet Place has performed at the box office, regaining the number one spot in America during its third week of release.

With old news out of the way, the company brought out Hailee Steinfeld, John Cena, and Jorge Lendeborg Jr. as attention turned to the upcoming Transformers spinoff, BumbleBee. The Transformers movie timeline is already a mess, and BumbleBee just serves to make things worse. The film takes place in the 1980s and acts as a BumbleBee origin story of sorts, even though previous Transformers movies have shown the robots in disguise coming to Earth much closer to modern times.

The BumbleBee footage opened with Charlie Watson (Hailee Steinfeld) waking up on her 18th birthday. When she goes out into the garage she quickly discovers her classic VW Beetle is actually a transforming alien robot. After some back and forth in which BumbleBee cowers in the corner and makes it clear he can’t speak at all (not even through the radio), Watson names him BumbleBee due to the buzzing sound he makes.

It looks as though the film will serve as an origin story, going against all of the lore that’s been built up in the comics and cartoons. Most would agree this is a step in the wrong direction after the failure of Transformers: The Last Knight, but there is one ray of hope. In a quick montage of clips, a red and blue Transformer was shown, in addition to a Transformer that looks eerily like Jetfire.

Jetfire was used poorly in a previous Transformers film, but since this one takes place in 1987 it could be a younger version of the popular Generation 1 Autobot. Optimus Prime and Barricade are the only other Transformers currently confirmed for the film, but we know there’s a 1971 Plymouth GTX Decepticon in the film as well. 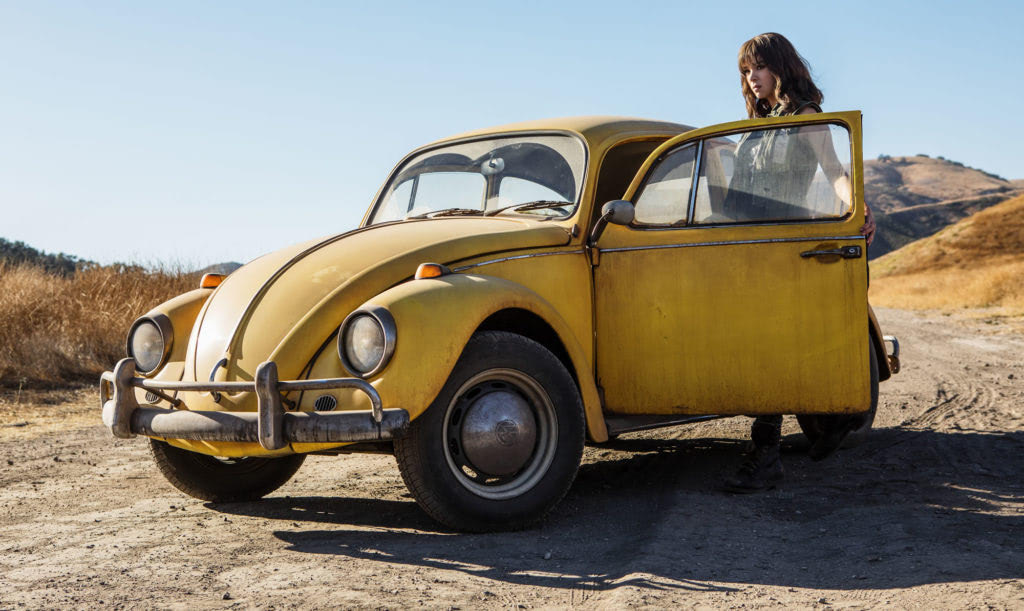 Diane Keaton, Jane Fonda, Candice Bergen and Mary Steenburgen stepped onto the stage to discuss Book Club and offer some new footage. The movie is about four older women who start a book club, read 50 Shades of Grey and suddenly have an overwhelming urge to have sex. It’s essentially a love story featuring four couples as they discover what’s important in a relationship.

Taraji P. Henson came out to discuss What Men Want, but since the movie has yet to begin filming, there was no footage available. Instead, Henson acted like she was reading the thoughts of men in the room like her character does in the movie. In case you haven’t guessed, it’s essentially What Women Want, only when the shoe is on the other foot. 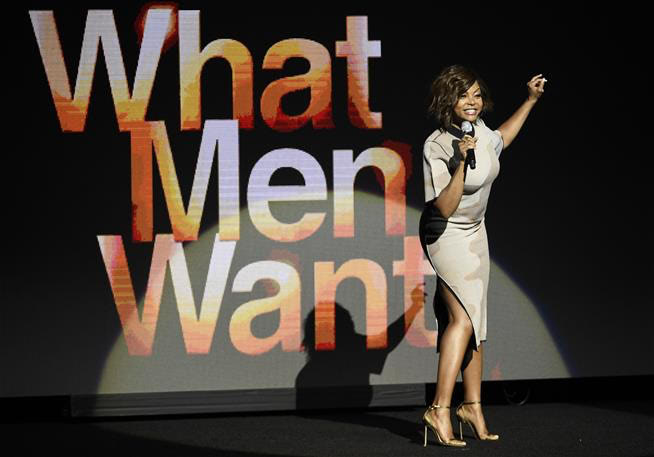 What could be the biggest news out of the Paramount presentation was the announcement (almost in passing) that there’s not only one new Star Trek movie in the works but two. We’ve known for some time that Quentin Tarantino has his eyes on Star Trek with a script currently in the works. We also know that Simon Pegg has a Star Trek script in the works, and there have been rumblings of a third script floating around as well. Most assumed Paramount would only move forward with one of these scripts, but it seems as though two of them will be made into movies. No further details were provided, but Star Trek fans may have a lot to look forward to.

Paramount concluded with an extended look at the new Mission: Impossible film. Tom Cruise came out with the director, Christopher McQuarrie. The two extensively broke down a scene in the film in which Cruise himself jumped out of a plane and had two minutes to complete a series of mid-air stunts while falling at terminal velocity. The crew could only shoot for three minutes a day due to the sunset lighting required for the scene. Couple this with the vast difficulty of performing the scene jumping out of an actual plane instead of using a wind tunnel on a studio lot and the difficulty seemed immeasurable.

Once everything was said and done, Cruise and McQuarrie showed off three takes that were spun together into one very raw scene. In total it took 106 days to get the three takes we were shown. It’s an impressive feat, but some would say it’s too much effort or a two-minute scene. On the other hand, the extra effort makes the scene and the film that much better. It’s what elevates a film from good to great.

After this footage, we were treated to a lengthy scene directly from the film. It was easily one of the best scenes I’ve seen in any Mission: Impossible film. It featured Cruise’s Ethan Hunt joined by Henry Cavill, Simon Pegg and the rest of the crew, breaking out one of the antagonists of the film. They were taking him from police custody, where he was locked away in an armored caravan. When the footage came to an end, it was clear that Mission: Impossible Fallout if not a film to miss this summer. It could be the action movie of the year. Yes, even beating out Infinity War.

Paramount ended with a montage of title logos including Dungeons & Dragons, Coming to America 2, G.I. Joe 3, Micronauts, Sonic the Hedgehog, Spongebob and more. No details were offered for these films, but Coming to America 2 has sparked a lot of conversation. Stay tuned to Geek News Network as we offer more insight once details become available. 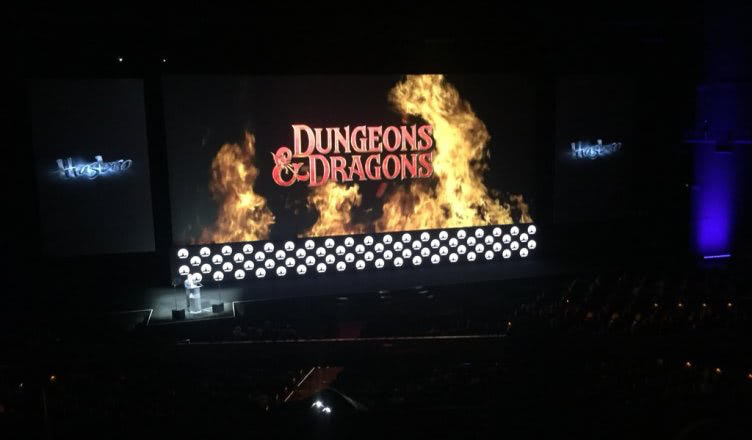