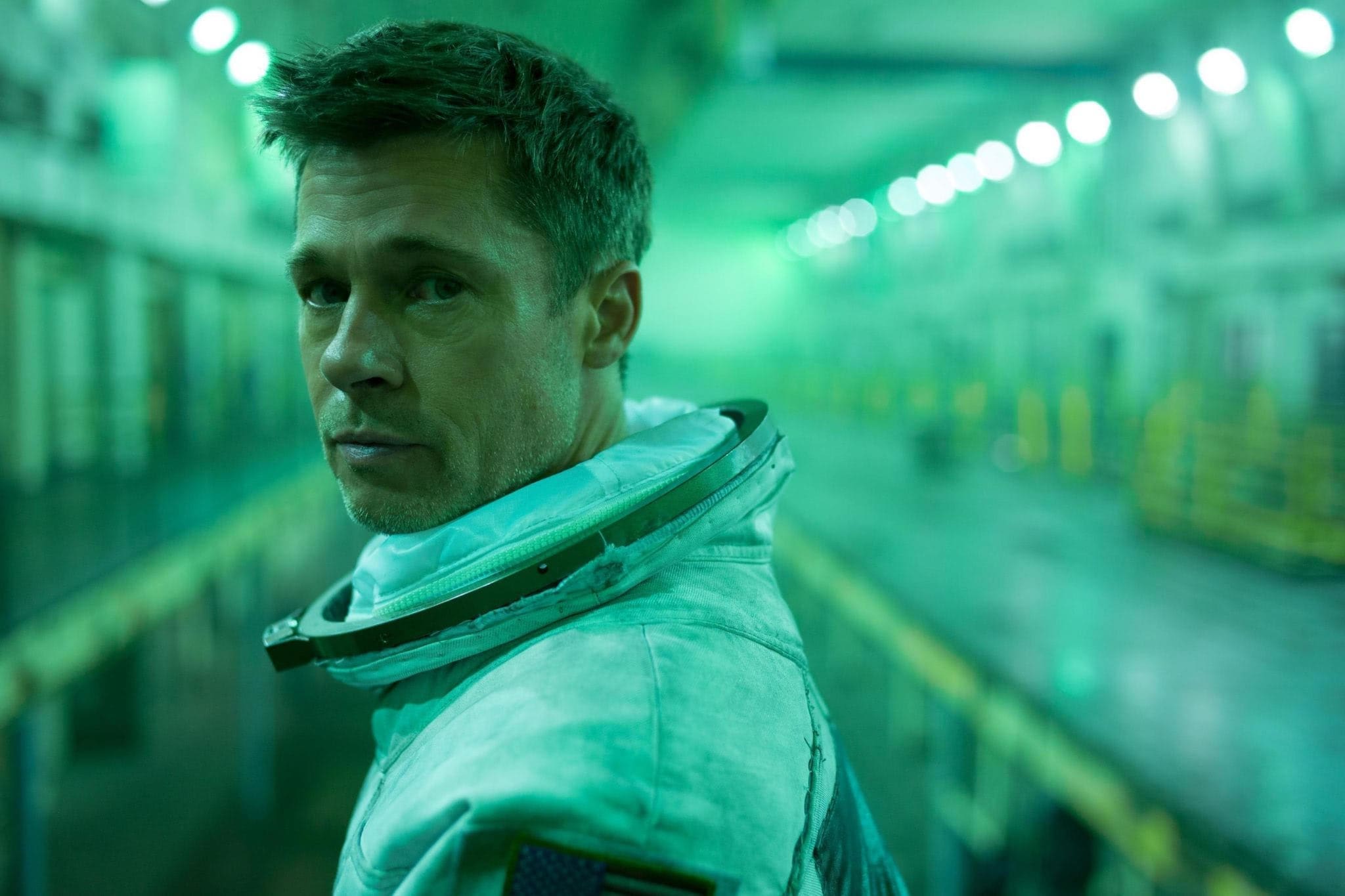 There have been a number of high quality science fiction films focused on space that released over the last few years. Interstellar and The Martian immediately come to mind, and it wouldn’t be surprising to find out that both of these films were potential inspirations for Ad Astra, the latest Brad Pitt starring vehicle. Unfortunately, Ad Astra doesn’t live up to either of the previously mentioned films, but it’s not a total loss either. Let’s take a closer look in our full review of Ad Astra.

The basic premise of Ad Astra follows astronaut Roy McBride (Brad Pitt) on a mission to find out what happened to the Lima mission, commanded by his father, H. Clifford McBride (Tommy Lee Jones). The mission was originally intended to search for intelligent life on distance worlds. Clifford McBride took his team out to orbit Neptune in order to get better clarity of interstellar space (beyond the heliosphere) to determine if there’s any intelligent life in the universe.

As you might have guessed, something has gone wrong and Roy McBride is selected to help determine what happened to the mission and his father. Roy is also an accomplished astronaut, known to be extremely calm in tense situations. While Roy is calm on the outside, we hear his inner monologue throughout the film, which presents a slightly different personality. He has no problem calling people out and expressing his emotions inside his head, which creates a unique viewpoint of the events unfolding on-screen.

Brad Pitt is easily the best part of Ad Astra. He’s coming off of a great performance in Once Upon a Time in Hollywood, but Ad Astra could potentially be his best performance of the year. Pitt is featured in almost every scene in the film, and walks us through many of these events in his mind. It calls back to the one-man show Sam Rockwell put on in Moon.

Pitt does have a few important co-stars, each with small roles to play over the course of the film. Ruth Negga plays Martian-born commander, Helen Lantos, while Donald Sutherland plays Thomas Pruitt, an old friend of H. Clifford McBride. Both of these characters have minimal screen time, but play key roles in revealing portions of the story and propelling Roy forward on his mission.

The biggest issue with Ad Astra is that the film is simply not focused at all. The movie features everything from Dark Matter bursts to space pirates to crazed gorillas. While that may sound like a wild ride of a movie, none of these aspects work well together, and don’t make any sense within the context of the film.

Dark Matter bursts are why Roy is sent on his mission, but the space pirates and crazed gorillas serve no purpose at all. You could remove both from the movie and absolutely nothing would change. This is a common theme in Ad Astra. There’s a lot going on in the film between Roy’s feelings about his father, how that has impacted his adult life, and the greater picture, the search for intelligent life among the stars. But all off this becomes nothing more than background noise when the film is throwing crazed space gorillas at you for absolutely no reason.

Throughout Roy’s mission, he encounters and interacts with other astronauts. At first it seems as though he’s build rapport that will be rewarded at a later point in the film. This is not the case, as the events that allowed Roy to start building these relationships are completely ignored when it comes time to cash in on all that work. In short, you could cut out 30 minutes of world-building and the film would not fundamentally change, making those scenes disjointed at best, and a complete waste at worst.

If you have some knowledge in science, especially the science of space, you may have additional issue with Ad Astra. While this likely only impacts a small percentage of moviegoers, there’s a fine line between making something seem realistic in the “near future” when this movie takes place, and just ignoring the laws of science completely. Ad Astra presumably takes place decades in the future when we have an established colony on Mars and can send humans to the outer solar system, but there’s no attempt at all to explain some of the many scientific inaccuracies littered throughout the film.

Science issues aside, Brad Pitt is the only good thing about Ad Astra. This isn’t a popcorn movie that recommends you turn your brain off so you can enjoy it. This is a film that caters to intellectual adults who don’t need mindless action spoon-fed to them. So when mindless action occurs, and it has no bearing on the plot and doesn’t further the story at all, it’s out of place. Interstellar made people think, while also offering some fun action sequences that fit well with the story. Ad Astra seemingly tries to imitate Interstellar, only without the finesse to do it correctly.

Synopsis: Astronaut Roy McBride undertakes a mission across an unforgiving solar system to uncover the truth about his missing father and his doomed expedition that now, 30 years later, threatens the universe.