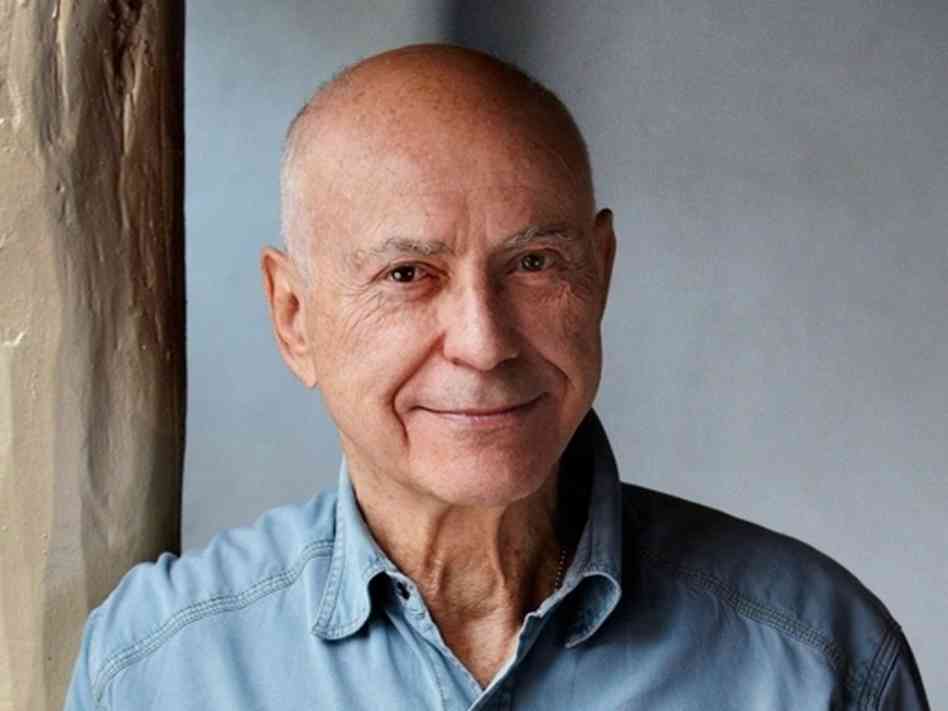 Alan Arkin will receive the “CinemaCon® Lifetime Achievement Award” it was announced today by Mitch Neuhauser, Managing Director of CinemaCon. CinemaCon, the official convention of The National Association of Theatre Owners (NATO), will be held April 20 – 23, 2015, at Caesars Palace in Las Vegas. Arkin will be presented with this special honor at the “CinemaCon Big Screen Achievement Awards” ceremony to take place onThursday, April 23, in the evening at The Colosseum at Caesars Palace. The Coca-Cola Company, the official presenting sponsor of CinemaCon, will host the final night gala awards program.

“With a career spanning more than 50 years, Alan Arkin is one of the most beloved, talented and respected actors of our time,” noted Neuhauser. “From ‘The Russians Are Coming, The Russians Are Coming’ to ‘The In-Laws’ and ‘Little Miss Sunshine’ to ‘Argo,’ Arkin has endeared himself to generations of moviegoers which is a remarkable testament to his incredible versatility. Arkin’s work never ceases to entertain and impress and we can’t wait to see him later this year when he stars in ‘Love the Coopers’.”

This fall, Arkin can be seen in CBS Films/Lionsgate’s “Love the Coopers,” which arrives in theatres November 13. “Love the Coopers” follows the Cooper clan as four generations of extended family come together for their annual Christmas Eve celebration. As the evening unfolds, a series of unexpected visitors and unlikely events turn the night upside down, leading them all toward a surprising rediscovery of family bonds and the spirit of the holiday. “Love the Coopers” co-stars John Goodman, Ed Helms, Diane Keaton, Jack Lacy, Anthony Mackie, Amanda Seyfried, June Squibb, Marisa Tomei and Olivia Wilde.

Born in Brooklyn, Arkin launched his career with Chicago’s improvisational revue “Second City.” This led to his 1963 Broadway bow in the play “Enter Laughing,” for which he won a Tony Award. In 1966, Arkin made his major feature film debut, starring in Norman Jewison’s comedy smash “The Russians Are Coming, The Russians Are Coming,” for which he won a Golden Globe Award. With more than 70 films to his name, Arkin’s filmography includes “Little Miss Sunshine,” a role which won him an Academy Award, “Argo,” Million Dollar Arm,” Grudge Match,” “The Incredible Burt Wonderstone,” “The Change Up,” “Marley & Me,” “Catch-22,” “Edward Scissorhands” and “Sunshine Cleaning.” Arkin has also directed several short films and written several books, including eight children’s books, and most recently his memoir, An Improvised Life.

CinemaCon will attract upwards of 5,000 motion picture professionals from all facets of the industry -from exhibition and distribution, to the equipment and concession areas – all on hand to celebrate the movie-going experience and the cinema industry. From exclusive Hollywood product presentations highlighting a slate of upcoming films, to must-see premiere feature screenings, to the biggest stars, producers and directors, CinemaCon will help jumpstart the excitement and buzz that surrounds the summer season at the box office.

SDCC 2019 | The Her Universe Fashion Show

Star Wars Day – May the Fourth Be With You!