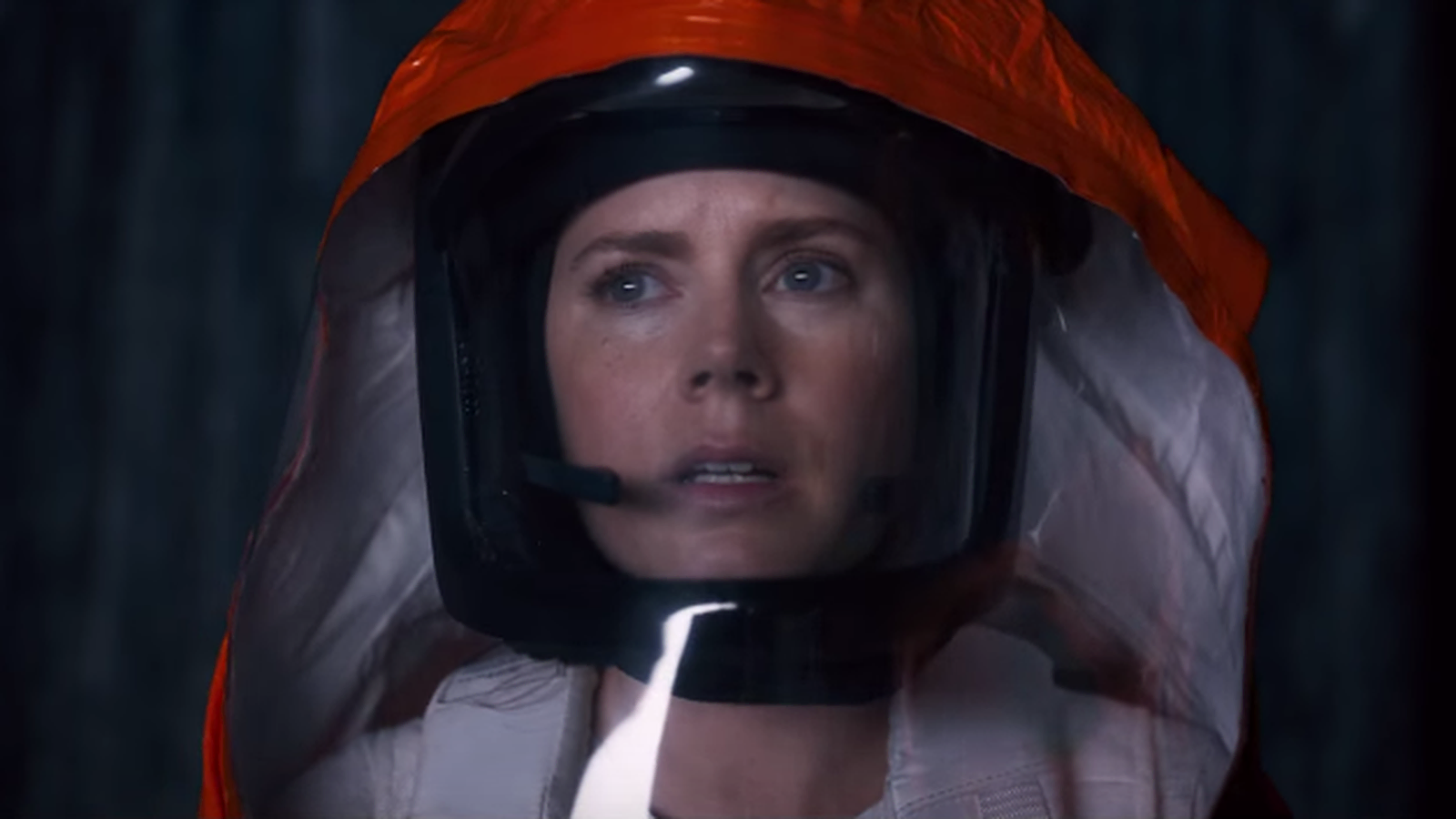 When Interstellar was released, it created a rabid discussion about the controversial ending. Arrival, the latest film by acclaimed director, Denis Villeneuve (Sicario, Prisoners), will evoke similar discussions. It is a film that will make you think, and it’s very likely many moviegoers will not understand the premise when the end credits roll, but it’s a powerful movie hidden within an alien invasion film.

The basic premise of Arrival focuses on mankind’s first encounter with alien life forms. On the surface, Arrival is a familiar first contact film, but as the story plays out the true focus of the film slowly reveals itself, having a far more significant impact on the audience. The film stars Amy Adams as Dr. Louise Banks, one of the top linguists in the world. When 12 alien ships land across the globe, the US Army gets Dr. Banks involved in an attempt to communicate with the alien race. Adams is joined by Jeremy Renner as Ian Donnelly, a leading theoretical physicist, and Forest Whitaker as US Army Colonel Weber.

Arrival is a fascinating science fiction film that forces the audience to think long and hard about the events playing out before them. As Dr. Banks starts to unravel the mysteries of the alien language, the other teams around the world are in a race to determine why the aliens have made contact. Some groups want to display a show of force, while others are just trying to create peaceful relations with the aliens.

The growing tension within the US Army camp and around the world are at the forefront of the film, but it’s the message behind all of this tension where the movie truly shines. Many science fiction films depict first contact as a time when humanity finally puts aside our petty differences and becomes one united species. Arrival goes beyond that ideal and tackles a greater question dealing with time and personal choice.

Some people who watch this film won’t understand what’s going on, even after things become clear to Dr. Banks. How much you enjoy the film will likely be directly connected to how much you understand the movie and what’s happening to Dr. Banks. Arrival is a film that most people will want to watch more than once. Not because it’s an amazing film (which it is), but because it becomes a different movie once you understand everything that’s going on.

Think of Arrival in a similar manner to how you probably viewed The Matrix the first time you watched it. As you watched The Matrix for the first time, you didn’t know what was going on. You didn’t know what the Matrix was or what was happening to Neo. You saw the events of The Matrix through Neo’s eyes and thought the real world depicted in the film was real, just like Neo did. When the thought of the virtual world was presented to Neo, he was just as shocked as the audience. However, once you finished the film, going back and watching it a second time offered far more insight into what was happening. Arrival offers a similar kind of sensation as things become more clear as you watch it a second and possibly third time.

If you’re looking for action and spectacle, Arrival probably isn’t the film for you. It’s a more grounded science fiction movie that makes you think instead of dazzling your senses with huge explosions and epic battles. There will be a lot of conversation about the events of Arrival and how the film plays out, as well as the true meaning behind the film. This isn’t a simple science fiction movie, it has a deeper meaning that will likely spawn conversations and arguments about the message the film is conveying.

For many science fiction fans, a film that makes you think is the best kind of sci-fi. However, Arrival isn’t perfect and suffers from some of the same issues that plagued Interstellar. The music of Interstellar occasionally made it difficult to hear the dialogue. While this was a deliberate choice by Christopher Nolan, some people didn’t like that decision. Similar issues occur with Arrival, where the music sometimes makes the audience question if what they’re hearing is a sound from the aliens or background music added for effect. The difficulty in understanding what’s going on, especially as Dr. Banks begins to realize what’s happening, may also turn some people off. However, minor issues aside, Arrival is a science fiction film for a science fiction fan, and stands above many recent entries in the genre.

Synopsis: When multiple mysterious extraterrestrial spacecraft touch down across the globe, an elite team is put together to investigate, including linguist Louise Banks, theoretical physicist Ian Donnelly, and US Army Colonel Weber. Humankind teeters on the verge of global war as everyone scrambles for answers—and to find them, Banks, Donnelly, and Weber will take a chance that could threaten their lives, and, quite possibly, humanity.