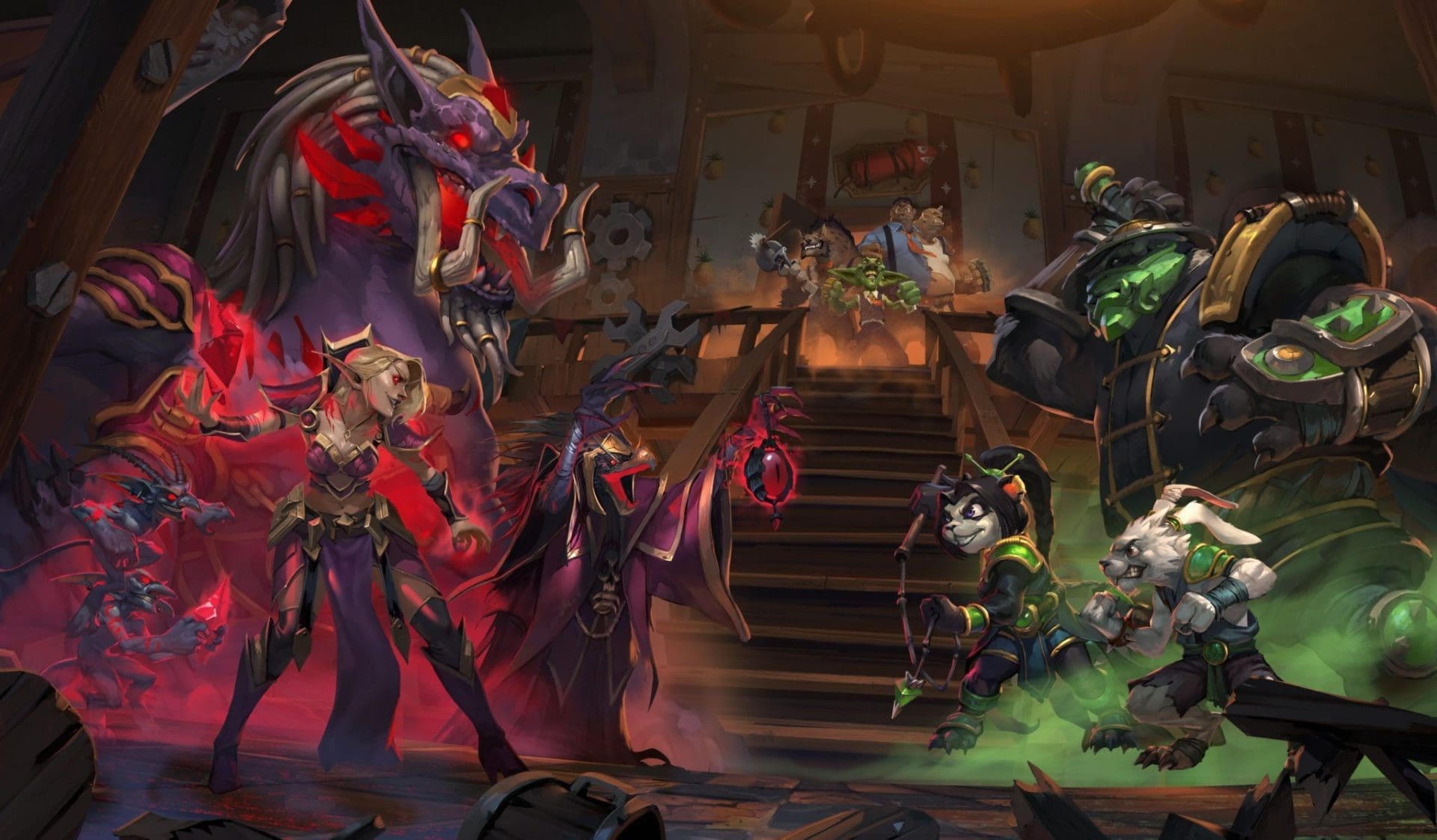 Prepare to hit the streets running by pre-purchasing a Mean Streets of Gadgetzan card-pack bundle at a special one-time-only price of $49.99

The back-alleys of Azeroth’s biggest trade city are bustling with smugglers, assassins, and outcast magic users—and they’re about to become your closest allies in  Mean Streets of Gadgetzan, the fourth expansion for Blizzard Entertainment’s  Hearthstone digital card game . Opportunity awaits in the dark corners of Gadgetzan, and those with the spunk and street smarts to befriend the local crime families can earn a lavish cache of contraband in the form of 132 new cards.

Mean Streets of Gadgetzan thrusts players into a lawless land where criminals from all over Azeroth have found a haven, free of scrutiny from the Horde and the Alliance. The fight for Gadgetzan dominance brought many petty perpetrators to town, but there are three crime families that truly rule the streets: the weapon-smuggling Grimy Goons, the assassins of the Jade Lotus, and the mana-hungry Kabal. Each family offers unique benefits to its own select set of three  Hearthstone classes, allowing them to utilize special tricks of the trade unavailable to rival families, so players will want to choose their allies wisely when building decks!

Coming to PC; Windows, iOS, and Android tablets; and mobile phones,  Mean Streets of Gadgetzan  card packs will be winnable in  Hearthstone’s Arena mode, and purchasable with in-game gold or real money at the same prices as  Hearthstone’s other card packs. Starting today, and up until the expansion is released later this year, those eager to hit the streets running can pre-purchase  Mean Streets of Gadgetzan  card packs in a special 50-pack bundle, online only at  http://www.battle.net/shop  for a one-time price of $49.99 (one purchase per account).

Get to know the families and learn more about  Mean Streets of Gadgetzan  at  www.Gadgetzan.com.