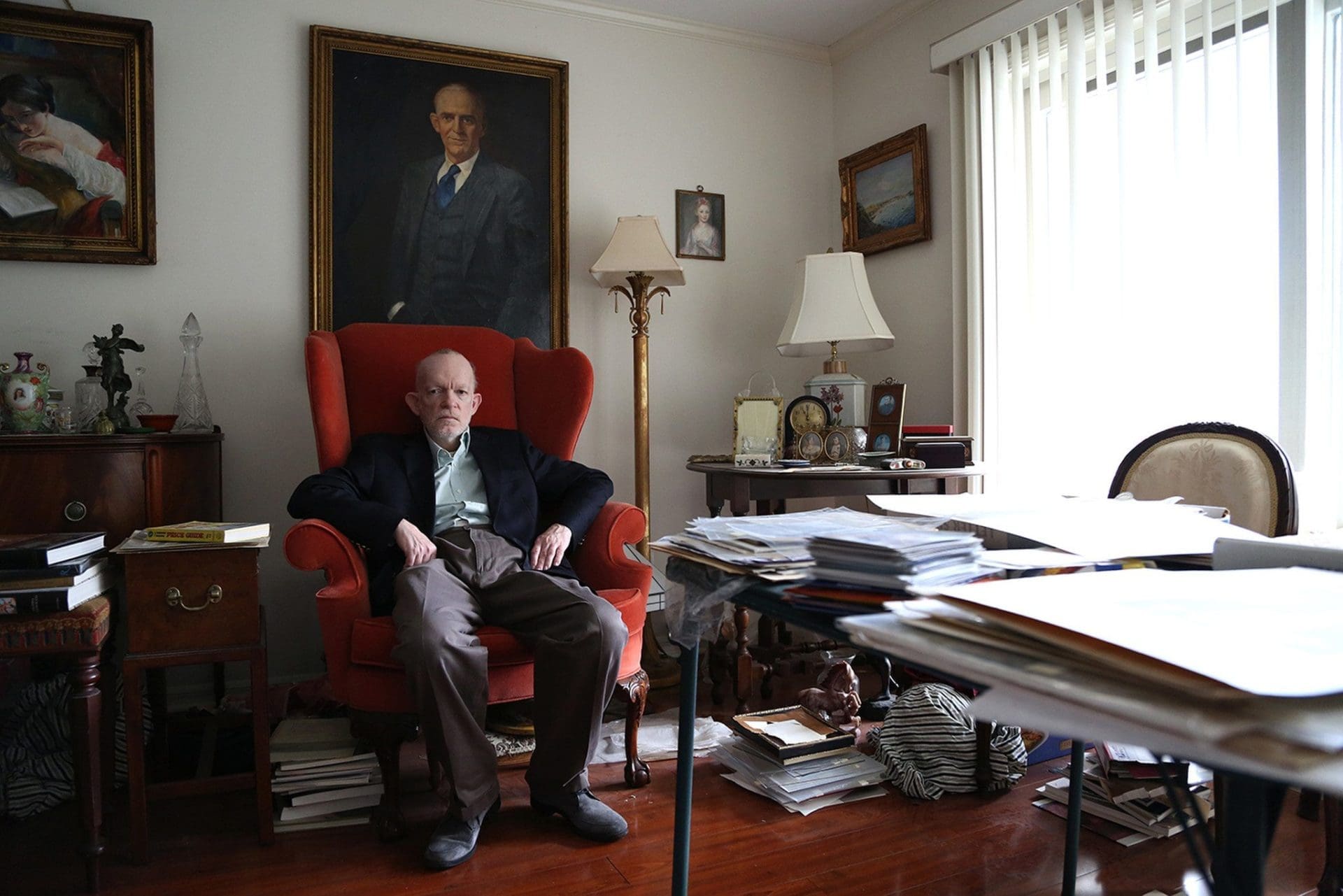 Imitation is the sincerest form of flattery.  It’s a concise way to ascribe validity to one’s work by acknowledging the artist that inspired you and showcasing your own talents in the process.  So what would one call it if an artist passed off works that were his own, but under the name of the original artist.  Fraud would be the easiest word and also con artist, but still an artist first and foremost.

In the movie Art and Craft, the town of Laurel, Mississippi is home to one of the most successful art forgers in American history.  Mark Landis began studying techniques of art in high school and eventually perfecting them in college.  His talent for emulating the work of other artists, classical and modern, led him to create many reproductions that would later end up in museums all over the country.  Mark developed secret identities to ensure his art would be taken upon as the real thing.  He’d create stories for his pieces of work that involved his deceased sister, which he didn’t have, or his mother.  One of his identities was a priest who would come across a rare work of art and felt it should be donated for public viewing.  His deception had carried on for decades and none of the museums that accepted his donations were any the wiser.  Until in 2008 when Matt Leininger, a registrar at the Oklahoma City Museum of Art, began to examine one of Mark’s donations more closely.  A few calls to several other museums led him to discover that, in many cases, the same painting resided in multiple galleries.  While an artist is known to reproduce the same image over and over, Matt started connecting the dots and notified the media of his findings.  Now that Mark Landis’ identity is uncovered, he is forced to reflect on his actions for the last 30 years and make peace.

Mark Landis is not a social man, even though his hobby requires he personally visit and discuss the work he is giving away.  He isn’t prone to aggravation or extreme distress either.  Even while his con is revealed, he remains mild-mannered as he rationalizes the whole charade.  He doesn’t come off as a criminal trying to swindle people with some clever chicanery.  He really enjoys the art he works on and doesn’t care about any acknowledgement.  Art he discovered at a young age staying in hotels with his parents overseas.  He’d spend nights pouring over catalogs of paintings his father gave him and sketching them as best he could.  He’s been doing it for so long it’s just who he is; so his daily life is one of reproduction and finding a gallery that will accept the pieces he deems worthy of exhibition.  His home, formerly his mother’s, is filled with piles of unfinished works and hidden gems that haven’t seen the light of day until now.

What keeps Mark out of jail is the fact that he never sold a single piece.  Every work was donated and it was the responsibility of the recipient to determine what they actually received and what they did with it after that.  Matt Leininger was certainly no fan since his investigation cost him his job.  The Oklahoma Museum City of Art felt it best to distant itself from Matt in order to salvage their reputation.  As time passed, however, Matt became less irritated and more intrigued. Even anticipating an encounter with him later on at a gallery showcasing Landis’ work, under his real name, with replicas of the original art on display next to his own.  Despite the ruse and embarrassment placed on the University of Cincinnati, they still recognized Landis’ talent and praised him wholeheartedly, encouraging him to pursue a legitimate art career.  Landis showed a tinge of remorse perhaps, if not outright humility, in admitting he was a genuine artist who preferred to remain anonymous while his replicas hung in galleries under someone else’s name.  He did employ several tricks to deceive any curator, coffee to age the wood and placing paint over an enlarged photo with some distinct markings to add character, but many works he produced were painted very delicately and showed a good amount of dedication.

While I certainly don’t condone how Mark Landis went about his secret philanthropic enterprise, I do appreciate the raw talent he possesses and hope his work can be viewed in some fashion or another by the public.  Maybe commissioning pieces for customers who want an authentic Mark Landis.  There is after all only one Mona Lisa and a poster at the gift shop just doesn’t give you that same feeling.  If someone can put a sincere amount of effort into reproducing that painting with every brushstroke and pencil mark, they’d be more popular than Thomas Kincade.  I can enjoy the cover of a famous song by some other band and still appreciate the original music and where it came from.  Imitation can even be more beautiful than the original.  As long as we still credit the creator(s) of this inspiration.

I recommend Art and Craft for the display of passion in Mark Landis’ art and the journey he takes from brilliant forger to reputable artist in the spotlight for the first time.  He may not have suffered the consequences of his actions, aside from an anxiety attack, but we all can learn something from this story.  It’s alright to accept the kind gestures of strangers, but in a world where intentions are disguised, for good or bad reasons, you should take care not to be caught off guard.  There is a Russian proverb that, loosely translated, means trust, but verify.  I’m sure museums are being more diligent now in authenticating their collections before putting them on display.  Still when the original is booked solid for the year, there will always be room for a Mark Landis.

About ART AND CRAFT

Synopsis: When one of the most prolific art forgers in US history is finally exposed, he must confront the legacy of his 30-year con.