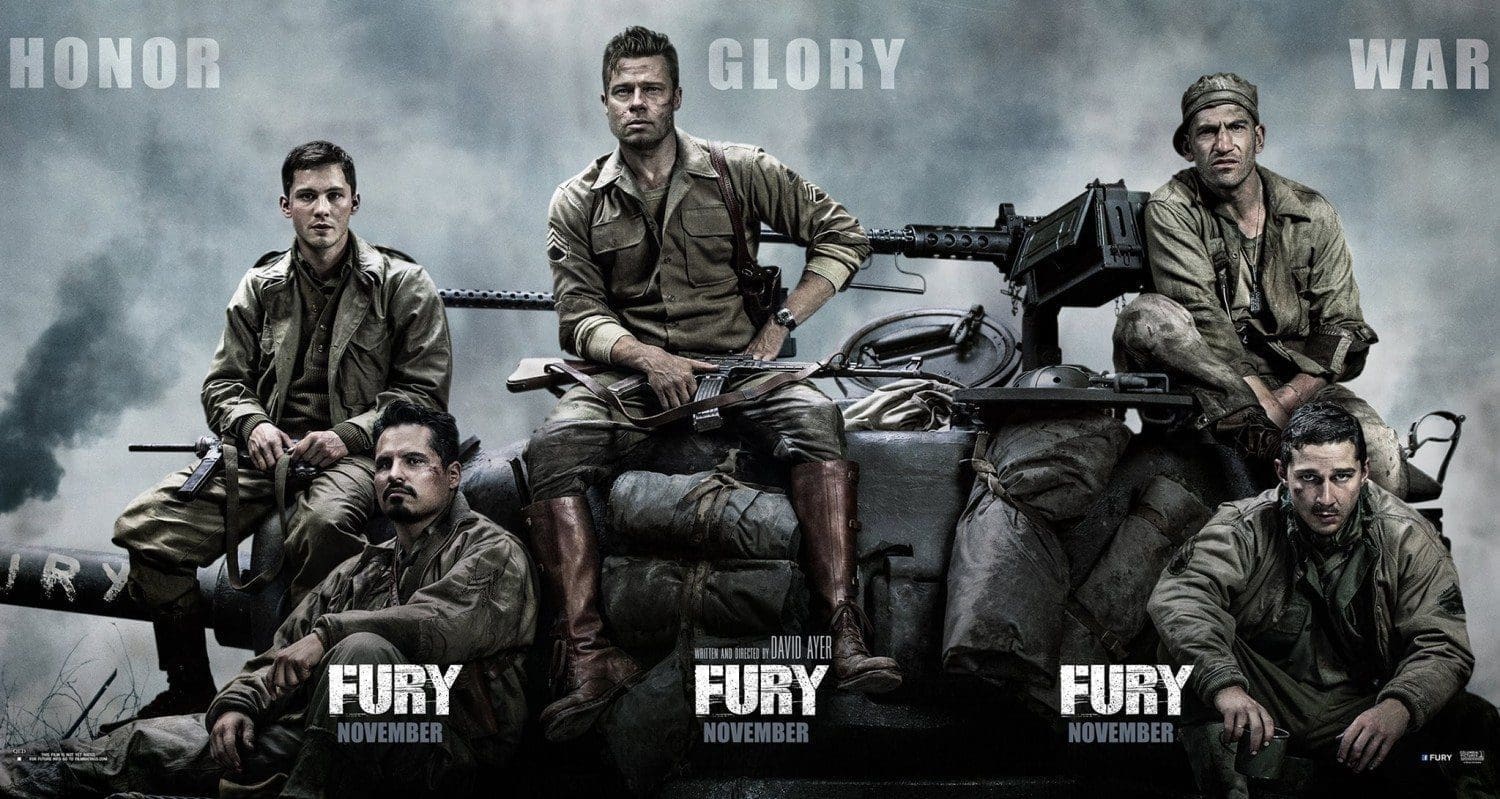 Most films concerning World War II fall into the same boat. They all try to be gritty and realistic while telling a dramatized tale of heroics or sadness. What separates the many World War II films is the acting, the heart of the movie, and how well the story is told. Fury does all of this very well, which should be expected with the solid cast that fills out most of the roles in the movie.

While Brat Pitt’s portrayal of Don “Wardaddy” Collier should be taking top honors for his acting, it’s come to the point where that’s just what you expect from most of Brad Pitt’s roles. It’s his supporting cast that really steals the show. This is partially because some of them offered surprisingly good work, while others went above and beyond to really sell the war-torn film.

Shia LaBeouf (Boyd “Bible” Swan), Michael Peña (Trini “Gordo” Garcia), Jon Bernthal (Grady “Coon-Ass” Travis) and Logan Lerman (Norman Ellison) really steal the show in Fury. Bible, Gordo and Coon-Ass make up Wardaddy’s primary tank crew, while Ellison is the newcomer to the group who isn’t even properly trained in how to operate a tank. His evolution as a character takes the audience on a journey through the thankless job of a tank crew in World War II.

Thanks to the solid acting of Lerman, the movie has plenty of emotion. By the end of the film the audience is invested in every single member of Wardaddy’s tank crew. There’s even a brief intermission from the fighting near the middle of the film in which Wardaddy and Ellison separate themselves from the rest of the group. During this time they forget about the war raging around them, and so does the audience. Then you’re quickly brought back into war-torn Germany as the film blasts into the third act.

The best way to describe Fury is by making some fairly obvious comparisons to other war movies. It has the realism of Saving Private Ryan (although the gore isn’t quite as gruesome) with the heart and dramatization of Inglourious Basterds. There’s plenty of death and destruction as you learn what it’s like to go from a new recruit to a combat veteran over the course of Fury’s 134 minute runtime. However, unlike Saving Private Ryan, Fury is a movie that doesn’t take away from the acting and emotional attachments by blistering the audience with excessive gore in the name of realism. There’s still enough gore to keep the audience focused on the fact that it’s World War II, but it’s not to the extent of Saving Private Ryan.

Fury definitely ranks among the upper echelon of war movies, but it doesn’t quite break into the top four or five. It’s a solid film with great acting, but you don’t make an emotional connection with the tank crew until well into the film. While that’s not a bad thing, it’s enough to keep it from being one of the best films of the year. It’s still a very solid movie and one of writer/director David Ayer’s best.

Synopsis: April, 1945. As the Allies make their final push in the European Theatre, a battle-hardened army sergeant named Wardaddy commands a Sherman tank and her five-man crew on a deadly mission behind enemy lines. Out-numbered, out-gunned, and with a rookie soldier thrust into their platoon, Wardaddy and his men face overwhelming odds in their heroic attempts to strike at the heart of Nazi Germany.