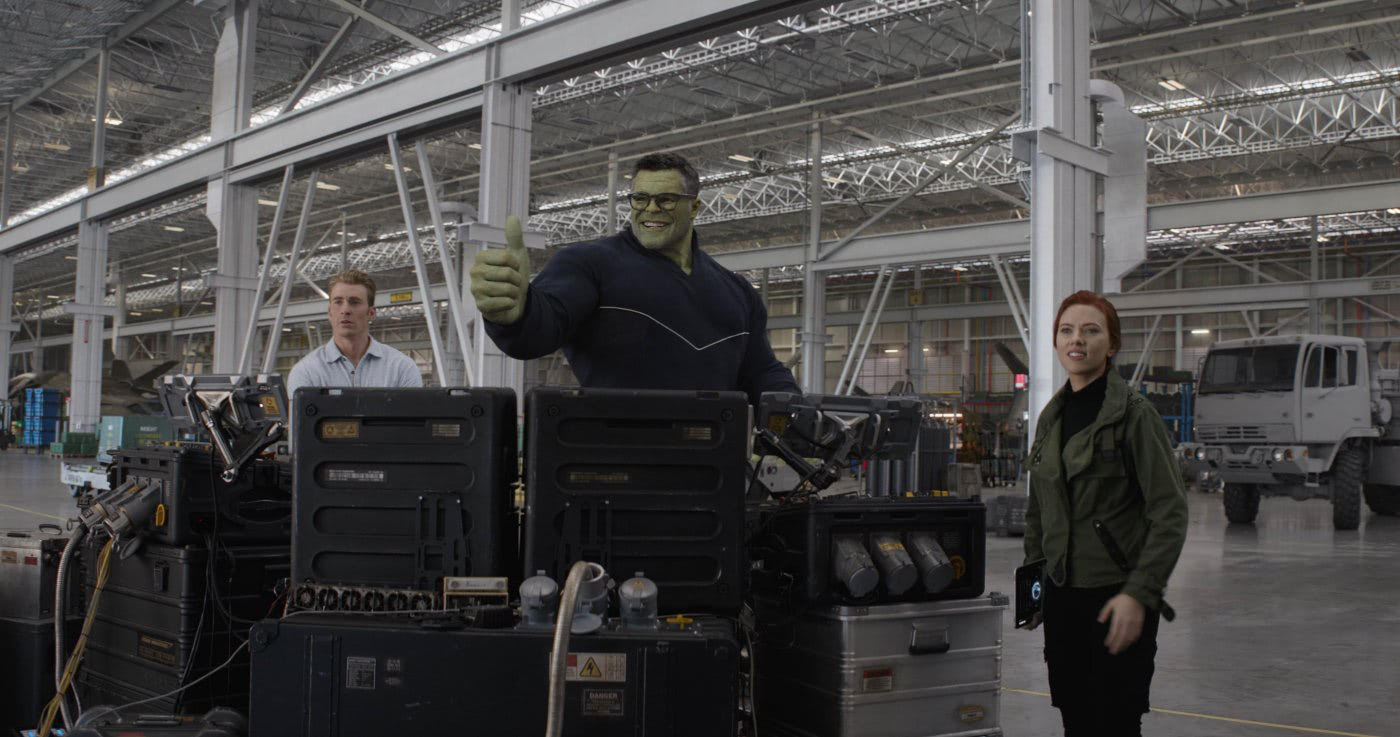 We had the exciting opportunity to chat with Dr. Amira Val Baker about the science of Avengers: Endgame and gained some valuable insight on how close the filmmakers got to real-world science. She has completed her Msci in Astrophysics from University College in London and holds a Ph.D. in Astrophysics from Open University. It would be an understatement to say she is pretty qualified to share her thoughts on the science of the film.

The following conversation does contain major spoilers for the Avengers: Endgame so if you haven’t seen the movie yet, we suggest browsing other content on our site.

Okay, last chance. Turn away now if you still need to see the film first.

We hope you enjoy the interview!

GNN: Can you give us a little background about yourself for our audience?

Dr. Amira Val Baker: My name is Amira Val Baker. I am a 40-year-old married female from Cornwall in the United Kingdom and am currently a research scientist at Torus Tech laboratories in Orange County, CA. My background is in astrophysics, where my PhD focused on black holes and neutron stars. Black holes are still my focus of work but now from a more unified perspective which sees black holes as the connecting factor between sub-atomic matter and cosmology.

GNN: Time travel is obviously the main scientific plot point of Endgame. Is there a specific “real world” principle/theory on time-space mechanics that this movie uses as its basis as an explanation for how the Avengers were able to operate in the past without distorting their futures?

Dr. Val Baker: Mathematically speaking, according to Einstein’s field equations, time travel into the past is allowed. The feasibility of this is another question. However, feasibility aside there is the problem of causality violation. For example, if you interacted with the past would that change your future resulting in you not being able to time travel i.e. if you go back in time and kill your grandfather would you cease to exist? This is known as the Grandfather paradox, from which Hawking concludes that causal violation and thus time travel is impossible. The chronology protection conjecture, formulated by Hawking, therefore states that the laws of nature prevent a time machine from being created.

However, physicist David Deutsch proposed a model where the grandfather paradox can be avoided at the quantum scale. That is, in a world of probabilities there would only be a probability that you would kill your grandfather and therefore probabilistically speaking you could be fine. This has been successfully simulated with photons, but only in terms of their states with respect to ‘normal’ time and not time travel. We, of course, are not photons so for the time being an analogy is all it can be. Furthermore, as an advocate of the many world’s theorem David Deutsch suggests that any change in time will not change the timeline you have traveled back in time to, but instead will create a new timeline that branches off from the timeline you are currently in. Thus, if you kill your grandfather nothing will happen in your timeline, instead, a new timeline will branch off where the grandfather is dead and thus you do not exist. This is how the avengers were able to travel back in time without distorting the future of the timeline they are in.

GNN: How well did the movie do to explain these principles?

Dr. Val Baker: The movie did a good job of portraying this and even gave references to past movies that had brought up this paradoxical issue. As well they mentioned the Deutsch proposition as a means to navigate their difficult task of going back in time without changing their future. However, they failed to mention that the David Deutsch proposition stems from the many world’s theorems postulated in 1957 by Hugh Everett. This theorem is a consequence of the Copenhagen interpretation of quantum physics which describes the quantum world in terms of probability waves – that is everything exists in a superposition of states until we observe it and the wave function collapses. This view of the world is probabilistic so to remove randomness the many worlds theorem was postulated which suggests that all possibilities occur in parallel universes. For example, say I turned right in this universe I may have turned left in another universe. So, although appealing for the story, parallel universes are just a hypothetical consequence of one interpretation of quantum mechanics.

GNN: There were a lot of questions to how old man Captain America was able to go back to the original timeline when he, according to the movie science, supposedly created a new timeline for himself and Peggy Carter. Is there an explanation for how Cap was able to do this?

Dr. Val Baker: I am not sure of the interweaving Marvel Universe storylines and maybe this will be revealed later. One explanation could be that he stayed in the timeline he traveled too, lived his life and then when he was ready, and with his knowledge of time travel, he traveled back to the original timeline. Of course, the feasibility depends on our ability to not only time travel but as well to travel between parallel timelines – if they exist that is.

GNN: Nebula was also a big factor to the end battle, and they used her as a bridge between the future Thanos and past Thanos. Is there a science to explain why future Nebula and past Nebula had a neural connection sharing their experiences whereas the other Avengers didn’t have this connection with their past selves?

Dr. Val Baker: In the movie, the future Nebula gets into a spot of trouble with Thanos and her past not-so-nice self is able to access her memories and information from her future self. Again, I am not too clued up on all the Marvel universe storylines and characters, so I had to ask my 19-year-old stepson Yeop for help on this one. He said Nebula is part AI (artificial intelligence) so it might be like two computers sharing a cloud system. This makes complete sense and obviously as the other avengers are not AI this is why they did not have the same experience. Although there are theories that suggest a universal mind. For example, the morphogenetic field proposed by Rupert Sheldrake and the unified space-memory network as described in a paper I co-authored with Nassim Haramein and William Brown. The unified space memory network is similar to Einstein’s block universe theory that states “past, present and future are all simultaneous” and thus sees time as all now. If time is all now, then with a universal field such as the unified space memory network we could access any point in spacetime – or space memory. In that case, all the Avengers, not just Nebula, could have a connection with their past selves.

GNN: The science of space travel often overlooks the fact that you need a different kind of engine in the vacuum of space compared to use within the atmosphere of the Earth. Captain Marvel ignored this, but Endgame showcased this difference. Who do they consult with to get this information, and is there a general list of science dos and don’ts that they go by (at Marvel)?

Dr. Val Baker: As I mentioned above, although time travel is allowed mathematically, the feasibility is a whole other story. Possibilities include the suggestion of wormholes – tunnels connecting spatially separated regions of space-time – which are theoretically predicted at the Planck scale (the smallest theoretically known unit). Whether we could enlarge these Planckian wormholes to macroscopic sizes or shrink ourselves down to Planckian size, as implied in Endgame, is another thing. Another possibility, as most remember from Star Trek, is teleportation which relies on a phenomenon known as quantum entanglement. However, currently, this is only achieved with photons which can be teleported up to 300 miles away.

GNN: As a scientist, how do you compartmentalize the scientific liberties taken when watching a movie like Endgame and still enjoy it?

Dr. Val Baker: Science is a work in progress and as a scientist, we have to be open to new possibilities and the realization that the way we perceive something to be, could be wrong. Watching movies is the chance for me to not think and just be carried away in the story so enjoying it is easy. It is more of a problem for my husband Ariffin who has a background in film and will notice things that I didn’t even know were a ‘thing’ LOL.

A huge thanks to Dr. Amira Val Baker for taking the time to chat with us about Avengers: Endgame!