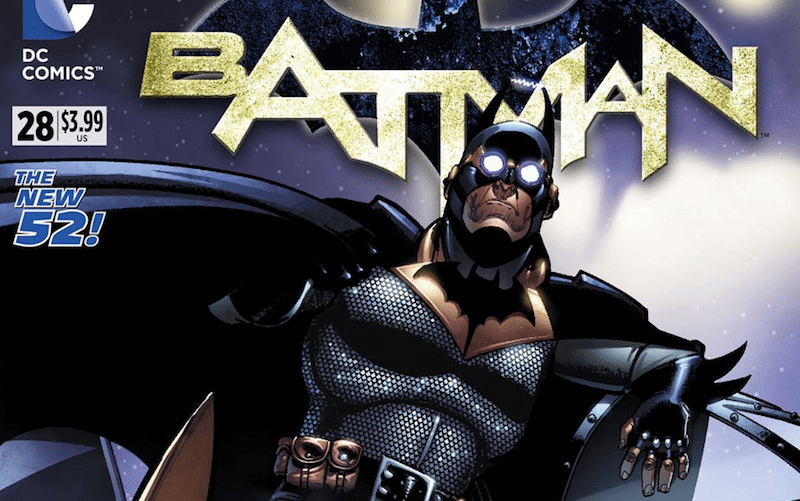 Don’t make the same mistake I almost made and skip out on Batman #28 because it has no ties to the current “Zero Year” storyline of the last seven issues. Although this issue acts as a primer for the upcoming Batman: Eternal weekly series, Batman #28 also presents a radical status quo change in the Batman universe, putting a fan-favorite character back into the mix while elevating the importance of a current supporting character to a long-rumored role (sort of). It’s only a disappointment in that the resolution to this issue won’t be coming in next month’s installment but rather a new book altogether. However, for those readers thinking about checking out the new series, writers Scott Snyder and James Tynion IV have crafted quite the enticing preview that should leave the Internet populous salivating for more.

Similarly to what has occurred in the current “Gothtopia” event across the other Bat-titles, the Gotham at the center of Batman #28 is not the same Gotham we’re used to. This is not the sunny side version of the city, however, this is New Gotham, and Snyder and Tynion explore this near-future landscape through the eyes of arguably one of the best new characters to come out of the DC New 52, Harper Row. Harper has been Snyder’s go-to supporting character when he wants to take a one-issue trip off the beaten path of Batman, and it’s great to see, at last, the rumor of her taking up the mantle as Robin addressed. At some point the importance of the plot does get lost to the heaping amounts of fan service being piled on, and the last panel of the issue will definitely be a head-scratcher to anyone not up-to-date on Internet outcry since the DC relaunch in 2011. But outside of cult-favorite characters, Batman #28 also contains one of the best versions of Catwoman to grace comic pages in quite some time; it’s good to know there’s hope for that character in the near-future Gotham.

Befitting of a glimpse into this new version of Gotham, Dustin Nguyen handles the art duties from regular artist Greg Capullo. There’s definitely a noticeable loss of detail in the character designs from Capullo to Nguyen, but for the most part, Batman #28 retains the same look as the issues that have come before it. Nguyen does manage to add his own stamp on the familiar characters, most notably updating Harper’s look to include a more aggressive punk influence than her prior appearances. Her crime-fighting suit is seemingly designed with a similar mentality, as Nguyen renders Harper’s alter-ego in a way that certainly bucks the trend of Batman’s previous sidekicks and should be a popular cosplay idea in the not so near future. John Kalisz’s colors provide the stark contrast between the dingy streets of New Gotham and the pristine environment of The Egyptian nightclub where most of the action takes place. It’s not the most exciting locale, but the actual content of the issue has me more than excited for what comes next.

Batman #28 should not be overlooked, even if it is coming at an inopportune time during the Zero Year arc. It provides more than one reason to check out the new weekly Batman: Eternal series when it debuts next month, a book that I for one had written-off entirely as a shameless cash-grab. After reading Batman #28, I might be taking a hammer to my piggy bank.

The Banished of Muirwood | REM Cycle to Reality