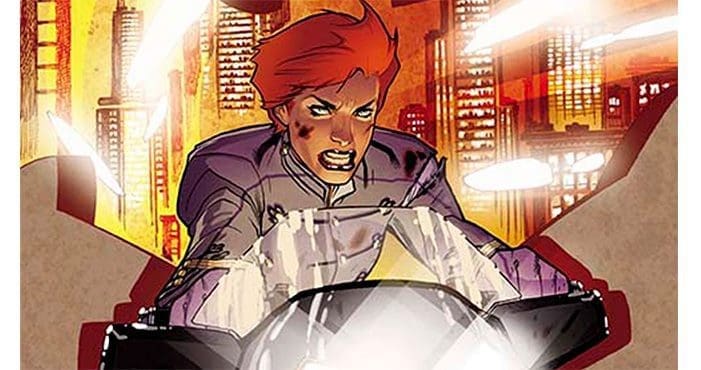 Even before its release, I knew that Batwoman #25 would not be the issue to judge new series writer Marc Andreyko by. This issue has a number of negative precursors attached to it, the biggest of those being the controversial removal of previous series writers JH Williams III and Hayden Blackman from what was supposed to be their final contribution to the series. Andreyko was forced to step up early, and accompanied with a stable of different artists and an unnecessary tie-in to the current Zero Year happenings in Batman, he’s done the best that he could do given the situation. That doesn’t make Batwoman #25 a complete success, but it’s not an excuse to write-off Andreyko either.

Part of the problem with a “Zero Year adventure” is that in such a short history of the character in this current incarnation, Kate Kane has already had two #0 issues chronicling her earlier years. Andreyko’s effort is not as interesting as those previous entries and even goes against the grain of established history. Kate’s arrest in this issue by her future fiancé Maggie Sawyer feels too happenstance and I much prefer the subtle meeting between the two all the way back in Greg Rucka’s Detective Comics run. There are, however, a number of substantial contributions from Andreyko to the Batwoman lore. Watching the aforementioned Maggie as she is transferred from Metropolis to Gotham fills in her backstory nicely, and the interaction between Kate and her cousin Bruce Wayne intertwines the characters effectively. Since most of these “Zero Year adventures” feature characters in shoehorned situations, it’s a relief that Andreyko was able to find a legitimate reason for Kate and Bruce to interact.

As previously stated, there are multiple artists accompanying Andreyko on this issue as an obvious patchwork to get the story out on time, and the result is a surprisingly cohesive comic. Trevor McCarthy, Andrea Mutti, Pat Olliffe, and Jim Fern all work hard to keep Kate’s look apropos as a fresh-faced, still Westpoint-enlisted recruit. Noticeably, the art style changes to much thicker, darker lines in the middle of the issue but it’s nothing that detracts from the overall story at all, and in fact, the change feels right given the switch from day to night. None of these artists will be contributing to the book moving forward, so it’s entirely possible that next month’s contribution from new series artist Jeremy Haun will be a complete visual departure from this issue. But as it stands, Batwoman #25 is a considerable effort from some last-minute recruits that could have been much, much worse.