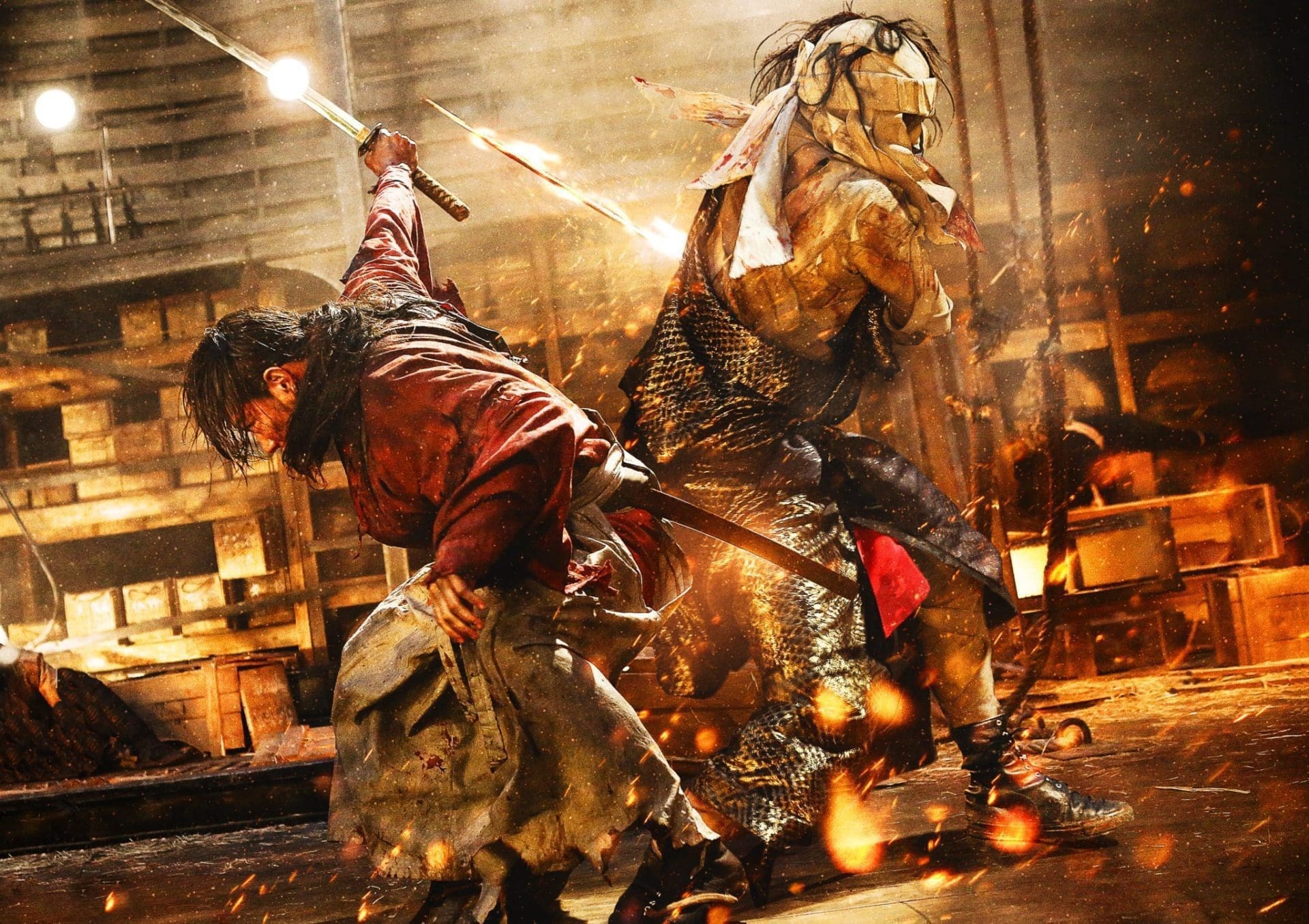 The epic finale of Japan’s No.1 Box Office sensation based on the
best-selling manga!

All good things must come to an end and in Keishi Ohtomo’s live-action final chapter of Nobuhiro Watsuki’s best-selling manga, fans will be awestruck by some of the most amazing sword-fighting action scenes ever seen on film!

Following on from the Rurouni Kenshin: Kyoto Inferno cliff-hanger; in this final chapter, Shishio (Tatsya Fujiwara) has set sail in his ironclad ship to bring down the Meiji government and return Japan to chaos, carrying Kaoru (Emi Takei) with him.

After jumping overboard into the sea, Kenshin (Takeru Sato) is saved by his former mentor, Hiko Seijuro (Masaharu Fukuyama) and in order to stop Shishio in time, Kenshin enlists the help of his old master to train for the ultimate battle between hero and villain in an epic blood-drenched showdown!

Does Kenshin have what it takes to defeat Shishio, or is Shishio’s sheer insanity just too much to handle?

The conclusion to the epic trilogy, Rurouni Kenshin: The Legend Ends, had a record-breaking opening of more than 1.3 billion yen ($12 million) and more than 1 million admissions at the box office over the three-day holiday weekend (September 13-15). Saturday and Sunday alone made over 900 million yen ($8.4 million), which ranks as the top opening weekend box office this year in Japan for both local releases and Hollywood films! The phenomenal success from the two sequels marks a legendary opening, making this “The Year of Rurouni Kenshin.”