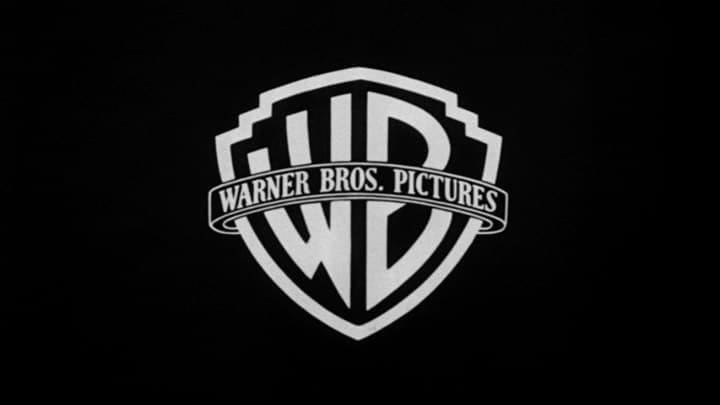 Warner Bros. has been the number one or number two highest grossing movie studio for nine out of the last 10 years. This past year Disney took the crown with a number of high-profile franchise releases. While most would think WB would come out of the gate with guns blazing for its CinemaCon 2017 showcase, that wasn’t quite the case. There were some big highlights, but overall the presentation left many wanting.

Christopher Nolan was on-hand to show off an extended look at Dunkirk. While many other directors have been showing off their work this week at CinemaCon, many of them started off with simple greetings, introducing cast members and other various pleasantries. Nolan got straight to the point by immediately talking about the real-life events of Dunkirk during World War II and what drew him to the project.

Nolan’s serious and professional manner was also showcased in the footage of Dunkirk that followed his initial comments. The film was shot on 35mm celluloid and will be released in all large formats, include 70mm IMAX. This is Nolan’s first movie that he filmed almost entirely with IMAX cameras. If you’ve seen The Dark Knight, Inception or Interstellar in IMAX, Dunkirk will top all of them in terms of visual spectacle. It’s World War II, Christopher Nolan style and it’s everything you’d expect from the famed director. We’ve got more detailed coverage of the footage in our companion article.

Annabelle Creation and It

Next up were WB’s pair of horror films coming in the late summer and early fall. Annabelle Creation looks similar to the first film and just as terrifying, while It was the highlight of the two. The return of the clown is highly anticipated and the footage WB showed off was just as eerie was the original. Annabelle Creation releases on August 11, while It will release on September 8.

There wasn’t a lot of new footage to be seen for the suspense thriller that stars Rosario Dawson and Katherine Heigl in a case of a bad ex-girlfriend. If you’ve already seen the previously released trailer, you have a good idea of what was shown off at the presentation. Rosario Dawson is the son-to-be wife of a divorced father with a young daughter. Katherine Heigl is the previous wife who is still hanging around and turns in her best Single White Female performance, trying to destroy the relationship between her ex-husband and Dawson’s character that may or may not end in someone dying as all the lies and deceit begin to mount.

WB followed with the young adult film, Everything Everything. The popular novel is about a young girl with a fatal disease that’s forced to stay inside her home. When she meets her new neighbor, the two fall in love and the story shifts to what’s more important, living your life or staying alive but closed off from the world. The movie should appeal to pre-millennial women as it falls right in line with The Fault in our Stars and other similar films.

A pair of comedies was next up for WB, starting with Bastards, which stars Ed Helms and Owen Wilson. Director Lawrence Sher and star Ed Helms were on-hand to discuss the film before showing off a new trailer. After a somewhat awkward attempt at humor, the footage was similar to what many have already seen in the first trailer. Wilson and Helms are in search of their father as they go through a series of men who their mother was with in the past. It’s a fairly crude comedy that will likely appeal to the Neighbors crowd, with plenty of sexual and mom jokes.

The second comedy WB had to show off was the Will Farrel, Amy Poehler film, The House. After the two parents find they don’t have enough money to send their daughter to college, they open an illegal underground casino. Jason Mantzoukas from Brooklyn Nine-Nine and The League TV shows plays their friend, who encourages and facilitates the casino. As you might expect, hilarity ensues as things get crazier and crazier.

King Arthur: Legend of the Sword

Guy Ritchie’s upcoming King Arthur: Legend of the Sword has some stiff competition with a May 12, 2017 release date, only a week after Guardians of the Galaxy 2 and the week before Alien: Covenant. The film stars Charlie Hunnam as the fabled King Arthur, with Jude Law playing his adversary, Vortigern. This isn’t your typical telling of the King Arthur tale, with the magical Excalibur sword offering Arthur powers beyond his imagination. With Richie’s trademark rapid cuts and a fantasy element involved, Legend of the Sword looks to be a solid summer movie.

The final trio of films before WB shifted to DC movies was the apocalyptic Geostorm, the futuristic Blade Runner 2049 and the animated Ninjago LEGO film. You can check out details on Bladerunner in our Sony presentation write-up. The film is being distributed by Sony internationally and Warner Bros. domestically, so both studios offered a presentation for it.

Geostorm looks like the next generation of The Day After Tomorrow. Most people don’t have a good memory of that film, and at the moment Geostorm doesn’t look to improve on that. While the two films are not directly related, they share a very similar premise, weather is on the verge of causing an end to the human race and something has to be done to stop it. Geostorm stars Gerard Butler in a role that loosely resembles the tough guy he played in the Olympus Has Fallen and London Has Fallen franchise, but this time he’s fighting a weather controlling satellite that’s fallen into the wrong hands and is threatening the Earth with catastrophic weather.

Finally, Ninjago is the third in what will likely be a long-running LEGO franchise. WB was touting a LEGO shared universe between Ninjago, The LEGO Movie and LEGO Batman. So far that seems to be working well for the company as the first two films have been blockbuster hits. We didn’t see much new footage of Ninjago, but what was shown was very similar to the first trailer released a few months ago. It’s an action-packed animated movie filled with comedy and aimed at kids, while still have a few nods to adults.

With Marvel having a huge lead over DC in the worldwide box office, we expected WB to come out with guns blazing when it was time to close the presentation with DC films. All of the stars of the Justice League (including Henry Cavill) were on-hand, but they didn’t have a lot to say.

Aquaman has just started production and director James Wan showed up a series of concept art images that provided an almost Star Wars-like vibe with massive underwater battles. However, it was revealed that Aquaman is somewhat of an origin story, just like Wonder Woman. While it could work very well, it was a little disappointing to hear Aquaman’s third film will be an origin story.

The footage from Wonder Woman had already been shown at previous events, but never to the public. It was a set of scenes showing Chris Pine and Gal Gadot interacting in a humorous and somewhat awkward (in a good way) fashion. There was a lot of slow motion between the Wonder Woman and Justice League footage, and while WB and DC will have to do more than offer a few flashy trailers to get my attention, I certainly hope all three DC films on display will raise the brand to provide better competition with Marvel’s offerings.