Day 2 of Cinemacon 2019 kicked off with a presentation regarding the state of the industry; celebrating the ongoing success of movie-going with record breaking numbers seen both domestically and globally. Following several speeches and awards presented by and to prominent entertainment business professionals, we then had the pleasure of Adam Fogelson, Chairman of the Motion Picture Group, who presented STX’s upcoming slate. Fogelson is one of the best presenters at Cinemacon; you can see on stage the passion he has for his studio’s projects and his love for the people he gets to work with.

STX Films is one of the newer studios, established only 4 years back in 2015, with only 2 films in their first year. They now have 27 projects under their belt, most of which are star-driven, mid-budget films. Some favorites that stand out for me are The Gift, Edge of Seventeen, The Boy, & Molly’s Game. STX is proud to make inclusivity a primary focus of their company. Fogelson was proud to be a part of a studio that supports women in the film industry, doing well above the 4% challenge, and making films for women, about women & by women. With that being said, he has brought with him a variety of upcoming films for the movie-going public to enjoy, here is what to expect in the upcoming year from STX Films.

First, we got an extended trailer for The Best of Enemies, starring Taraji P. Henson and Sam Rockwell. The film portrays the true story of civil rights activist Ann Atwater facing off against C.P. Ellis, Exalted Cyclops of the Ku Klux Klan, in 1971 Durham, North Carolina over the issue of school integration and how the two actually became unlikely friends. The trailer shown included footage of the actual Ellis and Atwater looking back on these events. I am looking forward to seeing what looks to be a very powerful film in theaters this Friday April 5th.

The next film to be presented stars Diane Keaton as a woman who when facing her own mortality moves into a retirement community and creates new friendships with other women when they create an adult cheer-leading squad. POMS is a comedy aiming to prove that you’re never too old to bring it on. The footage we were privy to showed us an extended look at the ladies trying out for the squad. It had some funny moments and highlighted this funny all-star cast of women including Pam Grier, Jacki Weaver & Rhea Perlman. Diane Keaton was present to promote the film and told a story about how she always wanted to be a cheerleader when she was younger but was never coordinated enough to do so; and talked about how much fun she had making this film. This film comes out May 10th, just in time to take your mom to see it for Mother’s Day.

The next film featured is Chadwick Boseman’s upcoming project, 21 Bridges. Boseman is starring in the film as well as producing it along with the Russo Brothers. The film also stars Sienna Miller, Taylor Kitsch, and JK Simmons. 21 Bridges follows a disgraced detective in the NYPD who is given a shot at redemption. Thrust into a citywide manhunt for a cop killer, he begins to uncover a massive conspiracy that links his fellow cops to a criminal empire and must decide who he is hunting and who is actually hunting him. During the manhunt, Manhattan is completely locked down for the first time in its history – no exit or entry to the island including all 21 bridges. Boseman was present to promote the film . He prepared for this role and got into the right head space by doing a ride-along with cops in both the LAPD and NYPD. He was able to experience and understand some of the horrific things the police see day in and out in their jobs to help him understand how the job can take over your whole life. This action packed crime thriller will hit theaters in July.

The next film presented is a family comedy, My Spy, starring Dave Bautista, Chloe Coleman, Kristen Schaal & Ken Jeong about a CIA operative on the verge of being removed from his role. He then finds himself at the mercy of a precocious 9-year-old girl after she stumbles into his undercover operation to surveil her family. He says he will teach her to be a spy if she doesn’t tell anyone what she stumbled across, and the two learn life lessons from one another. This film looks like fun and gives me the vibe of a Kindergarten Cop or The Pacifier. Both Bautista and Coleman took the stage to promote the film. Coleman held the crew accountable for their language while filming as she had a swear jar set up, which Bautista claimed to have put $200 into throughout their time on set. Bautista also spoke about enjoying being a producer on the film and getting to be involved in the entire process form start to finish. This film will be great for the whole family and will be out later this year.

Switching gears from family films into the horror genre, we saw footage from the upcoming film Brahms:The Boy 2, the sequel to STX’s hit The Boy. In the sequel, a family with a young son who appears to be dealing with some type of trauma and a lack of communication (Katie Holmes, Ralph Ineson, Christopher Convery) moves away into the Heelshire Mansion. The son soon makes friends with a life-like doll called Brahms and evil takes over the child. The trailer was creepy and I expect to be thoroughly creeped out by Brahms once again. Katie Holmes was present to promote the film. She says she loves making horror films, but has a hard time watching them. She said that as a mother the idea of an evil presence taking over your child is a scary feeling and that parents will be able to relate to that need to protect your child at all costs. Be sure to see this film in the theater in July.

We next got a look at Guy Ritchie’s new film The Gentleman, about a British drug lord trying to sell off his highly profitable empire to a dynasty of Oklahoma billionaires. This film has a star-studded cast including Hugh Grant, Matthew McConaughey, Charlie Hunnam, Henry Golding, & Colin Farrell. The film has a vintage Guy Ritchie style as can be seen in his previous popular films Lock Stock and Two Smoking Barrels, and Snatch. His brand of kinetic humor is evident in the trailer. Hunnam and Golding took the stage to promote the film and spoke about how exciting it was to be a part of this gangster film. Hunnam said it was incredible, yet intimidating to work with such amazing talent; and Golding spoke about how much joy it gave him to work with such a collaborative director. This action crime film will be available in 2020.

One of my favorite novels as a child was The Secret Garden. Next April the remake of this classic novel about an orphaned girl who discovers a magical garden hidden at her uncle’s house along with her ill cousin will be in the theater. The film stars Colin Firth, Julie Walters, Dixie Egerickx, and Edan Hayhurst. The footage in the trailer was bright & beautiful. This will be a great film for the whole family. I personally can’t wait to see this.

Other upcoming STX projects were mentioned very briefly in the presentation, but no footage was presented as the projects are not far enough along at this point:

STX is excited to enter the animation film industry this May with the comedic musical UglyDolls. Audiences will go on an adventure where the free-spirited UglyDolls confront what it means to be different, struggle with a desire to be loved, and ultimately discover that who you truly are is what matters most. This film has nine original musical numbers performed by Janelle Monae, Kelly Clarkson, Nick Jonas, Pitbull, Blake Shelton, Pentatonix and more. Clarkson and Pitbull were present to promote the film, and stated that they both love being involved in a film that encourages individuality and self-worth. Clarkson also said that it’s a hard time to be a kid in this age of social media; the message that “unique is cool” resonates with her as a mom and this will be a film that families will want to see together.  We got to see extended footage of 3 songs from the film, Today is the Day, The Ugly Truth, and Unbreakable. Clarkson then did a live performance of the song Broken & Beautiful to close out the presentation. You can see UglyDolls in theaters May 3rd. 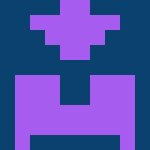 An Interview with Mike Choi at Phoenix Comicon ’13