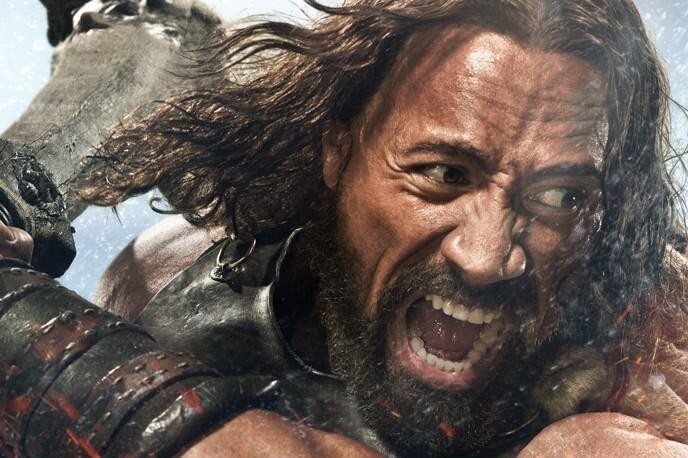 CinemaCon 2014 kicked off with a bang tonight at the Paramount Pictures panel. The movie studio doesn’t have a lot of movies coming this year, but what it does have is looking impressive. We saw debut trailers for Hercules and Teenage Mutant Ninja Turtles, as well as a lengthy preview of Transformers: Age of Extinction. We also caught the previously released Interstellar trailer, and brief glimpses of the new 3D Spongebob movie, Hot Tub Time Machine 2, Project Almanac, and Noah.

Project Almanac looked very impressive from the snippet of footage shown. According to Paramount, the movie is about time travel and making minor changes that cause huge ripples. It looks to be something along the lines of The Butterfly Effect, but with a found footage look similar to Chronicle and Paranormal Activity. Spongebob looked far more grown up than what most are accustomed to, with only his head being squared off, but sitting on what resembled a normal human body. It will be interesting to see more footage of that to determine what the end result will look like. What little we saw of Hot Tub Time Machine 2 also looked funny, given that the crew was being questioned about arriving at their destination in a hot tub. 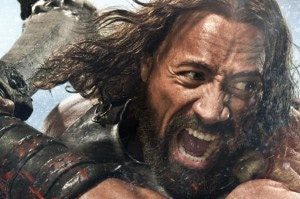 After the quick montage, Dwayne Johnson was first up, making a moderately flashy entrance from the rear of the auditorium. He took the crowd on a journey through the production of Hercules and his six months in Budapest, something you can see for yourself on The Rock’s Twitter account. After a few laughs about a prosthetic private part, the first footage of Hercules was finally shown.

The trailer was upbeat, but not your typical montage of rapid fire action sequences. The action sequences were put on display, but you got to see how the scenes played out a bit more than most début trailers show. Cerberus and Hydra were the highlights of the trailer, showing that while this film takes place before Hercules becomes a legend, there are still plenty of legendary monsters and locations to be had.

Ancient cityscapes were seen in the wide shots before showing off a bit of intimacy between Hercules and love interest Megara (Irina Shayk). It’s clear that Hercules will be challenged at every opportunity as his abilities are called into question throughout the trailer. In fact, the major theme at play is just who is Hercules. On July 25 the world will find out, and after watching the debut trailer, it’s going to be a long wait. 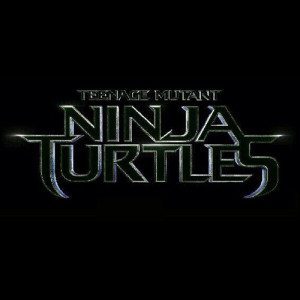 Michael Bay wasn’t on hand this year to showcase the new footage of Teenage Mutant Ninja Turtles, but the footage more than made up for his absence. It was also aided by the light banter between David Cross and Will Arnett. The debut trailer wasn’t overly long, but what it showed looked very promising.

Megan Fox definitely has the stern look of a seasoned, albeit young April O’Neil. We saw an organized Foot Clan that brought back the nostalgia of the original live-action Turtles film. A brief look at Shredder’s mask and armor didn’t do much to help the footage, but more of the primary villain will have to be seen before anything definitive can be said about the new look.

It took most of the trailer before any of the marquee mutants were clearly shown. From the beginning of the footage, up until the first clear visual of the Turtles, the tone was serious and very reminiscent of the comic books. However, once Michelangelo opened his mouth, it was clear that the humor was still intact.

The Turtles are dark and gritty, and they look like accomplished martial artists in action. However, we saw some humor as they went sliding down a snowy mountainside, using their shells as sleds. Michelangelo then flew into a Hummer shell-first, making a big dent in the vehicle alongside Bay’s signature explosions.

It’s hard to tell how the movie will play out based on the début trailer, but so far it’s clear that this is at least a movie to look out for. The trailer reminds you of the classic Turtles movies mixed with the darker Turtles from the comic books, but with the humorous edge from the cartoons that fans have grown to love. All of the pieces are in place for the Turtles to make a triumphant comeback to the big screen. 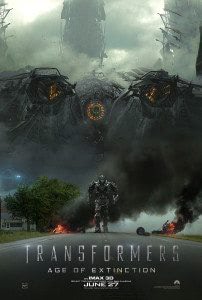 Mark Wahlberg took center stage to offer a humorous introduction to Transformers, with the help of his 10-year old, and co-stars Nicola Peltz and Jack Reynor. He even poked fun at fellow thespian, Dwayne Johnson, who was the highest grossing movie star of 2013. With Wahlberg leading the cast of Transformers, he claims he’ll be taking the title from The Rock in 2014.

Marky Mark made some bold claims, stating that Age of Extinction would surpass all three previous Transformers movies combined. It was likely said in jest, but after taking a look at the footage, it’s clear that there’s some truth to that. As a Transformers fan, it’s hard not to cringe at the fact that it’s still difficult to name the new Autobots and Decepticons. In fact, aside from Optimus, Bumblebee, and Galvatron, even the most hardened Transformers fan would have trouble identifying the bland robot aliens on display without a bit of help.

The good news is that playing “Name that Transformer” is the only issue with the new footage. Toward the beginning of the footage, we see that the Transformers were around back in prehistoric times. For a moment, you might think you’re looking at Jurassic Park World. It seems as though Bay and his crew of writers is following at least some of the Dinobot canon from the original cartoon. Optimus has to journey to what looks like a lost island, where he finds Grimlock and has to tame the robotic beast. Some of this has been shown in previous trailers, but all of the prehistoric scenes were new, as well as Grimlock causing a bit of destruction with Optimus on his back.

Paramount showcased an extended version of the scene in which Wahlberg’s character, Cade Yeager takes possession of a rusted, old Optimus Prime. He shares some humorous banter with his daughter Tessa (Nicola Peltz), and his co-worker Lucas (T.J. Miller). There are plenty of shots of Tessa in extremely small shorts, showcasing that she’s more than a match for Megan Fox in this department. It’s also fairly clear that the government has been working the anti-Autobot propaganda. At one point Lucas freaks out because he’s concerned Optimus will start murdering people.

None of the banter has been seen previously, but it quickly cuts to the government discovering the location of Prime and heading to the Yeager’s house to apprehend the alien. Prime breaks out of the makeshift garage to engage the government agents, then the location quickly changes to a highway in which a clearly weakened Optimus is battling against an unknown robot of nearly equal size. It seems implied that the robot is working for the government, but it doesn’t take long for Galvatron to show up and gut Optimus with a couple missiles to the chest.

The scene becomes emotional as you see Optimus getting pummeled left and right, only to end up being caught in a net and taken by the Decepticons. Unbeknownst to Galvatron and company, Tessa is taken alongside Optimus. This causes Cade to grasp onto the net for dear life as he attempts to save his daughter. The brief five-minute scene showed more emotion than all of the previous movies combined.

Age of Extinction is a Transformers movie through and through, but from the footage previewed tonight, it’s definitely trying to give the original a run for best of the series. The last two movies also had pretty good trailers, so the jury is still out, but this one is certainly looking more promising than anything we’ve seen from the franchise since the first film.