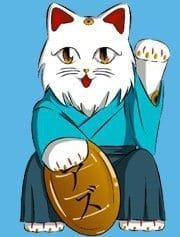 Tucson, AZ – Con-Nichiwa welcomes voice actors Greg Ayres, Steve Blum, and Wendee Lee as guests. The convention will be held from March 22nd to the 24th, 2013 at the Holiday Inn Palo Verde in Tucson, Arizona.

Appearing for the first time at Con-Niniwa, it’s Greg Ayres. Greg Ayres is not your average voice actor. The once “Fanboy” turned VA started working for ADV Films just a few years ago, and in that short time managed to snag two of his favorite roles in anime. He was thrilled to voice the role of his favorite character Son Goku in “Saiyuki”, then a year later Kaworu Nagisa in the Director’s Cut of “Neon Genesis Evangelion”. Other roles include Chrono in “Chrono Crusade”, Negi Springfield in “Negima”, Heihachi in “Samurai 7”, Satoshi Hiwatari in “DNAngel”, Pope Alessandro XVIII in “Trinity Blood”, and countless of other anime.

When he’s not in a booth with headphones on, you can usually find him sporting headphones of another variety behind “the decks”. A veteran nightclub DJ of many years, Greg has enjoyed the opportunity of doing something else that he truly loves. From packed rooms at anime conventions, to the legendary stage of The Knitting Factory (NYC), Greg never misses an opportunity to share his love of music with anyone who will listen.

Our next two guests both lent their voices to galactic space bounty hunters! Who are they you ask? They are none other than Steve Blum and Wendee Lee. With literally hundreds of voice over credits to his name, Steve Blum is best known as the voice of Spike Spiegel from “Cowboy Bebop”, Wolverine from several incarnations of “X-Men”, Orochimaru, Zabuza, and others from “Naruto”, Tom (the robot host) from Cartoon Network’s “Toonami”, Green Goblin from the Spectacular Spiderman series, and Heatblast, Vilgax and Ghostfreak from “Ben 10”, In the gaming department, Blum can be heard in  “Mass Effect 2” and “3”, “Call of Duty”, “Batman: Arkham Asylum” and countless of other projects.

Currently you can catch Steve Blum on the new super-charged CGI series, “Transformers: Prime”, playing the sometimes delusional but always deadly Decepticon Starscream and as Heatwave on the brand new kid-friendly, “Transformers: Rescue Bots!” Coming April 2012, Steve will be joining the cast of “Avatar: The Legend of Korra” as the evil Amon!

Returning to Arizona is voice actress Wendee Lee. Wendee Lee is one of the premiere voice artists in the world of anime today.  She has been voicing for such notable titles as “Cowboy Bebop”, “Akira”, and “Vampire Hunter D” since the mid 1980s. As of April 2009, with 223 credits to her name, she has more credits in this medium than any other English voice-over actor. According to her interview on the “Magic Knight Rayearth” DVDs, she started doing voices at school, and got in trouble for it.

Wendee is also experienced in ADR directing. Currently, both she and Kirk Thornton are directing the ADR process for “Bleach”. Her noted roles include Faye Valentine on “Cowboy Bebop”, Takeru (T.K.) Takaishi on “Digimon Adventure”, Haruhi Suzumiya on “The Melancholy of Haruhi Suzumiya” and Konata Izumi on “Lucky Star”.

Get the latest news on upcoming Con-Nichiwa events by following us on Twitter or liking us on Facebook.

About:
Con-Nichiwa will be held on March 22nd to the 24th 2013 at the Holiday Inn Palo Verde in Tucson, Arizona. We are a growing Tucson based anime convention four years running. Con-Nichiwa is operated by the organizers of Saboten Con and Monkey Paw Entertainment with support from the Tucson Anime Screening Society (T.A.S.S.), and AZHP. With every passing year, we strive to include more exciting programming, bring more guests, and have more things to do for the whole family. For more information or register, visit http://www.con-nichiwa.com/