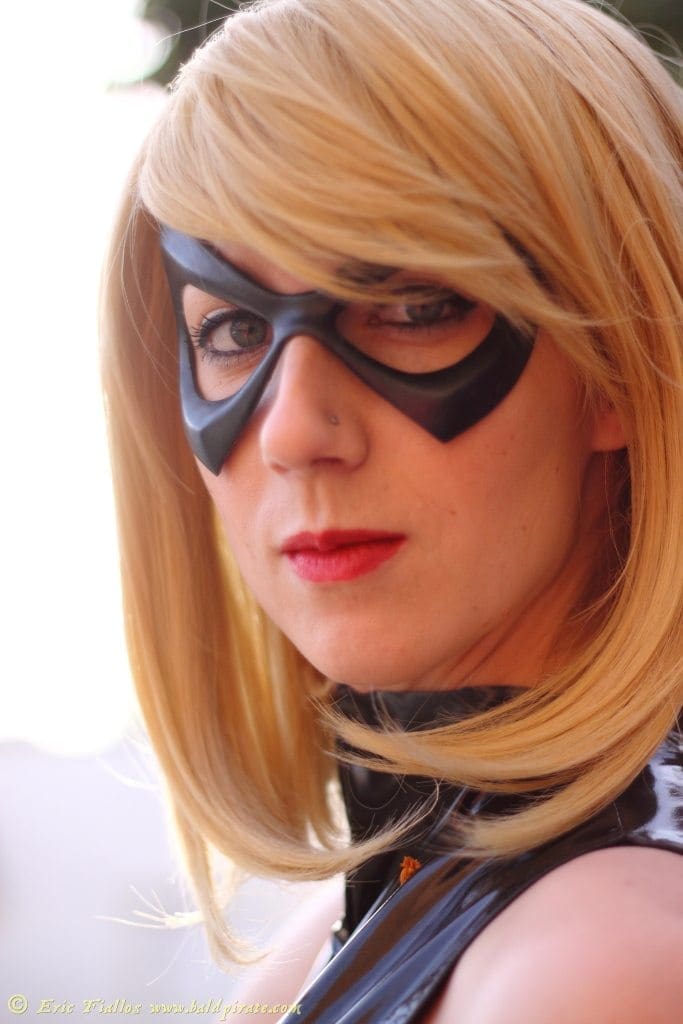 We apologize for the delay on the featured cosplayer for the month of January. But without further ado, it is Arizona’s very own, Katybear!

Check out this exclusive photoshoot and interview by our photographer Eric Fiallos of Bald Pirate Creations.You can see the full photoshoot at the gallery at the bottom of the page and can find more photos of Katybear at her page here.

How did you get started on cosplaying?

I am born on Halloween, so I’ve always loved dressing up.  I actually didn’t know about cosplay until two years ago.  It was for Con Nichiwa in Tucson.  My hubby mentioned one day, that since I love dressing up, and like video games and anime, that I should check out cosplay.  I Googled it and was hooked.  I jumped on it right away.  I absolutely love it!

What is your favorite cosplay that you have done?

I think my favorite cosplay would have to be Cammy. I’m sure as time goes on that will change, but she’s my favorite character so I love cosplaying her.

What other characters have you done?

What is your dream cosplay?  Like if time and money were no object.

I have two right now, one is Samus, (and I don’t mean zero suit, I mean full on armor) and the other would be the Beast Lord set from World of Warcraft (blood elf).

What is your best cosplay moment so far?

My best cosplay moment as of right now would be when I placed 4th in Otaku House Cosplay Idol last year with my Cammy, and 8th this year with my Smoke.

What has been your biggest challenge?

My biggest challenge has been finding the money to keep making my cosplay.  That’s why I have started selling posters.  I took a break from it for a while, but I’m getting ready to start again.

Have you gotten anything out of cosplaying that you didn’t expect to, and if so, what?

I have made some great friends.  It’s great getting to know people who enjoy doing what you do.  It makes it that much more fun.

How do you decide which costumes you want to do?  Is it interest in character, similar physical features, cost, complexity of costume, or something else?

I always cosplay characters that I like.  I don’t want to cosplay something just because it looks cool, I think knowledge of the character is important.

Are there any cosplayers who you admire or respect and why?

I admire and respect my good friend Rosanna, she makes her own cosplays, and that is so important to me.  Also Yaya Han, and any other cosplayers that make their own stuff.  I don’t like it when someone just takes a costume out of a package and puts in on.  It’s way more rewarding when you make your stuff.

How do you deal with negative comments online or in person?

If it’s really bad I used to take a screen shot and post it on my page to embarrass them, but I found sometimes they like that because they get attention so now I just ignore them and delete their negative comments when I see them.  I don’t let it get to me because it’s usually another female and my guess is it’s jealousy, or that they feel threatened by me for some reason.  Not sure why because I try to be nice to everyone, but I’m not going to bother worrying myself over negative people.

Do you have any tips or suggestions for people wanting to get into cosplaying? Like groups they might check out, places to research, places to learn costuming or sewing, etc.?

I would say Youtube is a great place to go.  I look on there sometimes for tip on wig styling, or if I need to sew something that I’ve never tried before.  Ask friends, or even look on forums.  If you have never sewn I recommend reading the whole manual that comes with the sewing machine.  That’s what I did.  You will mess up, but don’t get discouraged.  Just keep trying and you will eventually get it.  You will improve more and more as time goes on.  Practice makes perfect!

What are some of the problems you have had with making your costumes and how did you solve them?

Hm, an example I can think of would my Smoke costume.  I had to figure out how to put the armor on the back over the zipper.  I just used two small pieces of Velcro on either side of the zipper and put the matching pieces on the armor so that it went on over the zipper.  I also had to figure out the mask, I had to lace up the back to tighten it, and also put a band that went over my head and under my wig to keep it tight.  I have tons of things I could tell you but you would probably get tired of reading it!

If you make your own costumes, are there any specialties you have, and what do you want to improve your craft in?

I have gotten really good at making bodysuits – like my Cammy, Ms. Marvel, and another one that I’m making that is a surprise.  I really want to learn how to make real armor.  My Smoke armor is just hardened craft foam.  I want to learn to do pepakura and resin and bondo it, and also work with Sentra and other materials.  I’m obsessed with armor!

Thank you Katybear for taking time out of her busy schedule to do this photoshoot and chat with us! For more photos and video on Katybear, follow her on Facebook and Youtube:

**A huge thank you to Marco Regalado and everyone over at Pop Culture Paradise for being so accommodating to us. Check out their website here: