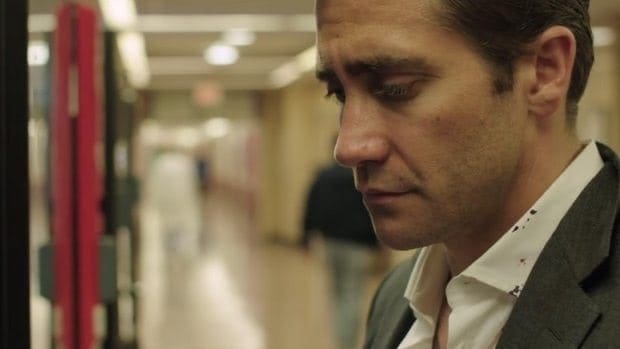 There are extravagant action films releasing all the time these days. Superhero movies are all the rage and even Warner Bros. recently stated the company would focus more on big blockbusters instead of smaller, riskier films. It’s a shame if this is where things are going because you miss out on the small gems such as Demolition from director Jean-Marc Vallée.

Demolition doesn’t feature much action. In fact, the film is almost entirely dialogue-driven with a few fun scenes of dismantling various appliances and buildings. It’s a film about loss and how people deal with loss in different ways, but it isn’t a movie that will make you cry or impact your mood negatively when you leave the theater.

A lot of films that try to tackle the emotional fallout from losing someone leaves you feeling empty inside, or they go the opposite route and leave you with a feel-good ending. Demolition juggles the emotions we feel when losing a loved one with class. You feel everything the characters are going through, but you can relate and it doesn’t directly impact your own emotional state. The audience is along for the ride, and it’s a very interesting and thought-provoking journey, but it’s not so over the top with sadness and despair, and it doesn’t brings you down.

Jake Gyllenhaal plays Davis, who has just lost his wife Julia (Heather Lind). He works for Julia’s father Phil (Chris Cooper), and has to deal with the loss while also dealing with Julia’s parents and his work. When he’s at the hospital as his wife leaves him, he attempts to purchase a bag of peanut M&M’s. The machine jams and Davis channels his emotions of loss into a letter to the vending company. This results in multiple letters and an eventual call from Karen (Naomi Watts) at the vending company.

Most of the film then follows Davis as he takes an emotional journey with Karen, her son Chris (Judah Lewis) and Julia’s parents. You never really know what Davis is going to do next, but despite the fact that this is a film about loss, a lot of Davis’ actions are humorous and fun to observe. There’s far more subtle humor in the film than you might expect from a movie that focuses on losing a loved one, and it adds considerably to your overall enjoyment of the film.

Demolition is a fun movie about depressing subject matter. As long as you’re not looking for the next summer blockbuster it’s hard to imagine many people disliking the film. However, given the heavy focus on dialogue, this isn’t a film for everyone. The movie feels closer to two hours than the one hour, forty minute run time would have you believe, but it never feels as though it drags on. If you’re in the mood for an intelligent and entertaining film, Demolition should be more than enough to keep you satisfied.

Synopsis: As an investment banker struggles after losing his wife in a tragic car crash, his increasingly confessional series of letters to a vending machine company catch the attention of a customer service rep with whom he forms an unlikely connection.