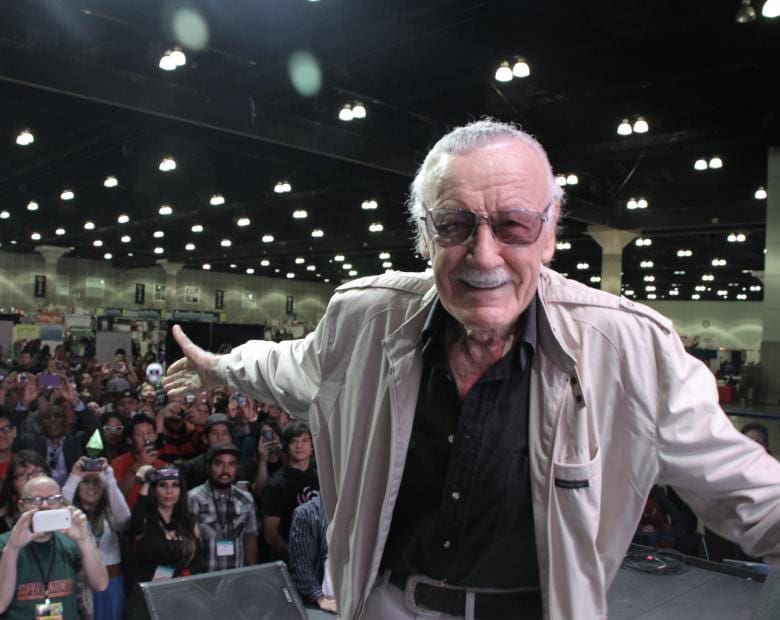 Wondercon has just passed us and watching it via Facebook posts reminded me that there are so many amazing conventions happening this year. Not that this year is any different from any other year, but there are some conventions that definitely top a list of must attend conventions. At least right now for me, filled with regret of not being at Wondercon, it tops my list. Looking to the future though, here is a list of must attend 2016 conventions to kick of your con season and hopefully help you with planning out your summer conquests.

Taking place in downtown Seattle, Washington Emerald City Comicon is one of the best Comic Book conventions you can attend on North America’s Western coast. this convention has a star studded line up including some of your favorite stars from the Harry Potter twins James & Oliver Phelps to Nathan Fillion, Norman Reedus, and a plethora of other actors from the best comics book and sci-fi inspired shows out there. This isn’t even the best part. Just taking a quick peek at their cosplay guests, the famed Weta artists are hosting a panel. So this will be a great convention for costumers. Additionally, Steven Meissner of SoloRoboto Industries will be there hosting a panel on prop making on a budget (at least two things I could definitely learn!). To me this con has a little bit of everything I want, good panels, good vendors, good guests, and in a pretty sweet city that I’ve never been to. Tickets are on sale now (albeit most are sold out) for this con taking place April 7-10 and are actually fairly affordable. Starting at $20 for the Thursday only, but for a full weekend it was only $95.

Another convention in Seattle, Washington, PAX Prime is for your gaming crowd. This convention that started in 2004 thanks to the folks at Penny Arcade has grown immensely and has certainly expanded audiences. While the focus is certainly gaming, PAX Prime (and its spawn PAX East, South, AUS, and SEV) are definitely becoming the place to be for costumer too. PAX Prime only has one Cosplay specific panel, however from personal and anecdotal experience, the PAX conventions are becoming places for cosplayers who focus on gaming costumes. If you’re reading this and disappointed the Emerald City is less than a month away and you really wanted to head to Seattle for con, here’s your second chance! This convention will take place August 28-31 and would run you $40 per day if they weren’t sold out. (I’m seeing a new article about sweet cons that aren’t sold out….) The other great thing about the PAX convention series is that they have several cons that take place all over so even if you miss one or one is too far, there is always another around the corner.

SDCC is of course the mother of all comic conventions. Definitely a must see, once in a lifetime event convention. There are countless reasons on why San Diego is a must attend convention. This convention is notorious for early screenings of upcoming films or being the first place to see the next wave of trailers. Beyond that being a large and high profile convention you’re likely to run into some celebrities here. However, with that of course comes the impossible task of getting tickets and fighting through impossible crowds. One good thing about SDCC being such a large convention many vendors take up space on the lots and areas around the convention center. In the last few years Adult Swim and other major network have set up some pretty neat areas that even non-convention goers can wander through. Taking place July 21 -24 tickets are sold out and typically near to impossible to get unless you have a hookup or a vendor pass.

SInce the 2016 comic con is taking place October 6-9 New York Comic Con has not posted up any panels or guests for this year, New York Comic Con tends to share many similarities to San Diego Comic Con. Last year’s panels included an exclusive look at Disney’s Tomorrowland. If you’re looking to go for some serious costuming, you may not find the panels you’re looking for here. There are a few panels on 3D printing for costumes and a few panels titled “I Cannot Sew and I Must Cosplay” and other such encouraging titles for those new to costuming. For those who are more advanced, your efforts are better served by attending the contest or mingling with other cosplayers throughout the halls. Badges of NYCC will typically run you anywhere between $40.00 and $105.00 depending if you’re looking for a day pass or a weekend pass.

If you’re a costumer looking for a really great convention for costumes, definitely add AX to your convention list for 2016. As this is year AX is taking place over July 1-4th at the Los Angeles Convention Center, AX is still putting together programming and guests for this year so only one major guest has been announced, but if you’re a gamer or costumer you might be excited to know its Yoshitaka Amano who is best known for his character and game design for the Final Fantasy Series. Panel schedule is still be announced, but they are currently accepting application.

This is one of the conventions I sincerely regret not being able to attend last year. Not only is it just an amazing convention with amazing guests, but it was over Halloween weekend last year, so of course, there was a killer Halloween Cosplay Ball. Beyond just the ball, the Cosplay National Championship took place here Saturday afternoon and cosplayers from across the country had a shot at $10,000 in cash and prize. Competing or not, this had to have been an amazing event to take part in. One of the other truly amazing panels I’m disappointed I wasn’t able to see was “The Nature of Cosplay~From the Beginner to On Screen.” This was a panel on just how far your hobby and love of costumes can take you! As someone who knows many people who aspire to go beyond commissions and into costuming for films I thought this would be a wonderful panel to see. No information about 2016’s Expo have been released just yet, but the dates do fall right around Halloween again October 28-30 at the LA Convention Center and tickets go on sale this summer. Definitely don’t miss this one! It was voted Con of the Year for two years in a row!

LBCC is another convention that I have never attended but that has always looked fun from afar. I like this convention in particular due to location and the time of year. California is a great place to visit during September and Long Beach is a big city but not as crazy as some place like LA. Tickets for this convention just went on sale end of march, so now is a good time to get in and start planning for this one if you’re interested in a fun fall escape. There isn’t a lot of information posted up for the 2016 convention save for who they expect to be there as far as their Artist Alley, Exhibitors, and a few guests. However, from just the few guests they have announced and their photos, you can see that this convention definitely has cosplayers and artists in mind for this convention. If you’re looking for a fun and affordable weekend too, this is perfect. A weekend pass is only $50 for September 17-18 and then for a day pass you’re looking at either $30 or $25 respectively.

Being a Phoenix native and having attended PCC since 2005 this always makes my must attend list. However, this also makes my must attend list due to the heavy focus on costuming panels. Between cosplay meet ups and the various cosplay panels there are nearly 100 (93 if you want to be exact– I counted!) costuming specific panels. They range from the funny– Deadpool meet ups and Iron Cosplay contest —  to the practical as well –No Sew Costumes and wig fashioning. There is really a panel for everyone at every level here which is amazing to me!  This year PCC also has some pretty amazing guests, Sean Astin and Chad Hardin being my favorites.  If you’ve never been, this needs to be on the top of your list of must attend events year. The only bummer about this year’s convention is it’s no longer on Memorial Day weekend it’s now been moved to June 2 – 5, 2016 so if you want Monday off you have to request it off work work! The full event pass won’t set you back too much either, on $60.00 for the weekend unless you want their Fast Pass membership at $249, which will allow you to have faster access to autograph and photo op lines as well as coming with some swag.

I would have included Salt Lake City Comic Con if I wasn’t bitter about their April Fools joke! Check out their Facebook Page!

Please Login to comment
Connect with
I allow to create an account
When you login first time using a Social Login button, we collect your account public profile information shared by Social Login provider, based on your privacy settings. We also get your email address to automatically create an account for you in our website. Once your account is created, you'll be logged-in to this account.
DisagreeAgree
4
2
0
3

Must Attend Conventions in 2016 – DarkGeekMedia

Been to pcc and SDCC so I got a few more to go on my bucket list ;D

I wish I had time and money to go, but work, bills, and kids go first 😞

Big Stars to Light Up the Mile-High Denver Comic Con