Denver, Colorado (October 3, 2012) Denver Comic Con, the convention that made the comics and entertainment industry sit up and take notice in 2012 with its record-setting attendance and unique focus on kids’ education and literacy, unveiled a their mission statement for its 2013 event and beyond.

Here is the organization’s credo:

Denver Comic Con is about Education and Community: Educating children and the general public through comics and cartooning, and bringing together the diverse people and interests of our community regardless of age, race, gender or background. By focusing on education and providing guests, programming and events that encourage diversity, we strive to promote tolerance and empower the members of our community.

All proceeds from the convention and related events benefit the Comic Book Classroom, a foundation organized to promote literacy and education for school-age children through the media of cartooning and comic books.

Bruce MacIntosh, the Convention’s Programming Director explains: “Economically disadvantaged children, women, gays and minorities are woefully neglected – and often consciously ignored – in the entertainment industry. And despite often being at the forefront of progressive thought, the cartooning and comics industry is unfortunately no exception.” MacIntosh, whose job is to merge the Con’s mission with its programming, added: “We hope to use our resources to change that situation as much as possible and expose our fans to amazing comics creators and entertainers of all backgrounds. Through the Comic Book Classroom’s educational programs using comics, and specifically the massive CBC ‘Corral’ at Denver Comic Con – we also help educate kids who are underserved in our community, and teach them that they can learn, create and succeed no matter what their gender, skin color or sexual orientation.”

Next year, the Con’s organizers will expand on 2012’s diverse list of entertainers, celebrities and comics creators. Added MacIntosh, “We plan on adding even more panels and films to our Independent Film Series.” This year’s con already had 150 hours of programming, an unheard-of number of panels and films about everything from independent and mainstream comics– to movie and TV celebrities like Star Wars and Dr. Who. “Next year, we’ll be adding special tracks of programming for women, minorities and the LGBT community.

“Of course, we plan on bringing in as many of these celebrities to sit with the kids in our massive Comic Book Classroom ‘Corral’. The comics creators and entertainment icons will actually sit with graduates of our after-school literacy programs and kids attending the con, teaching them to draw, write, and even reading to them.”

He added, “We’re speaking with a variety of celebrities and creators who will help us fulfill our mission for next year’s event.” In fact, several of the Con’s Directors – including MacIntosh himself – will be travelling to New York this month to attend the country’s second-largest comic convention to speak personally with some of the industry’s luminaries. “But we would like to encourage any women, LGBT or minority creators who wish to help with our mission – to contact us about attending and taking part in the convention – and any of the events throughout the year leading up to the 2013 event.

The 2013 Denver Comic Con will take place the weekend of May 31, June 1 and 2, at the Colorado Convention Center. 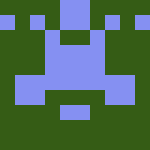