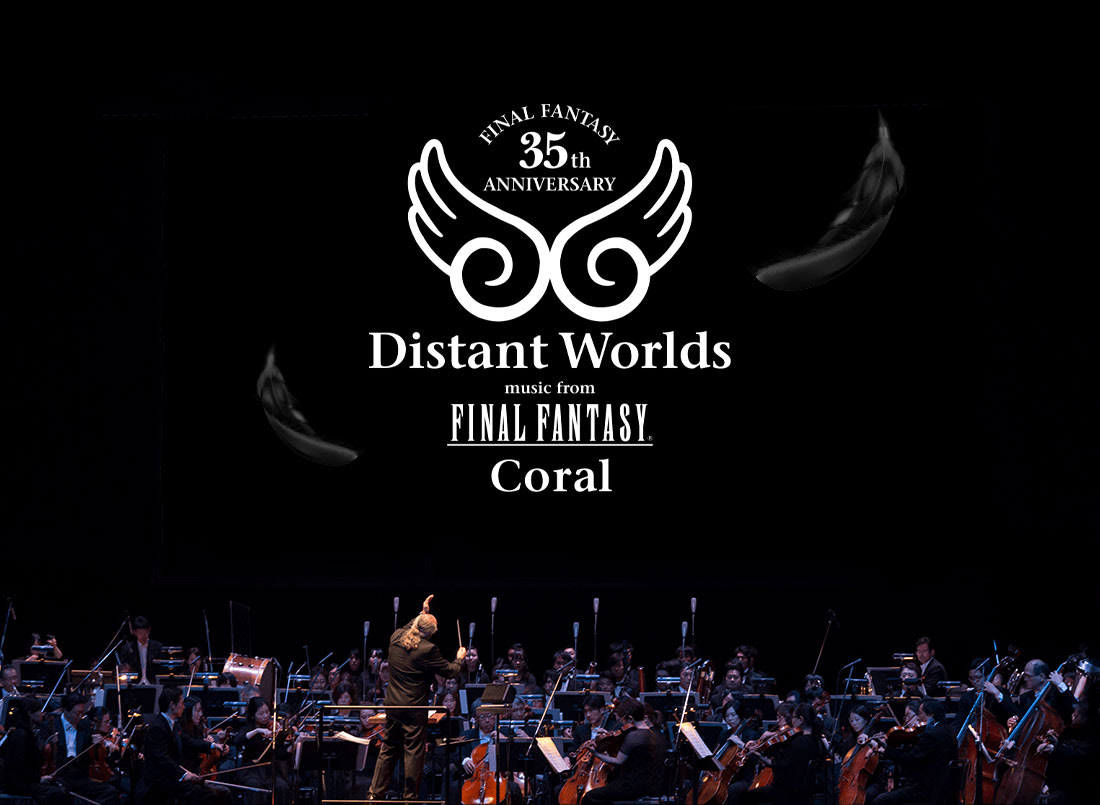 Listen up, Final Fantasy fans… the long wait has finally paid off. Square Enix’s musical masterpiece is coming in August of 2022 with FINAL FANTASY 35th Anniversary Distant Worlds: music from FINAL FANTASY Coral. Launched in conjunction with Final Fantasy’s 35th anniversary, this incredible concert features some of the best musical scores from various Final Fantasy games, all composed by the wonderful Nobuo Uematsu. With Grammy Award-winning conductor Arnie Roth standing at the helm of this performance, Distant Worlds will be an event you certainly will never forget.

For those who have never been to a Distant Worlds concert in previous years, here is what you can expect walking into whichever symphony hall you’ve picked out for your experience.

First launched in 2007, every Distant Worlds concert is performed by a symphony orchestra, choir, and renowned vocal and instrumental soloists. With HD video presentations from the Final Fantasy games projected onto giant screens throughout the concert, you will feel absolutely immersed in the musical experience while listening to your favorite Final Fantasy tracks.

Tickets for Distant Worlds 35th Anniversary concerts around the United States are on sale now, beginning with the September 10th concert in Chicago, Illinois. You can find tour dates and tickets for your city’s local show on the Distant Worlds Tour Schedule page, along with ticket information for city showings around the globe.

If you are, unfortunately, unable to make it to one of the Distant Worlds concerts this year, fear not! The Distant Worlds shop has a variety of merchandise that is sold at the events, including apparel, booklets, and soundtrack sets of the music played at the concerts.

Whether you will be attending one of the Distant Worlds concerts or listening to the soundtrack from home, Square Enix has truly provided us with one musical masterpiece after another. With tracks that both get our blood racing and our tears flowing, there is no telling how they will captivate us come the release of their next big release – Final Fantasy XVI.

Until then, we hope you continue to enjoy the musical arrangements from the various Final Fantasy games that have captured our hearts over the past 33 years.