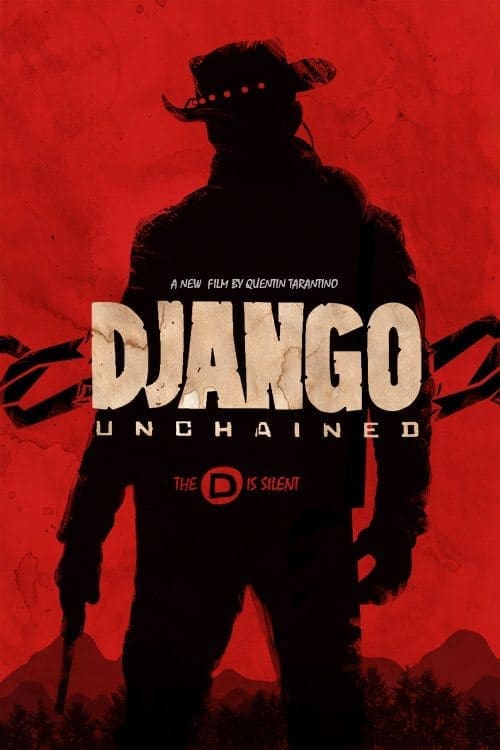 Quentin Tarantino has kind of been hit or miss for me. Reservoir Dogs and Pulp Fiction are both excellent while the Kill Bills and Jackie Brown are blah. With Inglourious Basterds he made this sort of shift into a mature filmmaker that isn’t afraid to show people what his influences are yet not cram them down your throat. Pulp Fiction was like he grew up too fast and then reverted back to childhood with Kill Bill. Then starting with Death Proof, which itself is an homage to grindhouse films, he really starts finding himself as a director. I tell you this not to convey Tarantino’s career, but to explain that Django Unchained (the D is silent) is the precipice of his growth as a director.

The Kill Bills were homages to kung fu films and he threw reference after reference at you and it was a visual and auditory assault on the senses. In Django Unchained he is able to juggle his own unique visual style with the spaghetti western style of filmmaking in a way that isn’t distracting. He’s able to pay homage to spaghetti westerns while making it his own.

The story is speckled with Tarantino’s signature dialogue and humor. This is actually a much more personal story than he’s previously done, Jamie Foxx’s Django is fighting to save his wife. Just like with Basterds the script for this movie was leaked online and people hated it, but the finished product is very much enjoyable. There is no original score, but there are several songs that are played throughout that were created just for this movie.

Christoph Waltz once again delivers a great performance as a bounty hunter and Django’s mentor. His character is almost a mirrored image of the one in Basterds, but he is on the opposite side of morality fence and yet it feels fresh and new. Jamie Foxx plays Jamie Foxx, I mean Django, and doesn’t bring much to the movie until the end. At one point his character goes into character as a hardened, bad ass slave trader and that is when he really starts to shine. His character in character is his character. Whoa, I just inceptioned myself. Seriously though, he portrays the fire his character feels toward rescuing his wife with a sense of calm ferocity. The most surprising part in this movie was Leonardo DiCaprio. He’s just like Jamie Foxx in that, while he is a good actor, he plays the same roles over and over. In this he breaks that mold as a quasi-evil slave owner who owns Django’s wife.

The signature hyper-violence is no stranger in this movie. Tarantino is said to be a non-violent person. Well then why are his films so violent then? you ask. It’s simple, he gets his frustrations out on the screen than on other people or things, and his movies are so violent you have to look past the violence. You know what’s a violent movie? Fight Club (my favorite). Why is it so violent? Because the violence is realistic. In Django there is a scene after a rather large gun battle where the house they were shooting in is covered in blood. I wasn’t cringing in horror, I was laughing at the ridiculousness of it, in a good way. Case in point, when someone gets shot more blood explodes out of the wound than is in the human body. However, when violence toward a slave is depicted, or when a wound is inflicted upon a character you are meant to care about, it is the brutal, realistic violence that is meant to catch your attention.

His sort of racist, but not racist language is present too with the volume turned up to 11 because it’s pre-civil war, which I have a hard time grasping to be honest. Is it necessary in his other movies? Probably not, but whatever. You’ll also notice that he has done away with the episodic nature of his other movies, there are no specific chapters dedicated to certain parts of the movie, this is a straight forward narrative,

There has been talk of him retiring shortly and I hope that doesn’t happen because I want to see more movies of his in the vein of Django Unchained.