You Can Find Me In Da Club…the Doki Doki Literature Club that is.

For as long as I can remember I have been a huge fan of odd Japanese style video games. Muscle March, Catherine, Pepsi man, Japan World Cup 3, the list is endless. One genre I have never been able to get into despite being huge in the far east is dating simulators. I even tried quirkier titles like Hatoful Boyfriend where you try to have a romantic relationship with pigeons (that’s not a typo, pigeons, you should check it out). Anyways, there is a new free dating game getting some buzz lately called Doki Doki Literature Club. From the trailer, it seemed like a very average dating sim, except for the fact that it has a weird warning at the beginning of the trailer “This game is not suitable for children or those who are easily disturbed.” 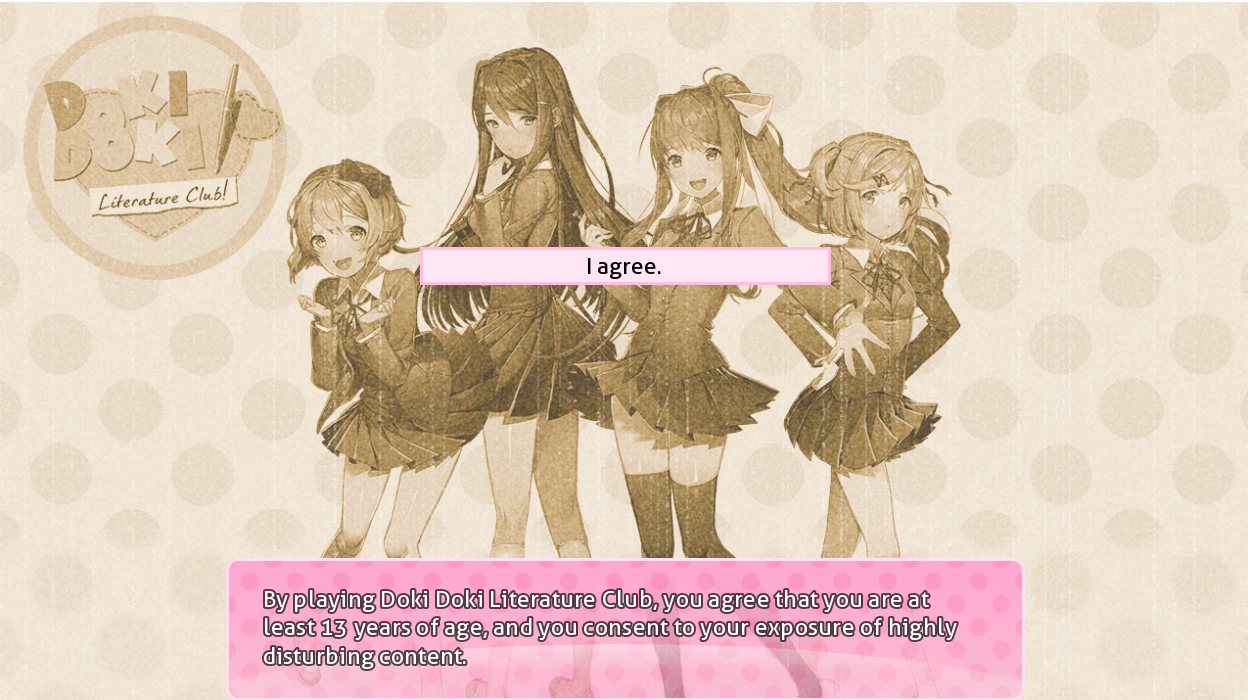 Fair warning, as we continue the remainder of this article is spoiler-ridden and is best saved for AFTER you play this delightfully odd game. I’m just going to talk about the game until the end of the first playthrough. If you do not want any part of that because you want to play the game, or if you are uneasy that I gave you a formal warning about a dating sim game after I just recommended a game where you date pigeons, you should bail.

It starts out as any dating sim does. You meet the characters, there are some funny awkward moments, and my classmates soon find the way to my heart: food. They make cupcakes that they initially claim are not for me (though I can clearly tell they’re for me) and after some persuasion, I manage to procure one. 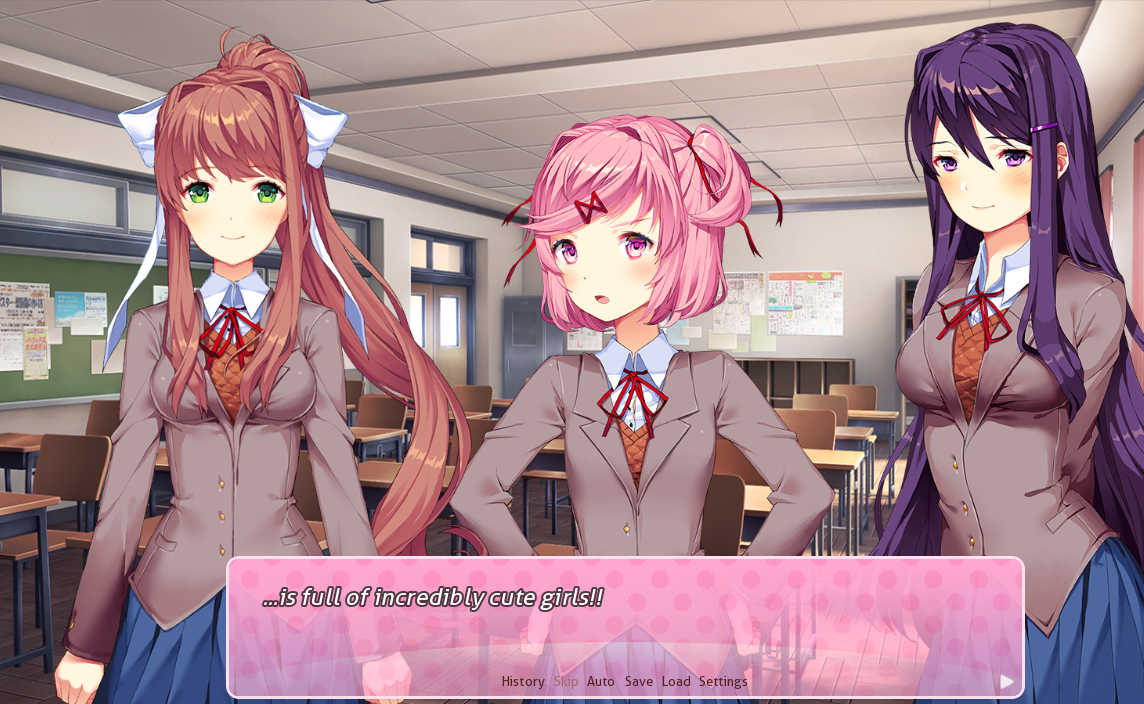 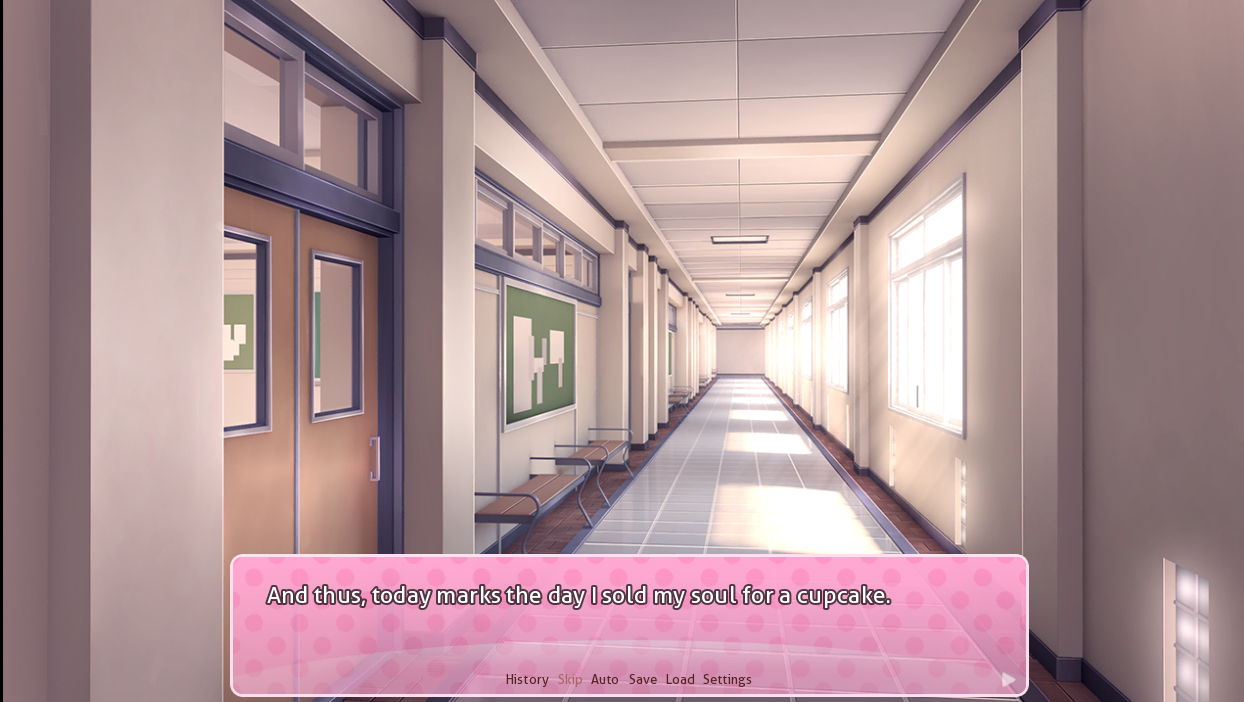 With a virtual cupcake in hand, I join the club. There are worse things to participate in in the world I suppose. Now I have to pick words from a list to create your poem. As I choose words, there are chibi versions of the girls standing opposite of the word bank, and they jump when I pick a word that they like. I never get to see the actual poetry, but I do get to see the girls poetry. Not an Emily Dickinson in the bunch, but they put their best efforts in. Some get mad at me because I chose to read other girls poetry first. It’s tough being the only virtual man here. It is a cross that I must bear none the less.

It seemed like with the choices I made my storyline began moving toward Sayori. Sayori is your childhood friend and the person who invited you to join the literature club in the first place. This seems like a path that makes sense to me. I have known her all my life; we have a strong bond already. I try to remember the words week after week that make her happy to grow the bond between us, and the first few weeks it seems to work.

As I continue, it seems to go south a little. She looks depressed, unsure of her emotions towards me. Well, no worries here, there is a festival coming that she is looking forward to but is very nervous about attending. I offer to go with her and tell her I will talk to her about it tomorrow. When tomorrow comes through, she skipped literature club, and I make my way over to her house. 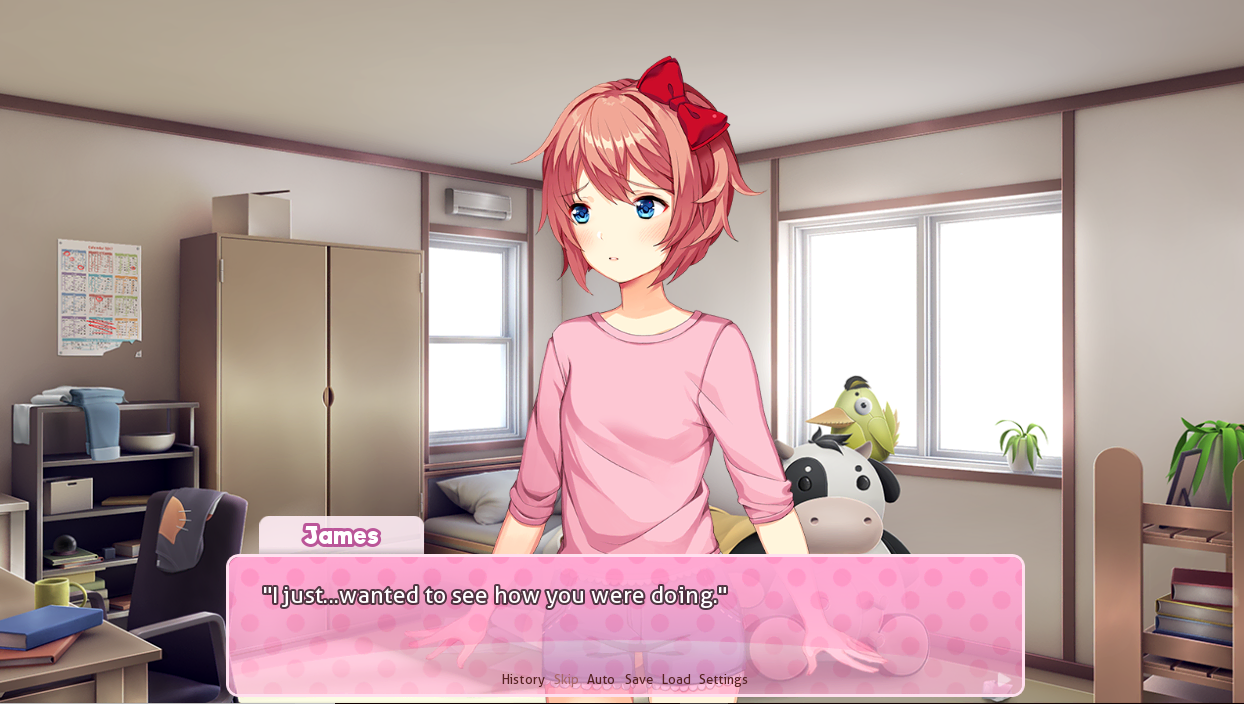 She assures me that everything is ok and she just needs some time alone. I say ok and meet up with some other club members. But as I am leaving I run into Sayori in the street. She is full of emotion and says she can’t live without me and at this point (after a few hours of play) I feel like this is going to be the end of the game so I have to make a big move here. She seems scared, confused and you have to decide to tell her if you love her or not. This end part has dragged on a little and been an awkward so I say I love her and assuming it will be the reassurance she needs. Based on previous experience I expected credits to roll… 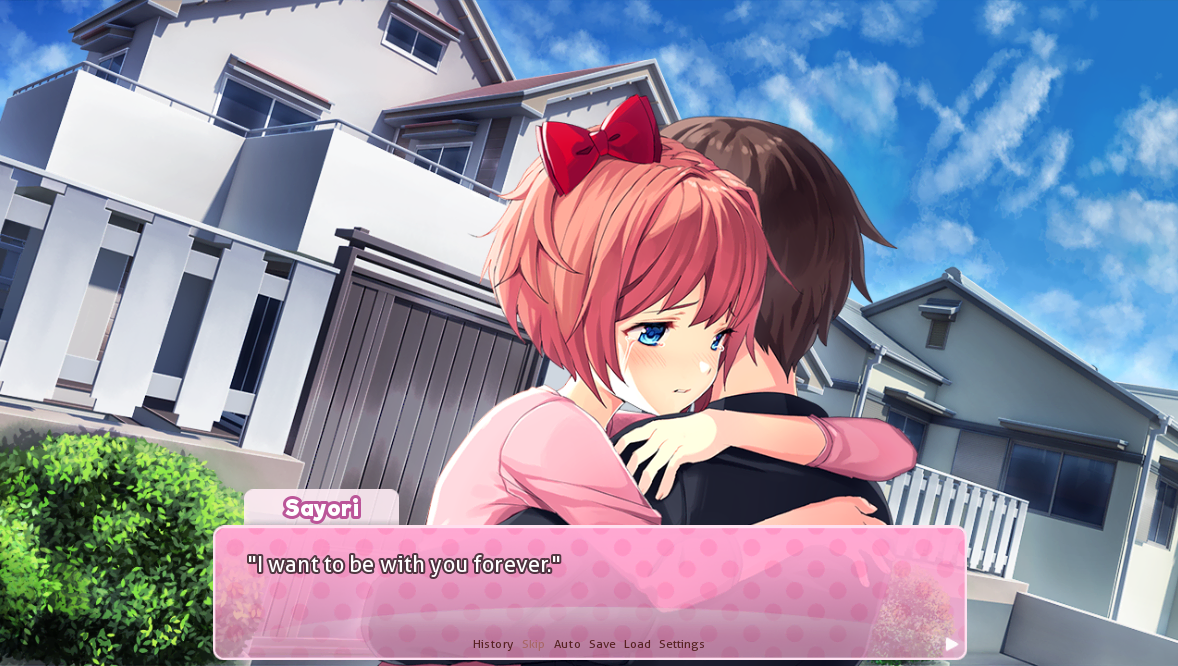 …but they didn’t. The game continues and I decide to call her…and she does not answer her phone? The depression part was weird earlier, but we just had that super touching moment so why this? Well, I guess I’ll see how this plays out and head over to her house… 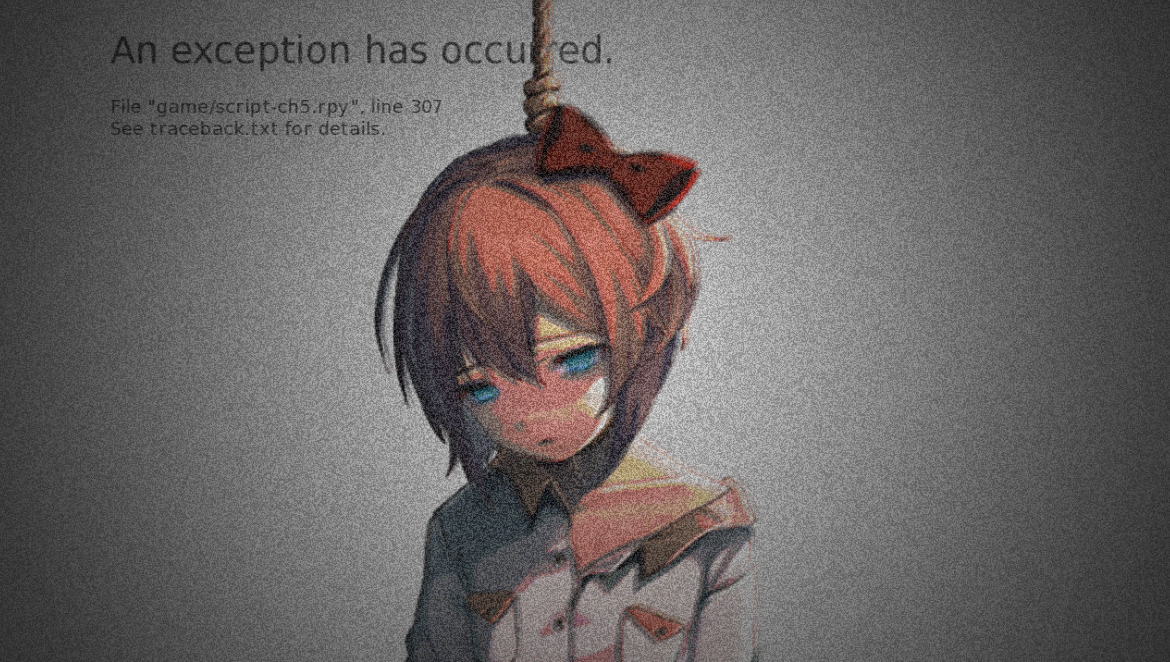 SHE KILLS HERSELF! WHAT?! to say I feel like I made some poor decisions is an understatement. And this is the point where this game REALLY game starts. It is bizarre, confusing and original all at the same time. It takes longer than most games of this type to play (It is a few hours of play just to get to this point), and it’s free on Steam! I can honestly say in the decades of playing all manners of video games I have never played a game like this in my life. If you want something different than what your used to, with some twists you won’t expect, invest your time and join the Doki Doki Literature Club. Until then, I’ll be completing countless more playthroughs of this fascinating dating sim. 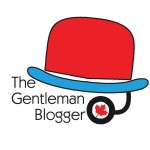 […] For as long as I can remember I have been a huge fan of odd Japanese style video games. Muscle March, Catherine, Pepsi man, Japan World Cup 3, the list is endless. One genre I have never been able to get into despite being huge in the far east is dating simulators. … Geek News Network […]