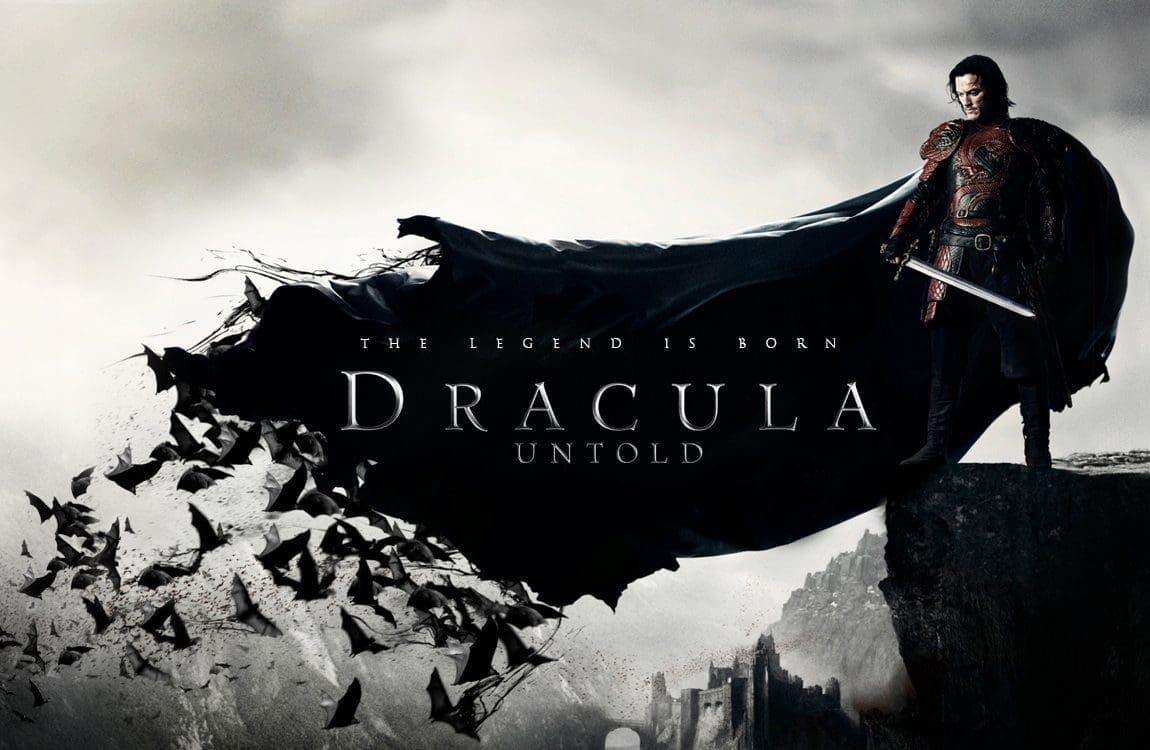 Dracula Untold is the beginning of the new Universal Monsters shared movie-verse. We don’t yet know how the rest of the monster movies will play out, but we know that Dracula is the centerpiece, and his origin begins with Dracula Untold. Luke Evans takes on the titular role and offers a modernized take on the classic anti-hero.

While Dracula Untold is an effects-driven entertainment vehicle, the story that unfolds is both entertaining and satisfying. Evans begins the movie as Vlad the Impaler and the story quickly walks the audience through Vlad’s childhood with the Turks and his prowess on the battlefield. At first glance Evans doesn’t provide the stature one would expect of Vlad the Impaler, but once you see him in action he’s more than convincing.

Throughout the movie you’re waiting for Vlad to make the complete turn into Dracula. As a well-known tale, the ending is all but set. Dracula Untold is about the journey to that ending more so than the ending itself. You may find yourself wondering when Vlad will succumb and turn into Dracula, expecting some cheesy and overly convenient path into the darkness. However, the way the story handles this is not only acceptable, but believable within the confines of the movie.

We won’t spoil anything, but the ending offers a nice, yet potentially jarring setup for the new Universal Monsters franchise. The scene was filmed after the rest of movie had already been shot, and used specifically as a segue into the new cinematic universe. It feels detached from the rest of the film. Once you understand why it’s there, it fits a bit better, but general audiences will likely find it an odd way to end the film.

Most of the other characters in Dracula Untold are secondary to the dark lord himself. The only characters who truly stand on their own aside from Dracula are Vlad’s wife, Mirena (Sarah Gadon) and Vlad’s son, Ingeras (Art Parkinson). Both performances are on par with the bar that Evans sets as Dracula, with Parkinson coming off as more bold and confident than you might expect of Vlad’s young son. Still, the confidence is rewarding to the audience and gives more value to the character.

The main downfall of Dracula Untold comes in the fight choreography. While you assume what you’re seeing is an epic battle, you can’t comprehend much of what’s going on through a good portion of the fight scenes. It’s all one big blur of bats, armor and steel. If there was one aspect of the film that could be improved upon, it would most definitely be the fight choreography. Showing a blur of action doesn’t work with 50-foot Transformers, and it certainly doesn’t work with Vlad the Impaler, yet movie studios seem keen on the rising trend.

Aside from the poor fight choreography, Dracula Untold will likely surprise you. It’s not the most amazing movie you’ll see this year, but it is a solid retelling of the Dracula origin story. If you go into the film with high expectations you may be slightly disappointed, but as long as you’re expecting a fun take on good turned evil, you should enjoy everything Dracula Untold has to offer.

Synopsis: Facing threats to his kingdom and his family, Vlad Tepes makes a deal with dangerous supernatural forces – whilst trying to avoid succumbing to the darkness himself.