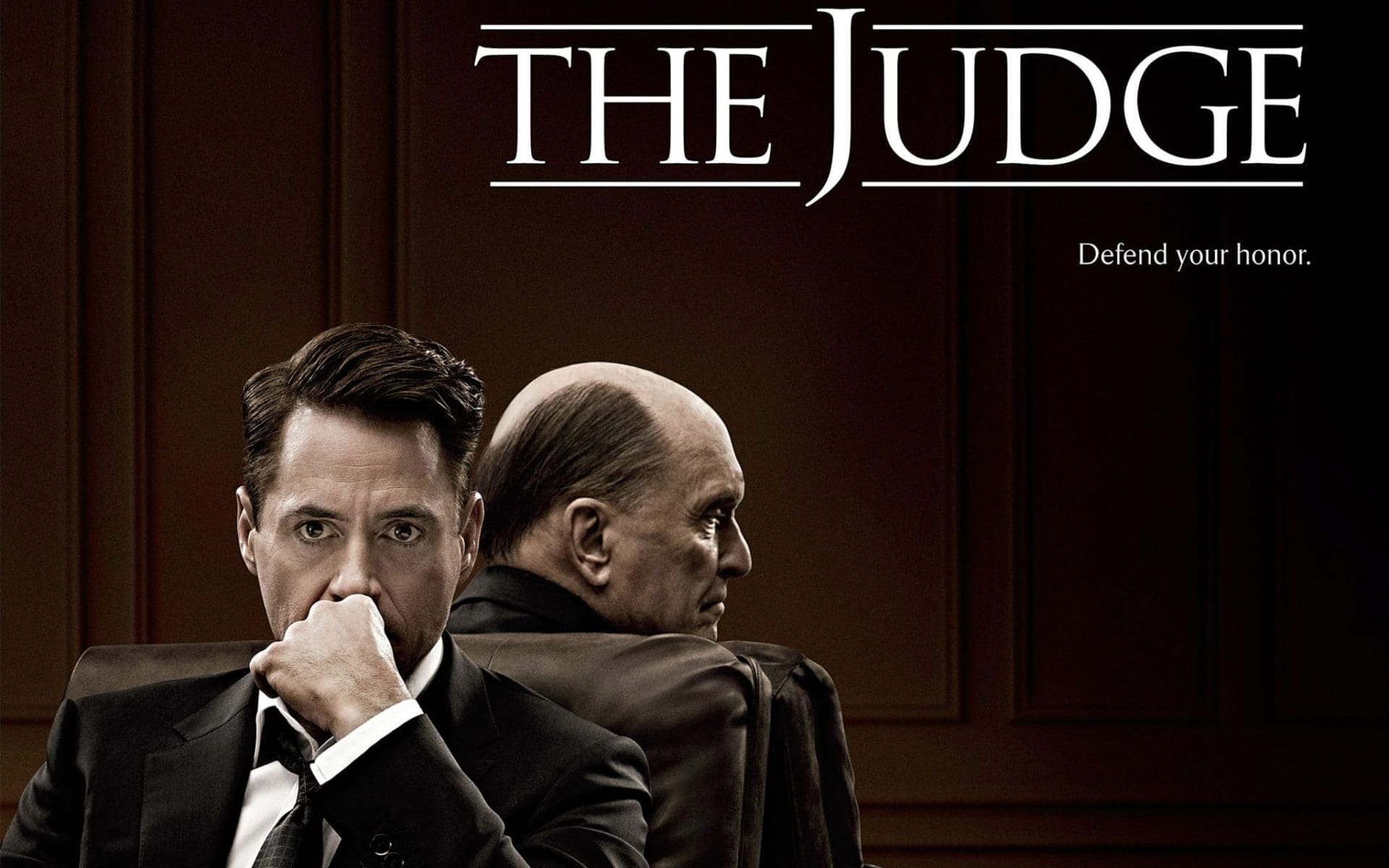 Robert Downey Jr. plays an excellent Tony Stark. From what most fans know of the actor, he naturally embodies the role of Stark. Unfortunately, it seems like it may be difficult for Downey to separate himself from that role when it comes to The Judge. When he steps into the shoes of Hank Palmer, it feels like Tony Stark the lawyer. While some may argue that a big city lawyer would share quite a bit of Tony Stark’s personality traits, it wasn’t convincing enough to remove the feeling of Tony Stark playing the character instead of a unique take on the role.

Frequent guest appearances by Tony Stark aren’t the only things holding back The Judge. Aside from that small gripe, the acting in the film is almost always on-point. Robert Duvall turns in a solid performance as Joseph Palmer, the judge who goes on trial. Vincent D’Onofrio is excellent as Hank Palmer’s brother, Glen, and Jeremy Strong plays a very convincing mentally deficient Dale Palmer. In fact, the only soft spot in the acting comes from the unlikely source of Billy Bob Thornton as rival lawyer Dwight Dickham. Thornton just doesn’t feel as impactful in the role as he’s shown in the past. His performance feels very passive when put up against the other performances in the film.

Solid acting aside, there are numerous problems with The Judge. The movie clocks in at a lengthy 141 minutes. While there are some great moments littered throughout, it’s easy to come away from the movie thinking they tried to put too much into a fairly straightforward story. Several characters are introduced throughout the film that have very little impact on the events taking place. Side storylines are introduced but not fully explained, and the audience can easily get lost trying to figure out what’s significant and what can simply be ignored.

When a few big twists occur, they don’t have nearly the impact that you have to assume director David Dobkin and his creative team were hoping for. There are plenty of touching moments and superb acting, but it’s all mixed in with a lot of distractions that simply don’t need to be in the film. For instance, early on we find out that Hank Palmer is about to be divorced and we even witness a big argument between him and his wife Lisa (Sarah Lancaster). That fact has absolutely no bearing on the rest of the film as the movie would not play out any differently if Lancaster’s character was never seen or even mentioned. This is just one of many examples of side stories that should have been left on the cutting room floor.

If you trimmed The Judge down to about 110 minutes, removing all of the unnecessary side storylines and characters, you’d have a much more satisfying film on your hands. Instead, you have to weave through all of the secondary bits to get to the real meat of the story. If you can do that, you’ll likely enjoy the film, but it’s an extra step that audiences should not have to take.

Synopsis: Big city lawyer Hank Palmer returns to his childhood home where his father, the town’s judge, is suspected of murder. Hank sets out to discover the truth and, along the way, reconnects with his estranged family.

“Inequality for All” Movie Review