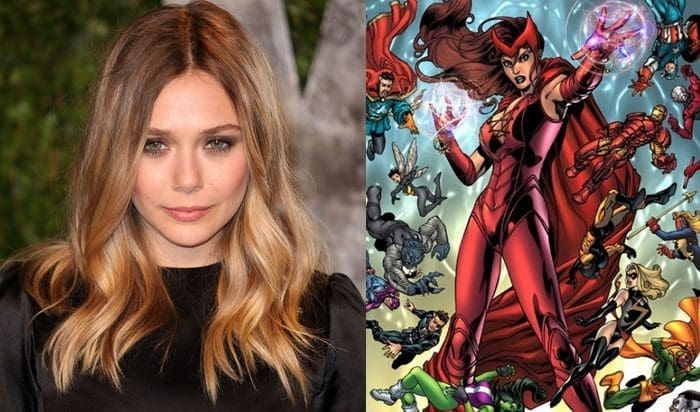 With Marvel’s Agents of S.H.I.E.L.D

“I know we’re shooting in London, that James Spader is Ultron and going to be the bad guy, and that we added Ms. [Elizabeth] Olsen [who will play the Scarlet Witch], but I don’t know what she’s doing, if she’s on the inside or the outside. I haven’t seen a script.”
I personally think this is a great choice and now cannot wait to see this movie even more!

That should be the next AVENGERS movie, not X-Men.