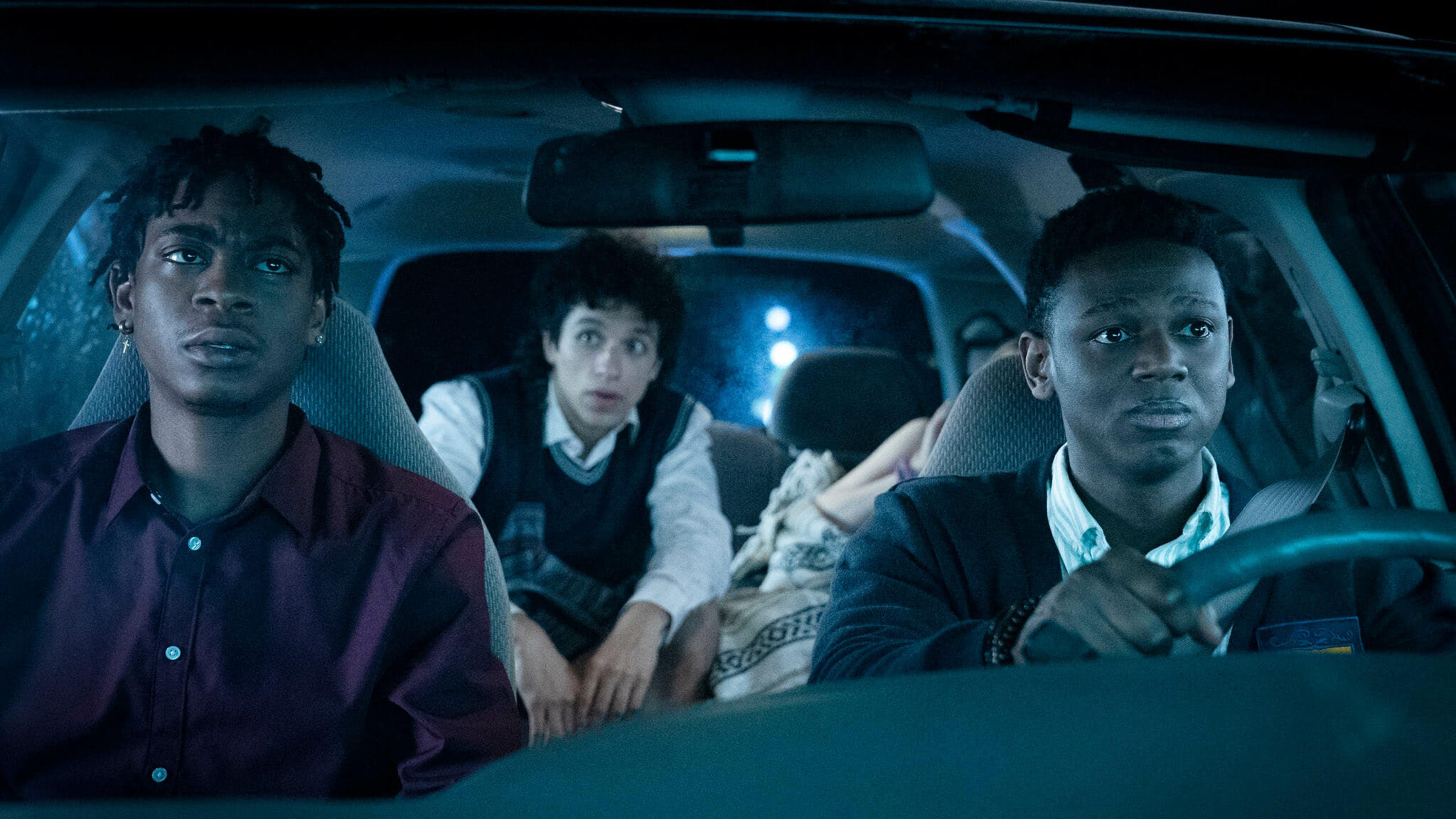 Racism in America has always been an issue. Always. It’s been more prominent in recent years with the BLM movement and the advent of camera phones, but it’s nothing new. In some ways, it’s even become worse in recent times. There are plenty of films that showcase racism in various ways, but many of them don’t feel as authentic as they should. Either it takes you back to the days of slavery, or the modern situations are extreme, and therefore not as relatable as they should be. Emergency, by director Carey Williams, is one of the more realistic depictions of racism.

To be clear, there are a number of situations in Emergency that are unrealistic. What is very real are the subtle nods to racism. The White girl’s immediate assumption upon seeing two Black males, or the frat boys who assume two Black people standing near each other must be friends. This is racism that most people wouldn’t even realize if it wasn’t spelled out for them, but it exists, and it’s running rampant in America.

Emergency is a film about two college seniors who are three weeks from graduation. They’re closing out the year with a bang by going to a series of parties called the “legendary tour” that will be an epic send-off to their college careers. Just as the night is getting underway, they find a passed-out White girl in their home. With no knowledge of her name, where she came from, or how she ended up in their house, they must make decisions about what to do with her that are based primarily on the fear of getting shot by the police.

Donald Elise Watkins plays Kunle, a promising young scientist who is on his way to Princeton to get his doctorate. RJ Cyler is his more urban-oriented best friend, Sean. The two Black friends are near polar opposites. One is studious and well-spoken, while the other had a harder childhood and is considerably more street smart. The two are joined by Sebastian Chacon as Carlos, their gamer roommate who is on his way to becoming a rocket scientist. Three fairly harmless individuals who find themselves in a very precarious situation.

There are plenty of situations throughout the film that will make you yell at the screen, wondering why the trio doesn’t simply leave the girl and go home. It’s one thing if the girl is passed out and helpless, but once she’s awake and fighting out of fear, it’s time to let her go, and whatever happens to her after that is her own fault. But that’s not the point of the film. All three men feel compelled to help this unknown White girl, because if they don’t she may end up in a terrible situation, or even die.

It’s the story of the gallant knight trying to save the woman in distress, but that’s not the point of the film either. Throughout their journey, the trio faces a number of subtle and not-so-subtle racist encounters. From the nosey neighbor who accuses them of being drug dealers, while having a Black Lives Matter sign in her front yard, to the girl’s sister and friends who immediately assume the worst, attacking the men in a panic instead of asking questions about what’s going on.

The biggest point the film makes is the fact that at no point do the three men of color feel completely safe calling the police. They have done nothing wrong, but they know that it’s safer for them if they go to great lengths to avoid the police instead of simply calling 911. Through all of the extraordinary circumstances the trio finds themselves in, that point remains. And the actors play their roles to perfection. Never does the dialogue feel cheesy or forced. No matter how silly the situation, the characters are committed, and you feel their emotions.

Emergency is an independent film that Amazon Studios picked up. Few people will see this movie, and even fewer will understand the real point unless you’re a person of color. It will be easy to overlook the racist nods and instead focus on the shenanigans of the situation, which can nearly rival Harold and Kumar at times. But make no mistake, this is a very pointed film that handles racism deftly, and with an important message in tow.

Synopsis: Ready for a night of legendary partying, three college students must weigh the pros and cons of calling the police when faced with an unexpected situation.