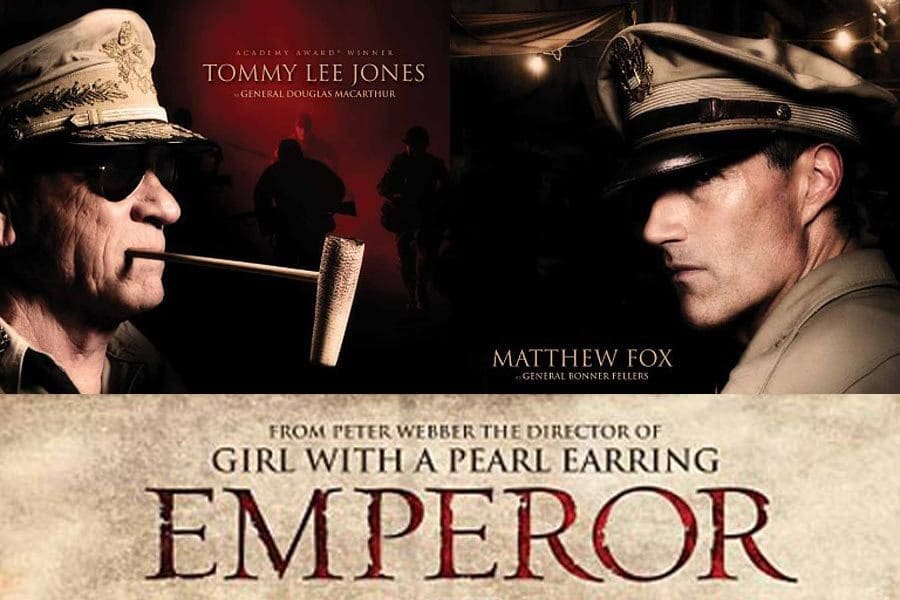 On August 6, 1945 one of the most awe-inspiring, and truly horrific events in the history of man occurred, the dropping of the atomic bomb. Two bombs in total were dropped. Little Boy on the city of Hiroshima on August 6th and three days later Fat Man on Nagasaki. The war in Europe had been over for three months by that point and on August 15th Japan surrendered to the Allies ending the worst war the world had ever seen, World War II. What happened after the surrender is something I, a World War II buff, had no idea about. General MacArthur travels to Japan to help with rebuilding and tasks a team headed by General Fellers to deduce whether or not Japan’s emperor, Hirohito, instigated the war in any way then decide his fate.

Matthew Fox plays General Fellers, who heads the investigation into Emperor Hirohito, we also learn that Fellers has an affinity for Japan, because of this he was placed in charge of selecting bombing locations in Japan. Fellers also fell for a young Japanese girl while in college, after seeing the destruction of the bombings in Japan he tries, ultimately in vain, to locate his love who had returned to her home land at the start of the war. Fox is a little stiff in his acting and has a hard time sounding like he isn’t reading from a cue card. He’s also aged a lot since Lost and it feels a little off when he has flashbacks of him in college. Tommy Lee Jones plays General MacArthur with a flamboyance that gives his character the essence of a selfish politician that is only looking for a way to the presidency, this is even stated in the narrative. It’s not that MacArthur doesn’t care what happens with Japan, because he does, but he wants the outcome that will secure him that vote.

The story jumps back and forth between the present investigation and Fox’s attempt to follow the love of his life, Aya, to Japan and win her affection. I was a bit put off by the love story at first, but it is one of those things where the true importance of it isn’t revealed until the very end. The movie sometimes can be begrudgingly slow, but the story is interesting enough and it was a breath of fresh air to see a part of that time period we are usually not aware of. The images in it are just amazing, from the opening shots of the bombing to the stark contrast of the imperial palace and the bombed out cities of Japan. One scene in particular takes place during a raid on the palace by Japanese soldiers. The entire city is on fire and the flames create a red aura around everything that stands out against the pitch black night.

Fox’s character is given ten days to determine whether or not the emperor is guilty of war crimes, but the time crunch is never used to heighten things. The only point of tension comes from a fellow general who discovers that Fox has the Japanese love interest and tries to use it against Fox. The only problem is there’s no real reason for the general’s aggression and MacArthur doesn’t even care when the matter is brought to his attention.

Jones is a treat to watch, but Fox is stiff as a board so the two cancel each other out in that respect. Emperor’s story is extremely interesting, but the incredibly slow pacing is not enough to help elevate this otherwise engaging drama.

Synopsis: As the Japanese surrender at the end of WWII, Gen. Fellers is tasked with deciding if Emperor Hirohito will be hanged as a war criminal. Influencing his ruling is his quest to find Aya, an exchange student he met years earlier in the U.S.