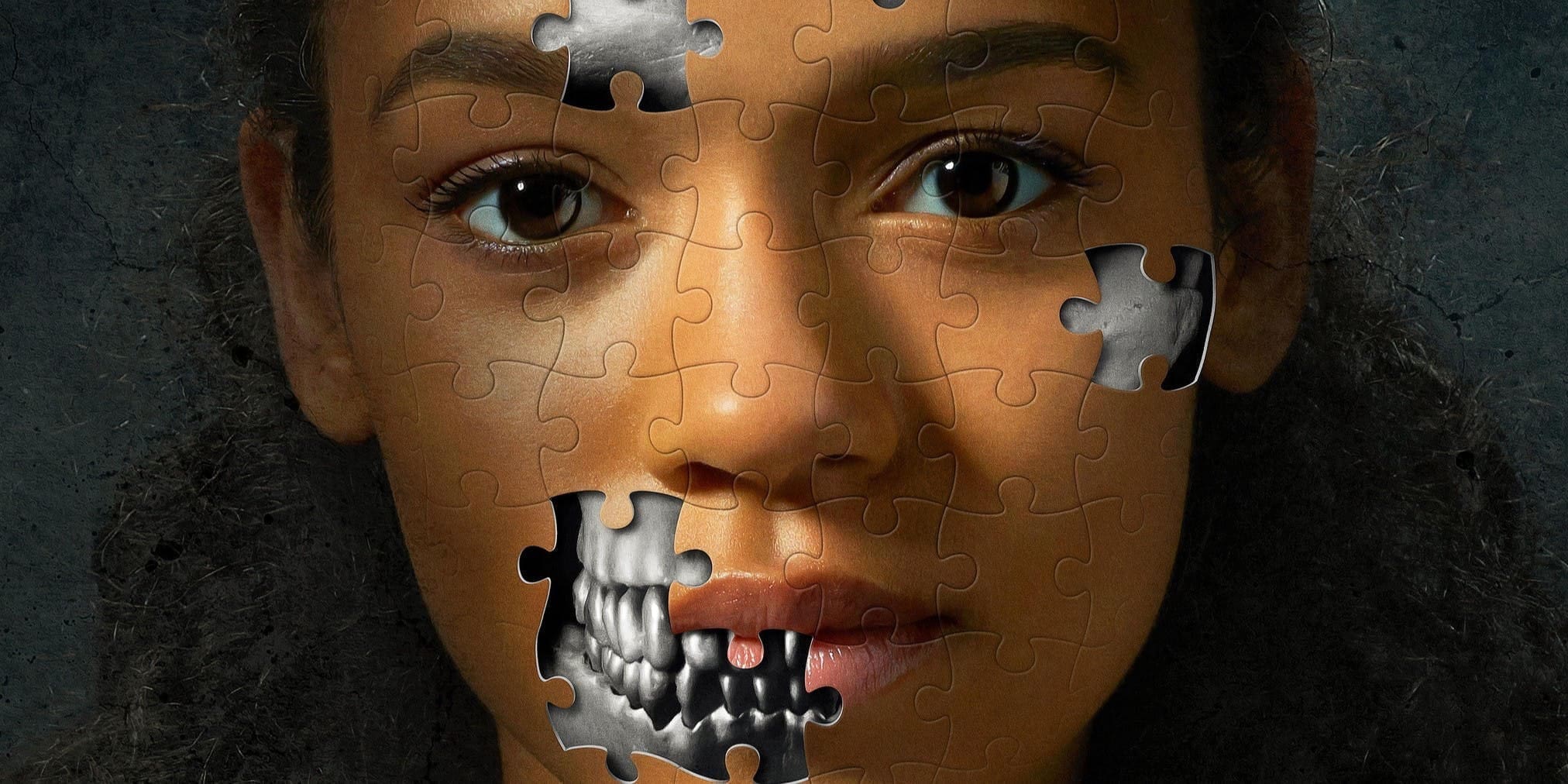 The real is puzzle is whether I liked this movie…

I love escape rooms.  Other than VR, they’re one of the closest things we have to playing a real-life video game.  It’s a blast working with teammates to solve problems in faux life-or-death situations.

In the new movie Escape Room (not to be mistaken with the absolutely horrible Escape Room movie released in 2017), six strangers are invited to take part in an escape room challenge, with the winner(s) receiving a $10,000 prize.

As far as my opinion of this movie, I’m split pretty much down the middle.  As I walked into the theater, my opinion of the film was already digging itself out of a hole, since I wasn’t a fan of how much was being revealed in commercials. As a hint to you, don’t watch any trailers and try to avoid commercials before you go, if you want to go into your viewing without information.

My opinion of the movie didn’t improve in the first few minutes, either.  In the first scene, the movie essentially spoils itself, with the old, “let’s start at the end and go back to the beginning,” technique.  While that works sometimes, this time it’s not used all that effectively.

However, I’m getting ahead of myself.  Unlike the movie, I’ll start at the beginning and give you a little more of an explanation of the plot.  Escape Room begins with three of the six “players” getting mysterious invitations, seemingly from people they know.  Unfortunately, the first three players are pretty stereotypical horror movie characters: the shy nerd (played by Taylor Russell), the alpha male (Jay Ellis), and the down-on-his-luck loser (Logan Miller).  They’re joined at the mysterious game building by slightly less stereotypical Amanda (Deborah Ann Woll of Daredevil fame), friendly everyman Mike (Tyler Labine of Tucker and Dale vs. Evil…a fantastic horror comedy…fame), and escape room expert Danny (Nik Dodani of Atypical fame).  As the movie progresses, some of these one-dimensional characters actually start to show a little bit of depth…not enough to make this a horror classic or anything, but enough to make it worth watching.

Speaking of watch-ability, for those of you who like horror or suspense movies without copious amounts of guts and other innards, this movie will be more your speed.  When it comes to blood and gore, this movie is more like films like Get Out and A Quiet Place than slasher films.

Anyway, as the movie progresses, the protagonists also learn more about why they were selected to participate in the game.  There are a few relatively plausible plot twists as the movie progresses, and the ending is also pretty satisfying, which has become an issue with a lot of horror movies these days (including the horrible 2017 Escape Room…the ending to that movie is absolutely terrible).

When it comes to writing reviews of story-driven movies like this, I find it difficult to describe them because I don’t want to give away too much of the plot.  That being the case, I’ll move on to what I thought of the movie.  Basically, I went into it with low expectations (a “so bad it’s good” movie), and it actually delivered a slightly better experience.  As I mentioned, the actors all did a pretty decent job with the relatively stereotypical roles they were given.  Each player got a little bit of backstory, just enough to make you understand their motivations.  Woll, Labine, and Russell all get kudos for doing a better than average job with their roles.

Finally, I will give the movie a score bump because of the surprising plausibility of the movie.  For a pretty ridiculous premise (a murderous escape game), I think the writers did a pretty good job of writing a coherent, if not slightly generic, story.  Sure, this movie cribbed some stuff from the Saw franchise and a 1997 movie named Cube, but, really, how many truly unique horror/suspense movies are they making these days. However, I have to knock that score back down because despite the story being strong overall, it gets a little untangled at the end. I wasn’t in love with parts of the ending, there are certainly some questions worth asking, but I’m willing to give movies like this a little latitude.

Anyway, I’m going to give Escape Room three stars out of five…and that’s probably rounding up a bit.  I wouldn’t recommend seeing it in theaters, but I can think of worse ways to spend your money at a Redbox or in your video game console store.  It tells a decent story in a more-or-less competent manner.  If you like your horror movies filled with jump scares, decapitations, and buckets of blood, this might not be your movie. However, if you’re looking for a decent story with relatively believable characters and situations (for a movie about a murderous escape game), this might be more your speed. It may not be a suspense classic, it’s worth a watch…but it might turn you off to escape rooms permanently.

Synopsis:Six adventurous strangers travel to a mysterious building to experience the escape room — a game where players compete to solve a series of puzzles to win $10,000. What starts out as seemingly innocent fun soon turns into a living nightmare as the four men and two women discover each room is an elaborate trap that’s part of a sadistic game of life or death.