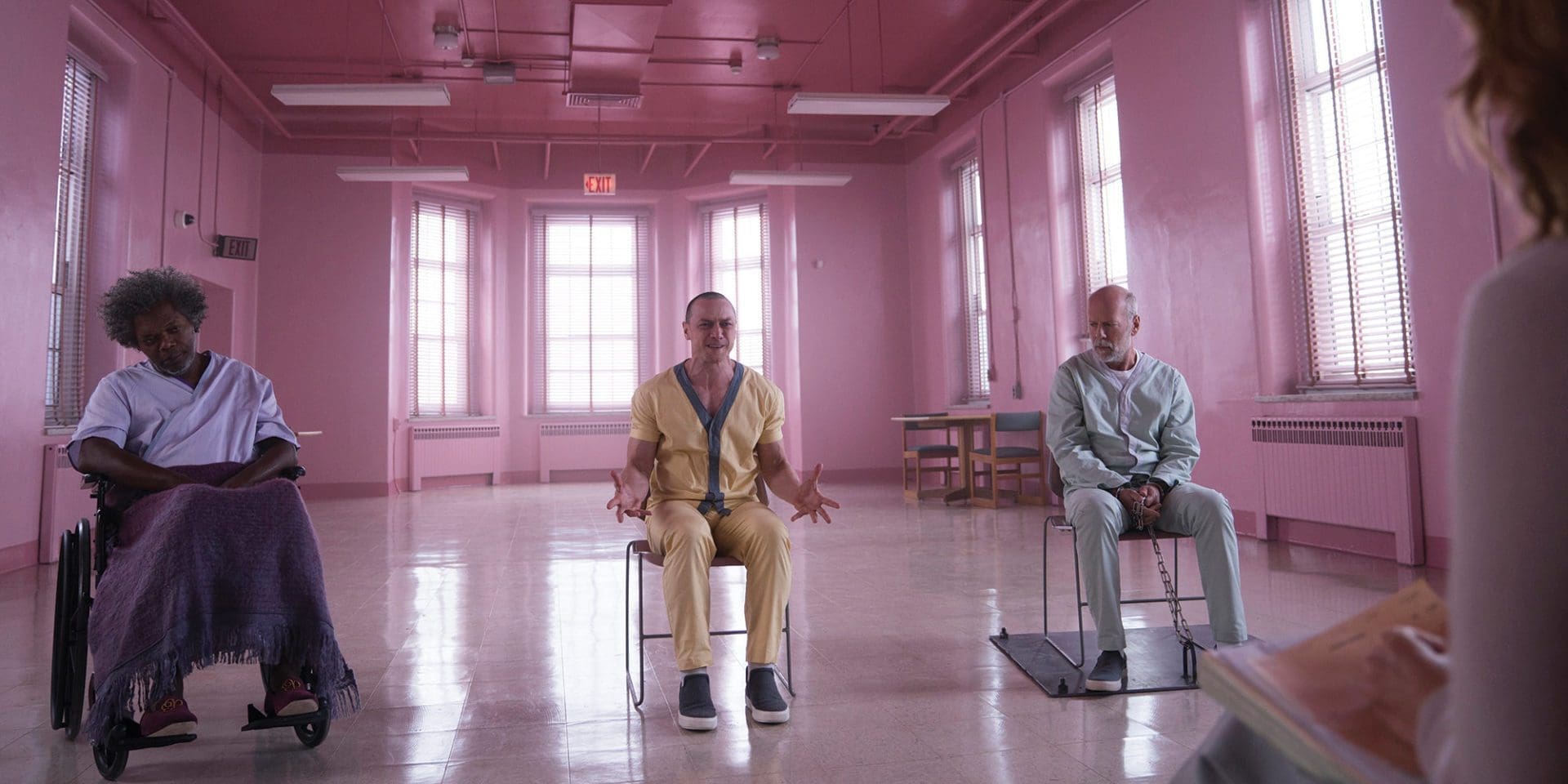 M. Night Shyamalan has had high points and low points throughout the years. The Sixth Sense and Unbreakable helped put him on the map, but films such as Signs and The Happening moved public opinion in the opposite direction. His recent hit, Split, finally put him back on track. It was a solid film in it’s own right, but the tie-in to the Unbreakable universe elevated the film even further. Now, the famed director follows Split with the third film in the Unbreakable trilogy, Glass.

Unbreakable and Split are two very different films. Glass merges the two, and while it features James McAvoy’s ‘Kevin’ character prominently, the pacing and atmosphere feel more akin to Unbreakable. More of Kevin’s split personalities are on display in Glass, but the tension of Split that came alongside the abducted teens is replaced by methodical, and sometimes arduous, minds games.

While the film is titled after Samuel L. Jackson’s character, Mr. Glass, he is not the focus throughout most of the movie. At just over two hours, Glass is a story about Dr. Ellie Staple (Sarah Paulson) researching the “delusions” she feels Mr. Glass, Kevin and David Dunn (Bruce Willis) are experiencing. The problem is that there’s clear evidence pointing toward the super human powers these three possess. When she continually questions their beliefs, it makes you wonder why these extraordinary feats aren’t mentioned, or why she quickly writes off the few that are.

Dr. Staple’s motives are eventually explained by the time the credits roll, but sitting through over an hour of her relentless badgering takes its toll on the audience. This is offset even more by the fact that most of this time is spent with Kevin’s numerous personalities, leaving David Dunn and the titular character sidelined. Without abducted teens, Kevin’s personalities feel more like comic relief in Glass, compared to the tense atmosphere they created in Split.

Much like Unbreakable and Split, Glass is a dialogue-heavy superhero film. There’s some action at the beginning and end of the film, but it plays out more like a psychological thriller than anything else. If you’re a fan of Unbreakable this shouldn’t be an issue, just don’t expect a ton of action.

Getting through the second act of Glass is a but tiresome. Dr. Staple is relentless, and comes off borderline ignorant at times. However, if you can make it through this slog of repetition, the most interesting parts of the film await. When Mr. Glass finally takes center stage as the film crosses the 90 minute mark, things pick up considerably. The ending will be questionable for some, and fitting for others, but if you’ve watched an M. Night film, this should be expected.

If Glass was about 25 minutes shorter, or Mr. Glass had featured more prominently, it would have been a better film. As it stands, the film is still enjoyable, especially for fans of Unbreakable, despite being the weakest of the trilogy. A bit more editing would have made a big difference, but Glass will still leave you wanting more… and perhaps a little confused, or even sad. If that’s not a trademark M. Night Shyamalan film, I don’t know what is.