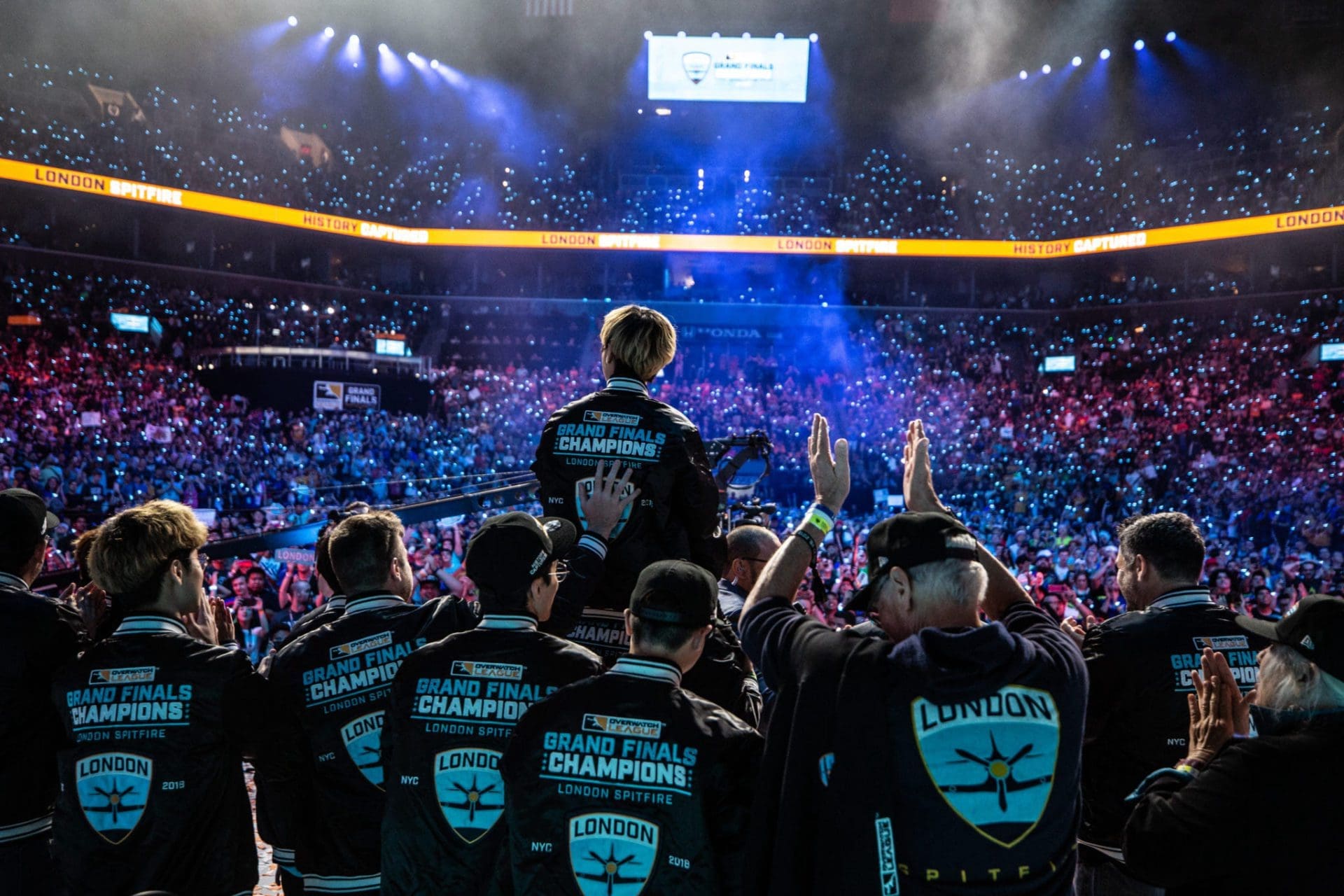 Six long months it has been since the Inaugural Season of the Overwatch League came to conclusion with the London Spitfire capturing history as the league’s first ever Grand Champions. The off-season has been with leaks, world cup wonders, and so much more but now as 2018 comes to a close the schedule of the upcoming second season has finally been released. The Inaugural season graced us with an immense pool of information as to how best to proceed, and that fact is reflected in the monumental changes to the regular season scheduling.

The 2019 season of the Overwatch League, unlike its predecessor, will consist of each of the 20 new teams playing 7 matches each for the expected 4 stages, leading to a total of 28 matches. This number is far less than the prior 40 total matches each team would play, but considering that there are more teams than there were last year, don’t worry – you actually get MORE chances to watch Overwatch this time around. When the math is all done, this leads to a total of 320 matches played over the course of the 2019 season, greatly expanding upon the 240 total matches in Season 1.

In addition to the total amount of matches being increased, the same can be said about each stage playoff run. Now, instead of 4 teams playing in one day for that Stage Championship title, it will be 8 teams playing a single elimination tournament over the course of an entire weekend.

At the end of the season, when all the matches have been played, 8 teams will advance into the season playoff. The top 6 of our 20 teams will be automatically guaranteed a spot in the season playoffs, and the teams landing in 8th-12th place overall will play a preliminary single elimination tournament to fight for the last two spots.

So, first and foremost, let’s give credit where credit is due. Teams playing less total matches and having more time between stages is a good first step to help prevent the issue of “player burnout”. Throughout the inaugural season, especially towards its conclusion, players feeling overwhelmed and under immense pressure led to a variety of problems. Controversial arguments debating the intensity of practice regimens affecting teams and players, such as the common “is New York Excelsior sandbagging” in Stage 4 were commonplace, and several prominent pro players such as Ted “” Wang and Brandon “Seagull” Larned announcing their retirement from pro play, in part due to the pressure having adverse effects on their lives. The Overwatch League taking steps to prevent that is surely a step in the right direction.

In addition to the scheduling changes, there’s also one more fun addition to the OWL 2019 schedule: Road Matches! During stages 2, 3, and 4, there will be one weekend each wherein the matches are played in a stadium other than the normal stadium in Burbank. The first set of road matches will be during the 27th and 28th of April, where the Dallas Fuel will host the scheduled play in the Allen Event Center in North Texas. Next, for the end of Stage 3, the Atlanta Reign and the League will head down to Atlanta, Georgia on the 6th and 7th of July. The final set of road matches will close out the regular season, right in Los Angeles with the Valiant hosting what they’ve lovingly referred to as “Rivalry Weekend” on the 24th and 25th of August. Since its conception, the Overwatch League has stated that (eventually) they want to be able to have teams based in their home cities and travel to play matches on LAN worldwide, and the addition of road matches is a wonderful way to increase ticket revenue and build hype for that idea to come to fruition.

However, like literally anything that has ever existed, while the changes implemented for the upcoming season certainly have their strengths, weaknesses are bound to pop up sooner or later.

Now, again, in the Inaugural season there were only 12 teams, so each division was only 6 teams strong, and with 10 matches played per stage it was only natural that teams played a large number of opponents outside of their own division. In the upcoming 2019 season, however, each division now has a total of 10 teams, greatly outnumbering the total matches each team has to play. One could imagine that the Overwatch League could actually create meaning behind these different divisions with how teams now fall into their division rosters.

Rather than do something that is seemingly sensible and easy though, it seems almost randomized as to how often teams play their own division. Instead of adding a manifested value to the divisions in this manner, teams play either four or five opponents in their division, and three or two of the alternative division respectively. This leaves a rather absurd margin for error when it comes to variation in the strength of the schedule.

To demonstrate the absurdity, let us do a bit of math. Let’s focus on the Pacific division. So, for our math, let’s say the LA Gladiators and the Seoul Dynasty both play 4 other Pacific division teams and three Atlantic division teams. The amount of possible schedules, if we were to assume that each team can only play each other once in a stage, is over 350 potential lineups in one stage. Over 350 different possible schedules to split between the 10 different Pacific division teams; and that’s not only without variation in the possible amount, because remember some teams will play 5 teams of their division and 2 of the other, but it doesn’t include the fact that teams CAN, in fact, play each other more than once in a stage. The potential variance in difficulty of schedule could easily mean that weaker teams luck out and get further and stronger teams fight hard all for naught.

The Overwatch League is only in its second season ever, so there is undoubtedly an intensive learning curve when attempting to build an esports league this bold. The new scheduling has its benefits in both tempo and in strategy – as said earlier, credit is where it is due – but there are evident flaws where another look is needed. Despite the potential hiccups, however, the Overwatch League is adapting and proceeding forward with a powerful growth mindset. Assuming that mindset is kept and changes continue in the positive direction, the 2019 season is something any fan of esports can look forward to.