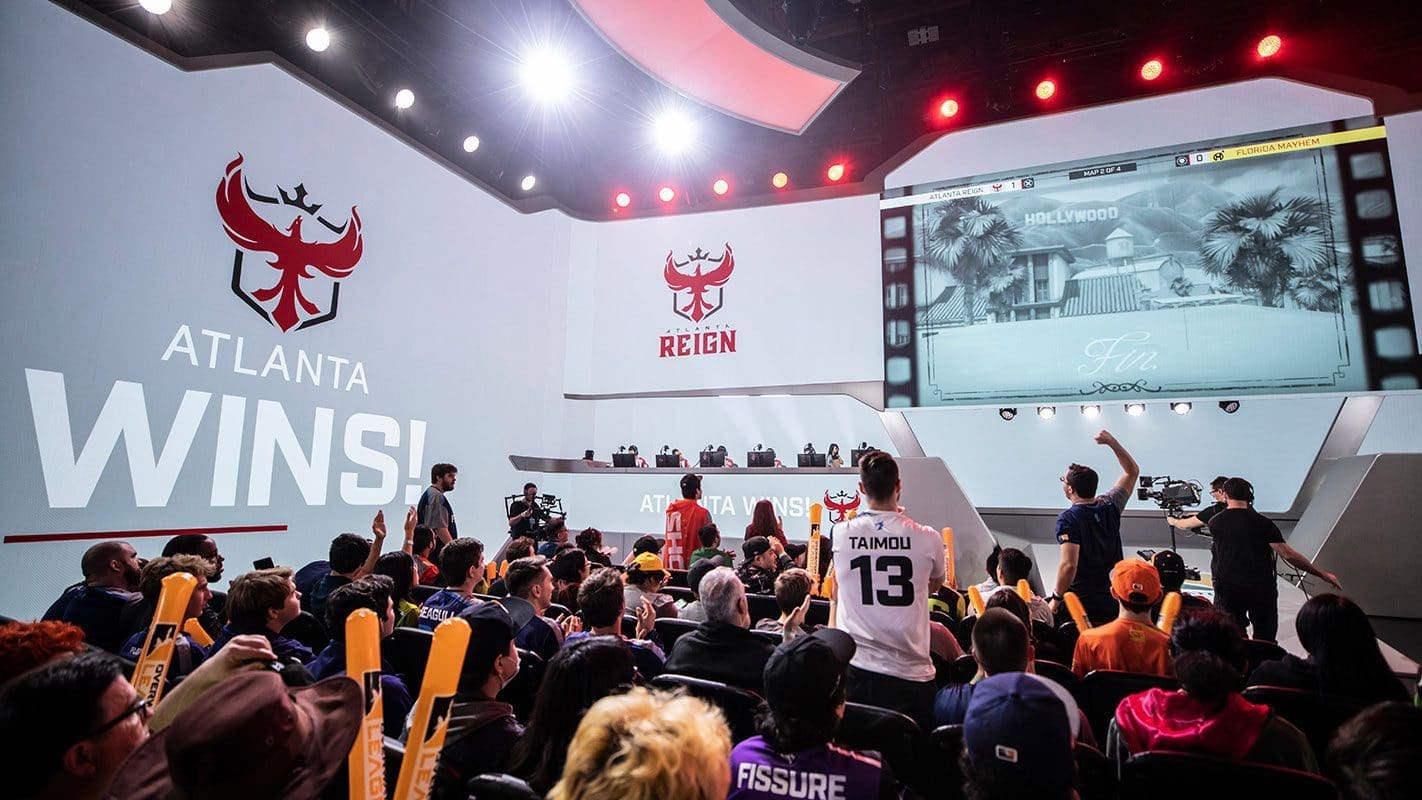 After a long and grueling off-season filled with player trades, roster implosions, and occasionally straight up high school-esque drama, the Overwatch League has finally returned for its 2019 season and has hit the ground running. With eight new expansion teams joining the ranks for a total of twenty competing teams in the league, everyone knew that what was coming in that the level of competition would be far greater than last year. But, despite that, not a single individual could have told you just how true that statement would prove to be. Out of the first 32 matches played, 10 of them were pushed to the dreaded map five tiebreaker and played to the absolute brink. With all 20 teams now having played 2-4 matches, there are only 2 teams yet to find victory. To say the fires of professional Overwatch have never burned hotter would be an understatement, and which way the flame burns has held no shortage of surprises.

New York Excelsior: Ever Upward Indeed
Although it may be odd to see the New York Excelsior listed as one of the teams that has “surprised” us based on their records both this year and last, there were a large degree of questions surrounding this squad entering the 2019 season. Uncertainties about the roster due to the amount of DPS players they suddenly had after signing Yeon-Kwan “Nenne” Jeong, and Yeon-oh “Fl0w3R” Hwang, alongside of losing Hyeong-Seok “WizardHyeong” Kim their supposed “genius” analyst, combined with the squad having fallen off during Stage 4 and Playoffs the previous year meant that NYXL had a mountain of doubt to climb. It is safe to say, however, as the only team that is currently rocking 4 wins and 0 loses, that NYXL took the ski lift straight to the summit and has come into the 2019 season looking to prove that they are the rightful owners of any and all championships.

Shanghai Dragons: 1 – 42
That’s right – after overhauling their roster with promising contenders talent while maintaining their few highlights of the team (such as Eui-Seok “Fearless” Lee and Se-Yeon “Geguri” Kim), the Shanghai Dragons were FINALLY able to pick up the organization’s first win against the Boston Uprising. Despite having very little time to integrate the late pickup of Young-jin “Gamsu” Noh (after Fearless ran into health problems shortly before the league started and for the time being has to stay in Korea) the Dragons slew Gamsu’s old team in a 3-1 fashion, only dropping a single map after they won the series. The mostly Korean squad under the Chinese banner has a long way to go before anyone would consider them playoff material, but they proved that this season they are here to fight.

Hangzhou Spark: IDK What’s Going On
Speaking of Korean rosters under Chinese banners, for those who may not be familiar, the Hangzhou Spark team was hyped up by analysts and teams alike coming into the 2019 season as one of the top expansion teams to look out for. Living up to the hype, Spark came out of the gate with a decisive win against the main tank-less Shanghai and defeated the formerly dominant Los Angeles Valiant in a close 3-2 match. However, the 2-0 streak would soon find itself inverted, as Spark in Week 2 was dominated in two matches – one to the struggling Houston Outlaws, and the other to the resurging London Spitfire. To make matters of their consistency even stranger, in both losing series the Spark seemed lost for maps 1, 2, and 3, but came alive once the series had both been lost, ending in a strong win of map 4 at the very end. Now, the talent of the Spark is unquestionable on paper when players like Da-un “NoSmite” Jeong and Ho-jin “iDK” Park perform at their peak, but at times this squad just seems so unsure of what it is they want to accomplish in team fights. To be fair, a 2-2 record is not a terrible start to an expansion team, but when these players are so strong and after this team was so incredibly hyped up after a 0-2 weekend, a large number of questions have been raised about their overall ability to perform under the pressure.

Los Angeles Valiant: #WingsClipped
After coming second in the 2018 regular season, the Los Angeles Valiant have started off the 2019 season with a 0-3 start. Having lost star players like Terence “SoOn” , and coaches like Julien “DaemoN” Ducros during the off-season, many people were (needless to say) worried about the performance ability of the Valiant. Questions like, “is KariV playing support or DPS after having toggled between the two in the past?”, “can KSF perform?” and “will the players and coaches be able to adapt to the tank heavy meta?” plagued the Valiant leading up to the season. What no one could have seen coming, is Valiant starting the season by subbing out fan favorite and star main support player Scott “Custa” Kennedy, and replacing him with Dae-kuk “KuKi” Kim, who previously had only played main tank in his competitive Overwatch career and, well, you can guess how that went. The Valiant lost two tiebreaker series in a row and, even after subbing Custa back in, still lost to a middle of the pack Toronto Defiant in a 2-1 scoreline series. The green and gold LA squad has played their opponents to the brink each match but have yet to be able to fully bring it home. Not only that, but looking at some of the teams in their upcoming schedule, there is a very real chance that the previous Stage 4 Champions and Pacific Division leaders could begin their 2019 season with a 1-6 Stage 1 record.

Honestly, looking back at the first two weeks, the list of power plays and monkaS moments goes on and on. The former Grand Champions, the London Spitfire, started with a 0-2 record and then had a dominant 2-0 weekend, both the Vancouver Titans (a.k.a., the former fan-loved “RunAway”) and the “EU Super team” Paris Eternal started the season undefeated, and both Symmetra AND Torbjorn have been played victoriously to the surprise of fans everywhere. But, amongst all the craziness, amidst all the madness and unpredictability, one thing remains absolutely certain: The 2019 Season of the Overwatch League is an action-packed spectacle that is showing zero signs of mellowing out anytime soon.

Booming Esports Market Has Many Schools Considering an Esports Program