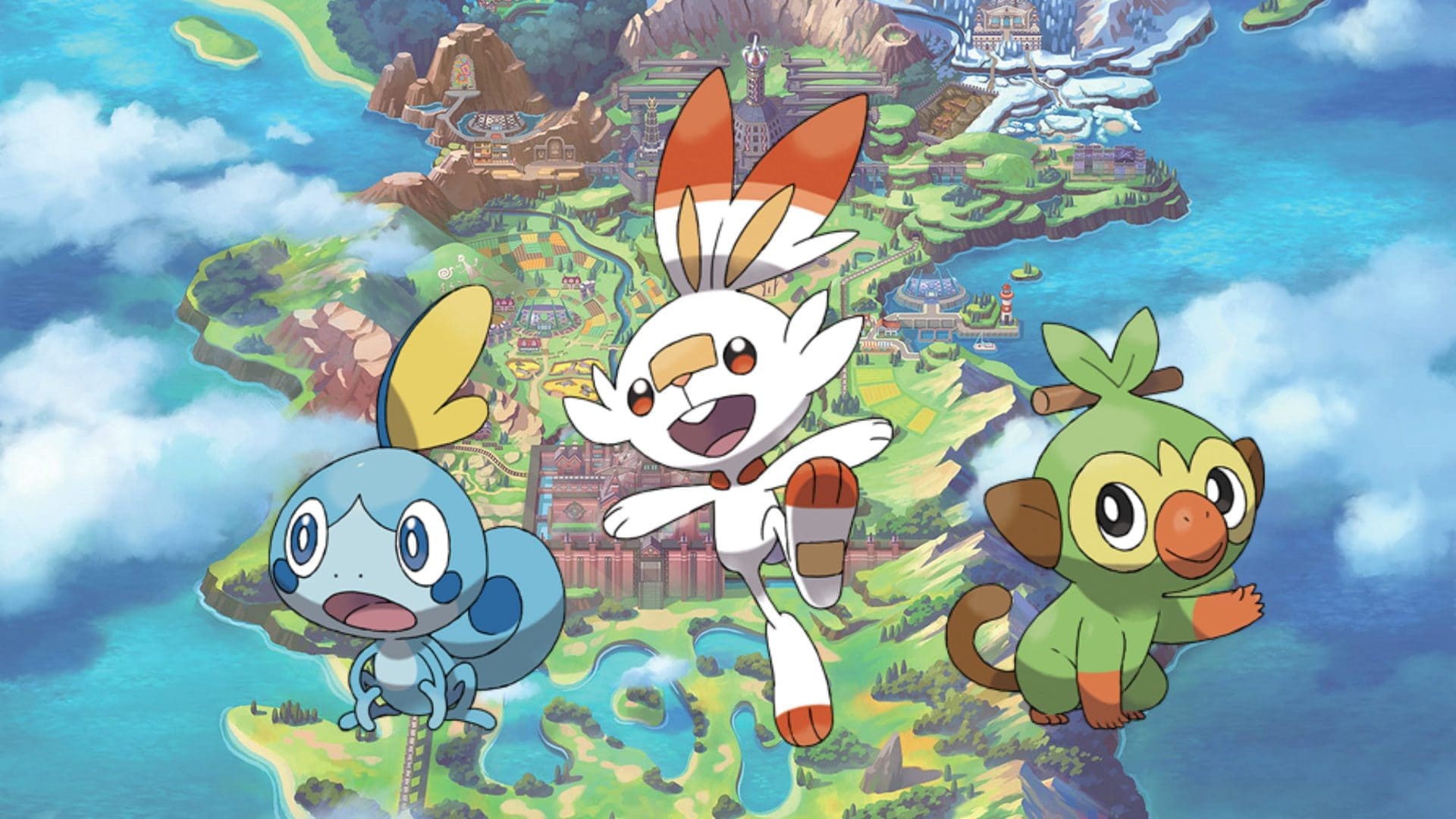 It feels like forever since Pokémon Ultra Sun & Ultra Moon released, leaving Pokémon fans who finished those titles asking for more. Pokémon: Let’s Go! Pikachu and Let’s Go! Eevee were nice little stopgap titles catered toward old and new fans of the series alike, especially those that jumped in the pool with Pokémon GO. “But what about our real Pokémon game for us real gamers?”, asked the Internet. “Hold your horses, it’s coming next year”, replied The Pokémon Company president, Tsunekazu Ishihara. Looks like he kept his promise, because the next generation of pocket monsters will be ready to capture in the near future.

Pokémon Sword & Pokémon Shield brings the series to an industrial age inspired world known as the Galar region, filled with vast cities and colorful hills. Of course with a new region comes new starters. Chimp Pokémon Grookey is your mischievous grass type, the energetic rabbit Scorbunny is the fire starter, timid water lizard Sobble rounds out the pack as the water type. In typical Pokémon fashion your will select one of these three as your first partner as you set out on a new adventure making friends, finding treasures, and of course capturing innocent creatures and making them maul each other for your entertainment. They’re so cute when they’re young, and murderous.

The world itself looks incredibly varied and detailed with the jump to Nintendo Switch. The boost in horsepower relative to the 3DS has clearly given Game Freak new inspiration for the Galar region, bring with it more detailed characters, larger areas, and an overall level of polish above previous titles. I personally haven’t really sat down with a Pokémon game in years, not since the days of X & Y, but I’m already convinced I’ll be jumping back in when Sword & Shield release later this year.