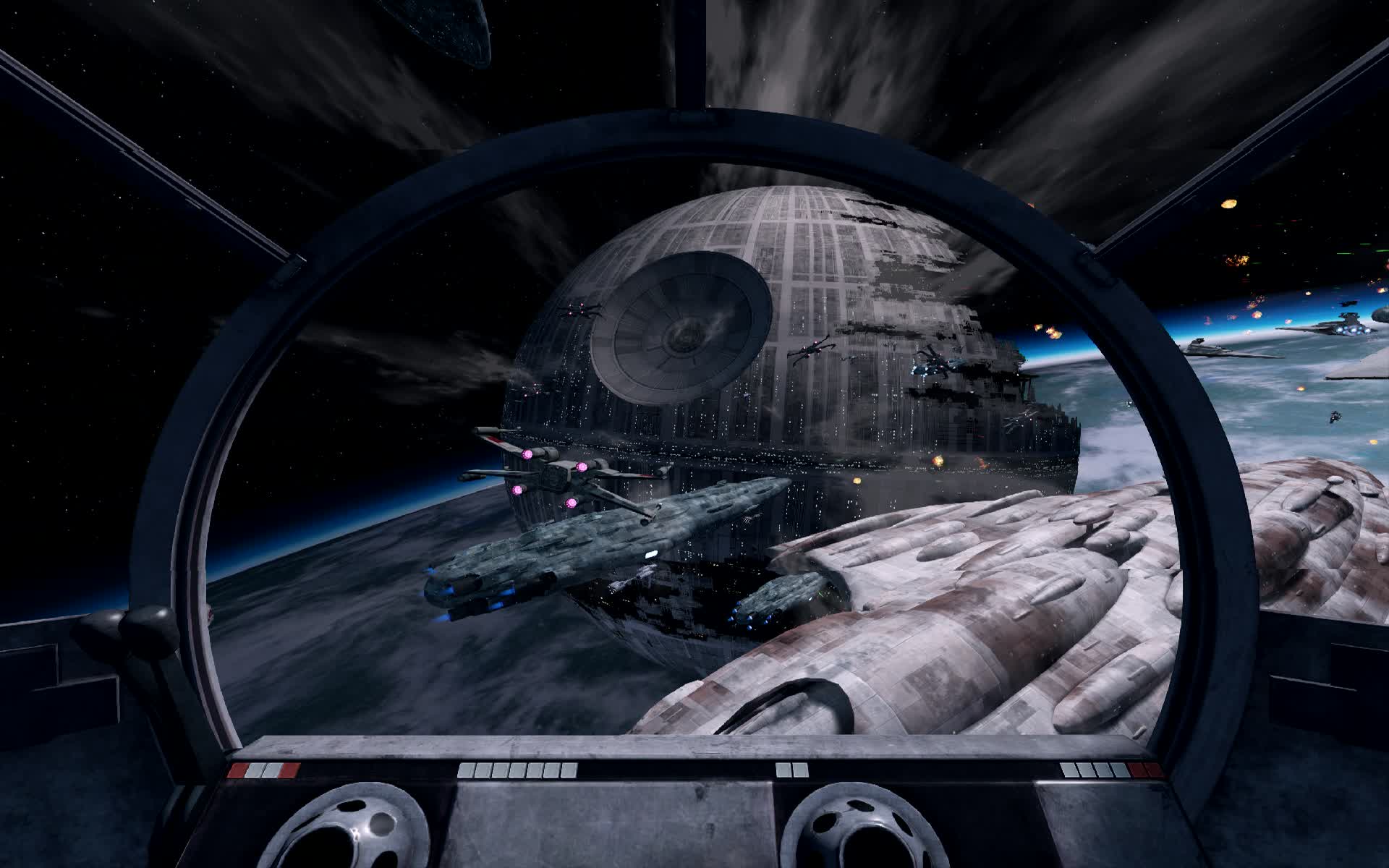 Bandai Namco Entertainment Inc. announced that it will release a home version of the aerial battle arcade hit, Star Wars: Battle Pod (http://www.starwarsbattlepod.com/), which first appeared in US arcades in January 2015, in EU, NA, JP, and other regions. The Battle Pods will be available to order beginning June, 18th with a MSRP at US$35,000 and UK £24,000 (Shipping and setting fees separate).

Made upon order for personal home use, the special Premium Edition of Star Wars: Battle Pod will be equipped with genuine leather seats that are synchronized to move/react to the action of the game and is available in two different glamorous designs inspired by the images of the Rebel Alliance and Darth Vader. This arcade masterpiece includes the owner’s name and a product serial number engraved plate along with a specially bound owner’s manual and exclusive carpeting. Owners will also have their name added to the game ending credits. MSRP for the premium edition is set at US$100,000 (Shipping and setting fees separate). Further purchasing details will be announced after mid-June on the Star Wars: Battle Pod official website (http://www.starwarsbattlepod.com/).

Star Wars: Battle Pod is an arcade aerial battle game featuring a fully immersive Dome Screen where players pilot famous star fighters from the movies taking them into the Star Wars universe. This is the first fully immersive Star Wars experience that puts players in the pilot seat of some of the most iconic battle scenes from the famed movie franchise.

Star Wars: Battle Pod includes five stages inspired by the original Star Wars movies (episodes 4-6) that will delight any Star Wars fan. Players will experience iconic moments from the movies in the Battle Pod which is packed with features that enable players to feel the speed of flight, the impact of explosions, and truly experience the destruction taking place around them.

Why they would want to make a limited-access arcade machine instead of finding a way to bring the experience home seems stupid and back-pedaling to me, but hey, what do I know?

This arcade cabinet is incredible and very fun to play. While I don’t have the battle pod software, I was able to build a slightly bo-bo home version of the Dome Cabinet for $1400.00 https://www.youtube.com/watch?v=y3DAvKC7nww