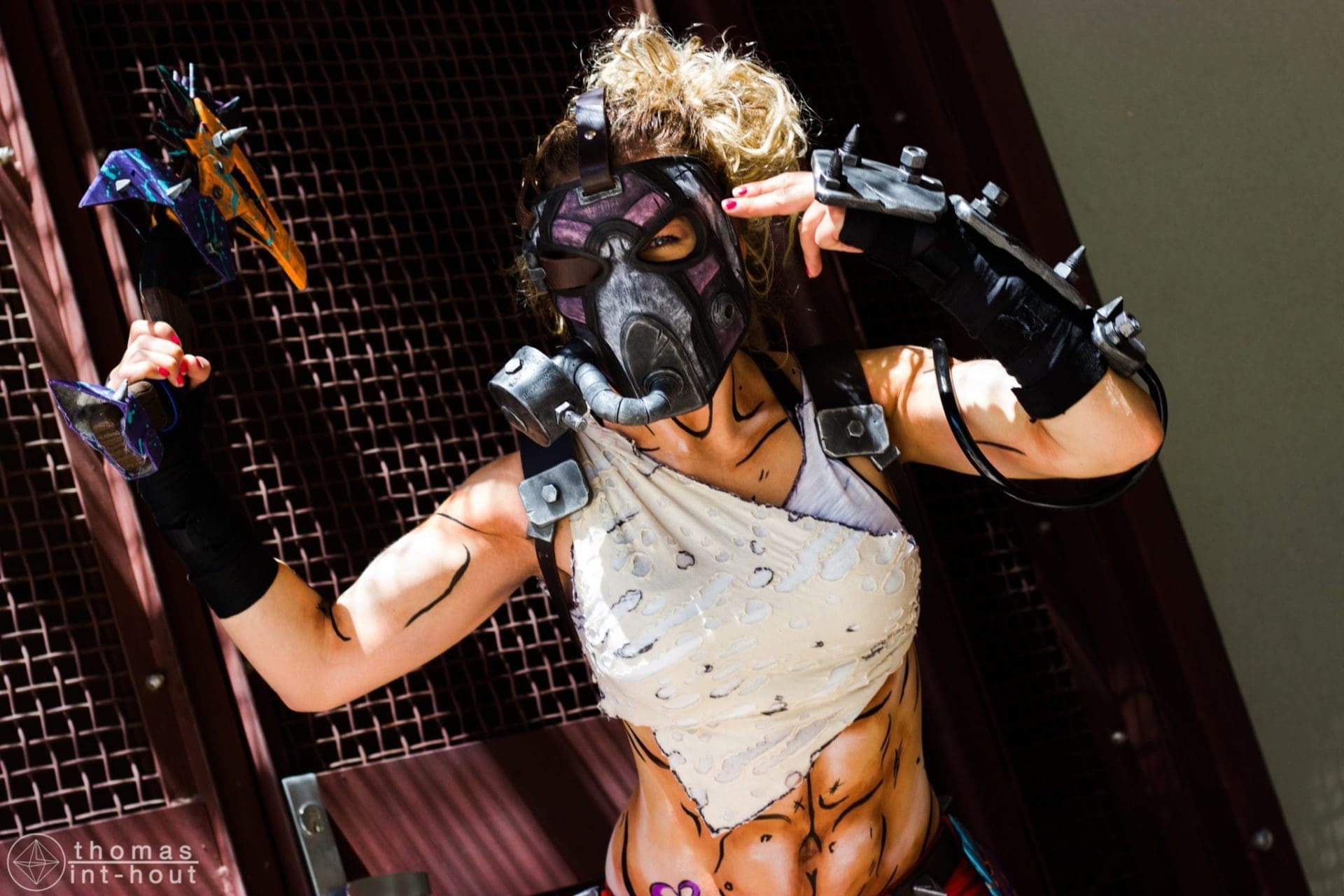 Welcome back to the Geek News Network’s Featured Cosplayer page! This is where, once a week, we introduce you to cosplayers that you should know about.

This week, we here at GNN would like to introduce you to Dara Defreitas. She is an amazing Canada based cosplayer whose talents far out reach just cosplay.

Dara Defreitas has been cosplaying since around 2007 but has been gaining great popularity within the last few years. Some of Dara’s most popular costumes include a Demon Hunter from Diablo III, Rogue from X-Men, Scorpion from Injustice: Gods Among Us, She-Hulk from Marvel and many more. Dara’s amazing costumes set her apart because of her eye-catching, complex props and armor and her over all unique costume designs.

Like I had mentioned before, Dara does much more than just cosplay. Dara also dabbles in photography ranging from con photos to show other amazing cosplayers on her Facebook to actual cosplay photo shoots. Dara has done photo shoots for other cosplayers such as Jessica Nigri, Gina G., Ryan Brandt, and many more.

Also, you can occasionally find Dara modeling in something other than her costumes. She has done a handful of shoots with JwaiDesign in the snow as a fawn and a super hero swim suit shoot featuring Jessica Nigri, Henchmen Props, Sinfonie Cosplay, and Vicky Lau just to name a few.

Currently, you can see Dara’s creations as she works with Henchmen Props making and designing costumes and props for fellow nerds and costume makers. Below you can see Dara as Krieg from Borderlands 2.