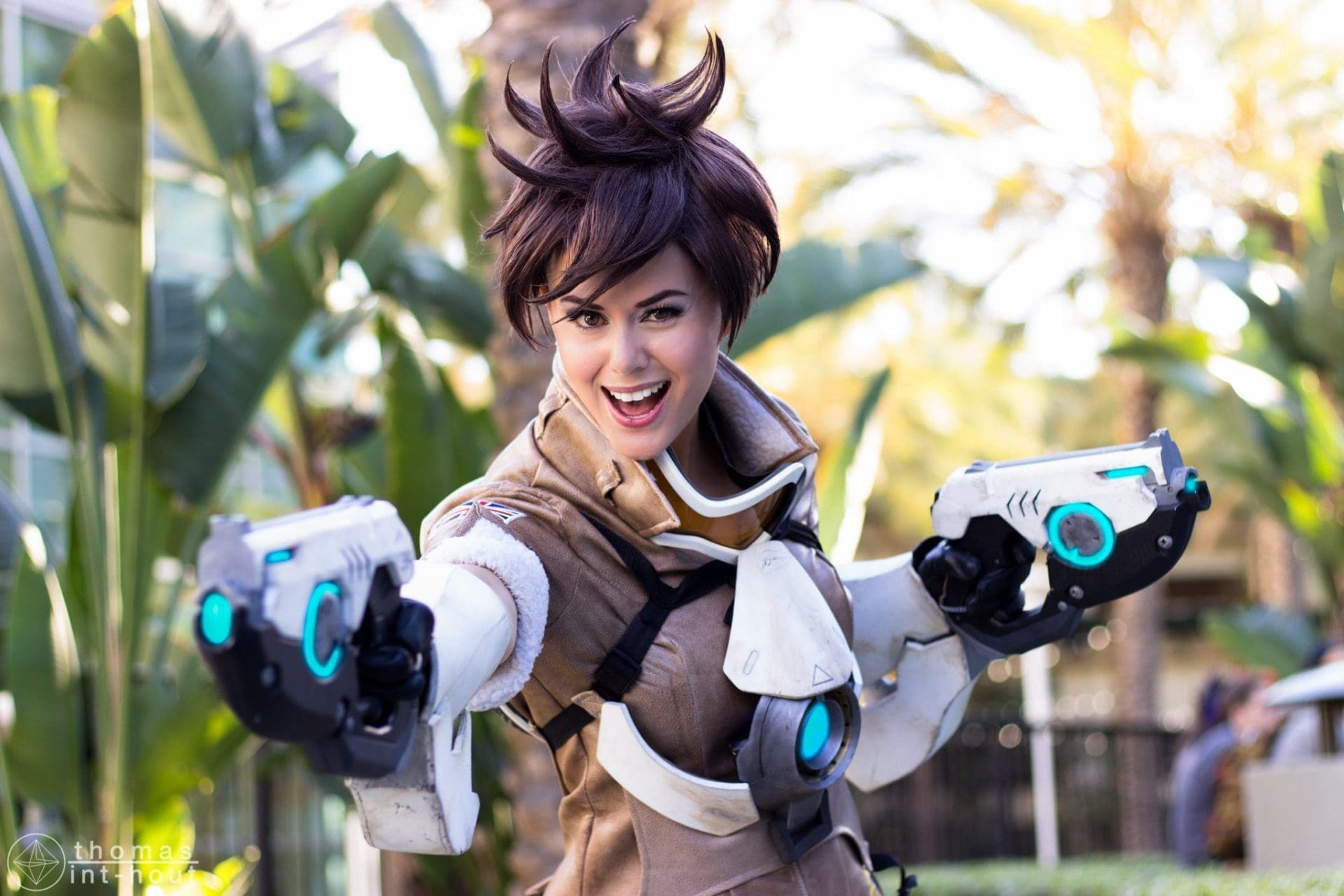 Welcome back to the Geek News Network’s Featured Cosplayer page! This is where we introduce you to cosplayers that you should know about.

This week, we here at GNN would like to introduce you to Stacey Roy. Stacey is an awesome cosplayer, YouTuber, model, actress, and nerd hailing from the great white north we call Canada.

Stacey has gained a lot of popularity over the past few years because of the YouTube channel she shares with her husband, Mike. RP WhaBam is mostly known for its show The Nerdy Bartender. This is where Stacey makes amazing drinks with a nerdy twist. Drinks have ranged from Darth Vader Punch, Ninja Turtle Slushies, and Jump Jet Rex Cocktails.

In addition to The Nerdy Bartender, Stacey also stars in fan films that Mike usually directs. These films range from Star Wars and Super Mario parodies to extremely cinematic films like their Overwatch fan film that got attention from and featured on IGN.

Stacey’s cosplay has received an immense amount of attention recently because of her Tracer cosplay from Overwatch (featured below). This cosplay has even gained the attention of companies like Loot Crate and even Blizzard.

With all the endeavors coming up for Stacey, it will be very interesting to see how big she and RP WhaBam get over time!