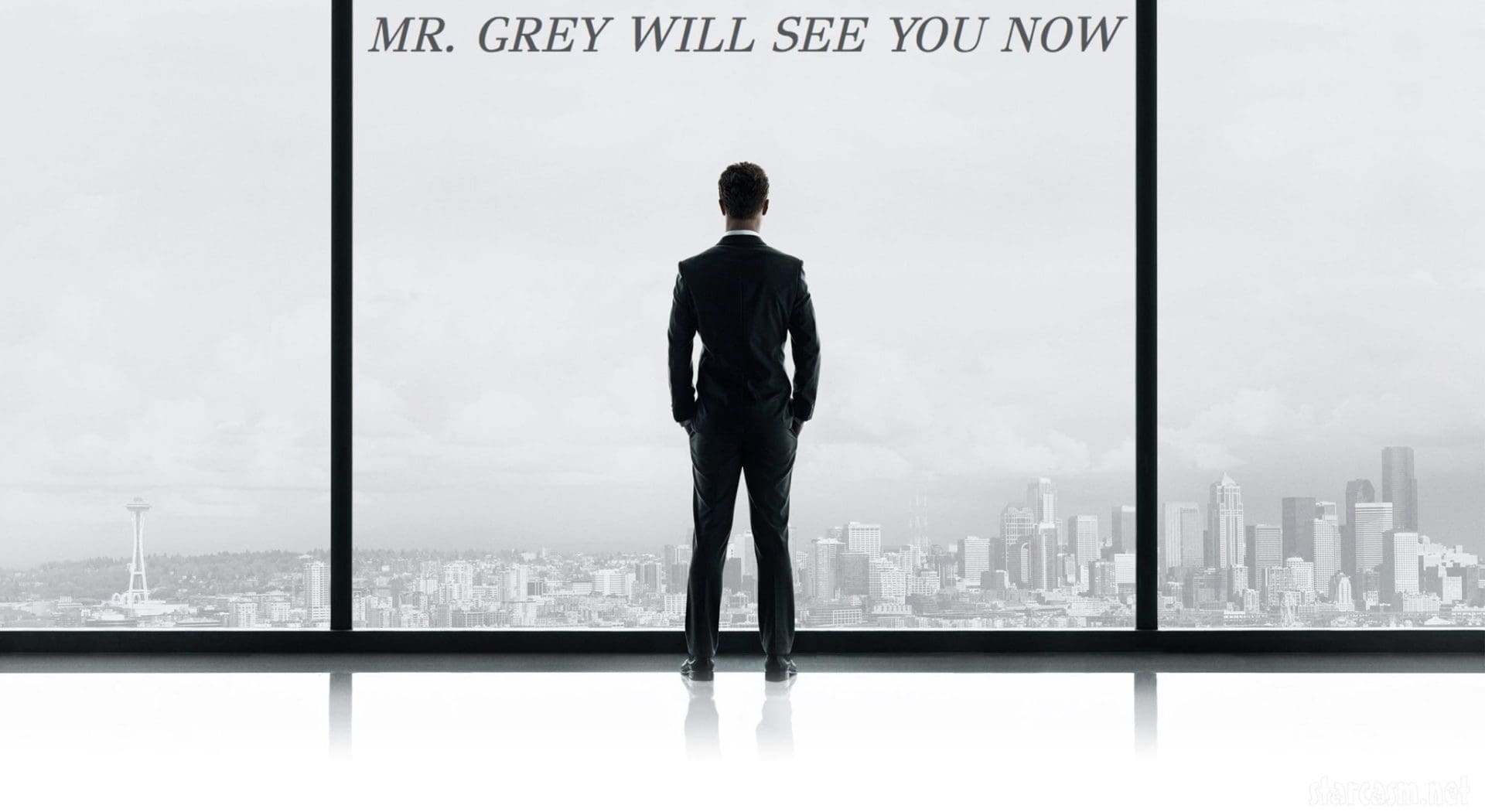 Let’s be honest with each other; if you loved the Fifty Shades of Grey books, you will love the movie no matter what I write here. If you hate the books, then you are going to probably not see the movie. These two groups won’t have their opinions swayed at all. But, for those who are in the middle, unsure about the hype, not knowing what you are in for, please, read on.

Actually, everyone should read on, you might be entertained.

Our heroine, Anastasia Steele, played by Dakota Johnson, is about to graduate college with a degree in Literature. She is enlisted by her roommate and journalism major to go and interview 27-year-old billionaire, and eligible bachelor, Christian Grey, portrayed by Jamie Dornan, for the school’s newspaper. With her wit, charm, grace and personality, Anastasia captures Christian’s attentions and they fall in love and live happily ever after and have lots of kinky sex. Eventually.  Sort of.

I went into this movie expecting it to bad. It exceeded my expectations, though. It was exceedingly bad. I had tried to read the book on which the movie is based, but got less than half way through it before I could no longer endure the cringe worthy writing style and weak story and content. I went into the film with the hopes that at least many of the writing style issues would not be translatable to film and would be absent. This was the case, but there was still too much of the book’s stilted dialogue and painful language to still sit through. Things that seemed silly to read on the page were even worse when spoken by an actor (Dornan) who was obviously putting effort into the role.  Dornan did a good job in his role, and his portrayal of Grey showed some depth and emotion beyond the dialogue.  I don’t know if it is that Anastasia is such a bland non-person that Johnson’s acting in the role is spot on, or if there was more that could have been brought out.  There was nothing that I saw in the initial interactions between the two principal actors that would lead me to believe that there was any kind of basis for his supposed powerful attraction to her.  The sets and the locations were lovely and well-chosen, perhaps except the hotel room where Grey stays, as it is very small for a billionaire to sleep and work out of.  The sex scenes, which are much longer than one might expect, were alone the Skinemax type, with full nudity for Johnson, but only ¾ nudity for Dornan, who apparently had it in his contract that there were to be no shots of his genitals.

The theater was filled with the mommy crowd that I expected, but there was also a large representation from the younger 20 something group, which surprised me.  I am hoping that this is not their ideal romance.  I like to think that people are smarter than that, but I have been proved wrong in the past.

Because I knew that I had a negative bias, I brought a friend as my +1, who had no experience with kink and had never read the books.  Her reaction at the roll of the closing credits was to ask “WTF did I just watch?  What kind of movie did you bring me to?”  The high point of the movie was dinner and drinks at Bar Louie afterwards.  They have a good happy hour and half priced martinis on Wednesdays, which we put to good use in scrubbing the movie from our memories via alcohol.

Like I said at the onset, if you are a fan of the books, you are going to go see this and probably like it.  The crowd reactions were those of people that knew the inside jokes.  If you hated the books, or the misrepresentation of kink, you’ll hate the movie, even though it doesn’t make the abuse as prevalent, though the creepy/stalker aspect is just as present.  If you are undecided, but you go in with low expectations, you might be entertained.  Just maybe not in a good way.

Rated: R for strong sexual content, including dialogue, some unusual behavior and graphic nudity, and for language.

The Search For Edward Scissorhands Begins At IDW