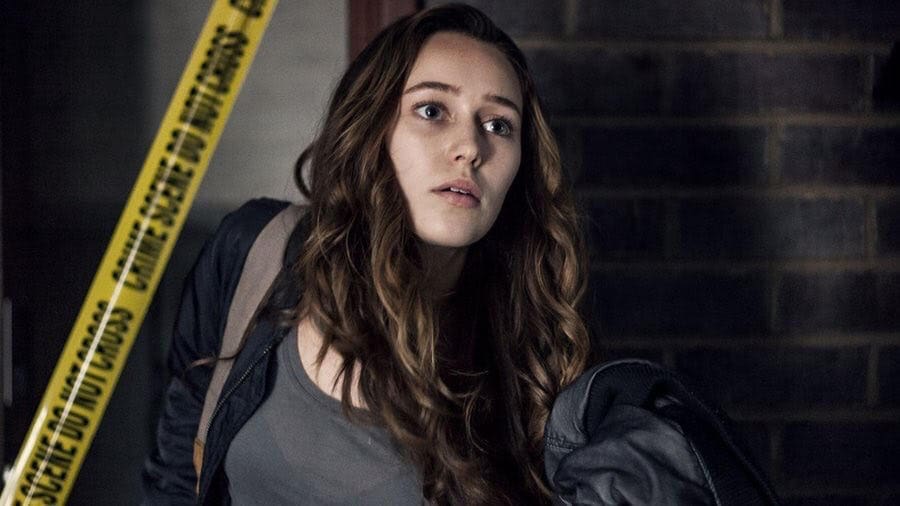 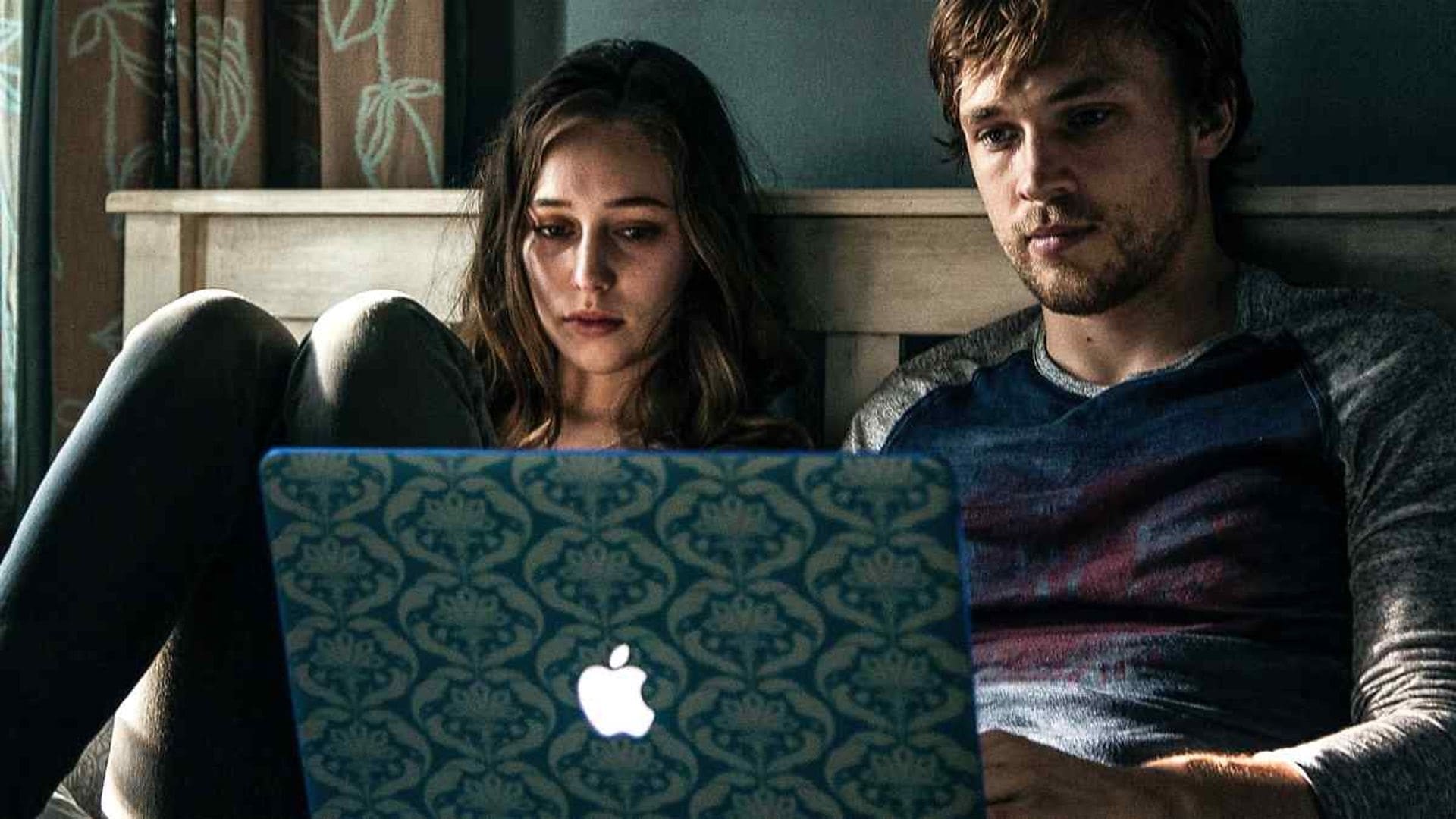 Sometimes a horror movie doesn’t have to be great to be fun.  In fact some of the worst horror movies, by accident, turn out to be nice comedies.  Then there are those bad horror movies that are so bad they just can’t redeem themselves.  Sometimes, at the very least, when all other aspects fail, they still manage to deliver a decent scare here and there.  Friend Request falls somewhere in the middle of this bunch.

In Friend Request, directed by Simon Verhoeven, Laura (Alycia Debnam-Carey) is a popular, carefree college student without a care in the world.  Her friends have varying personalities that range from aloof to detached.  When a strange, timid student with a hoodie named Marina sends her a friend request online, Laura accepts.  The friendship sours, however, and soon Marina’s obsession with belonging threatens both Laura and her other friends.  Hallucinations and living nightmares plague their once peaceful existence, leading everyone to face Marina’s wrath.

The concept of this movie is more interesting than how it was executed.  We go through our social network of friends in a casual manner and it can occasionally have a negative impact on real people.  Even the best of intentions can sometimes not be communicated properly in a post.  It also wasn’t communicated very well in this film, but applying a supernatural/witchcraft backdrop to the plot does give it a nice angle to fall back on.

There is a decent atmosphere of horror in this movie.  It drops the music where it needs to and lets the tension build to the appropriate cattle prod of fright. Loud noises and jump scares are the soup du jour, but that isn’t a bad thing in this case.  It happens a lot and if it weren’t for those moments I would have said this movie was slow and dull.  Instead it does give you a healthy dose of fear throughout.

I won’t be too harsh on the actors because they did what they could with a rather atrocious script.  The dialogue is subpar and the main characters don’t respond to death the way anyone in real life would, nor do they react to each other’s lines in a sincere way.  It’s pretty much your average recitation of horror 101 dribble.  In spite of all that, I did enjoy Alycia Debnam-Carey’s performance of the college girl in distress.  Liesl Ahlers’ Marina was also interesting up to a point.  She does come off as a melodramatic cartoon character eventually.

Once the college drama and the after school special moments subside, the actual horror part of this movie is good.  There is a bevy of creepy imagery in this movie, including some animation that I found unique to the storytelling and exposition.  I would dare to say it entertained me more than Wish Upon, another disappointment in the horror genre.  At least this one had genuine atmosphere to work with.  It even borrows certain elements from The Pulse and The Ring.

Most of Friend Request can be salvaged for a good horror night at home, but it doesn’t warrant a visit to the theater.  Unless it’s a matinee or you have Moviepass, then go nuts.  The chemistry is decent, the momentum works pretty well, and the makeup is not bad.  I was kind of disturbed by some scenes actually.  In a weird way, I would pair this film with Ingrid Goes West because of the similar ideas of obsession to social media and getting insincere attention as a salve for your ongoing insecurities.  Obviously one is a much better film, but if you enjoy seeing concepts cross genres than you might have fun watching Unfriended Redux, I mean Friend Request.  It’s not found footage by the way so it has that going in its favor.

Synopsis: A popular college student graciously accepts a social outcast’s online friend request, but soon finds herself fighting a demonic presence that wants to make her lonely by killing her closest friends.