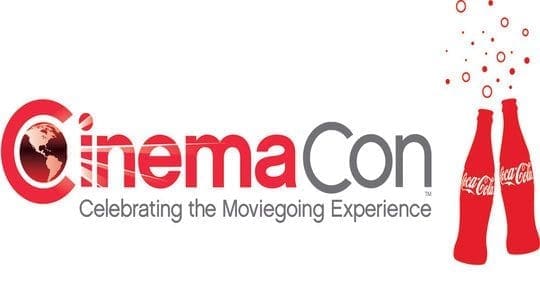 Las Vegas, Nevada – CinemaCon 2013 (formerly known as ShoWest) official starts tomorrow and GNN is making their way up to the big event. For the third year in a row, CinemaCon will be held at Caesars Palace, where hundreds of exhibitors and theater owners will come together and see what the big studios will have in stock for their audiences.

Of course, we will be posting news articles on here (maybe even recording a podcast or two!), but the best way to get up-to-date news is by following us on Twitter! Below, you can find our live streams, so, go make sure and follow us!

About CinemaCon
CinemaCon will attract upwards of 5,000 motion picture professionals from all facets of the industry –from exhibition and distribution, to the equipment and concession areas – all on hand to celebrate the moviegoing experience and the cinema industry. From exclusive Hollywood product presentations highlighting a slate of upcoming films, to must-see premiere feature screenings, to the biggest stars, producers and directors, CinemaCon will help jumpstart the excitement and buzz that surrounds the summer season at the box office.

About NATO
The National Association of Theatre Owners (NATO) is the largest exhibition trade organization in the world, representing more than 30,000 movie screens in all 50 states, and additional cinemas in 57 countries worldwide. NATO’s membership includes the largest cinema chains in the world and hundreds of independent theatre owners, too.