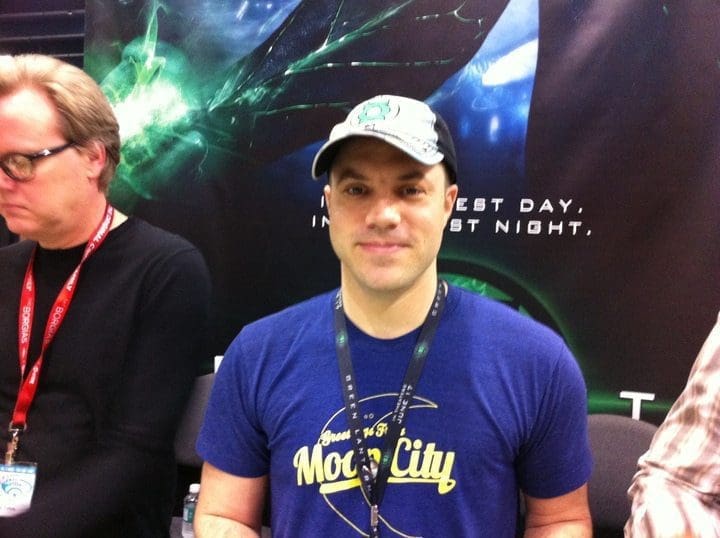 With Justice League of America #8 out time to officially pass the baton to the great @mattkindt! Read his new script! pic.twitter.com/5bvDTsmdk3

Earlier this year, DC writer Geoff Johns left his nine-year run on Green Lantern and now the writer has confirmed on Twitter that he will be stepping away from Justice League of America with issue #9. Taking hold of the reigns will be Matt Kindt, who co-wrote the lauded Martian Manhunter backup stories featured in JLA issues #2-5.

Kindt is gradually becoming DC’s go-to writer. Having already dabbled in the DC New 52 with Men of War and Frankenstein Agent of S.H.A.D.E., Kindt is writing the upcoming Suicide Squad #24, the Forever Evil tie-in title A.R.G.U.S., and penning four titles for September’s Villains Month: Deadshot, Harley Quinn, Solomon Grundy, and Sinestro. No word on whether he sleeps and/or eats.

Johns won’t exactly be twirling his thumbs over at DC given that he’s the main proprietor of the Forever Evil mega-event starting next month. He’s also still working at making Aquaman cool (the beard in issue #25 will likely help) and will no doubt be tied to another major title soon. Johns excels at taking B-level characters and turning them to A-listers, so who would you like to see Johns tackle next?

“Supergirl” TV show in the works