Geek News Network
Home Topics Books/Comics The Joker may have died in “The Killing Joke” and not a... 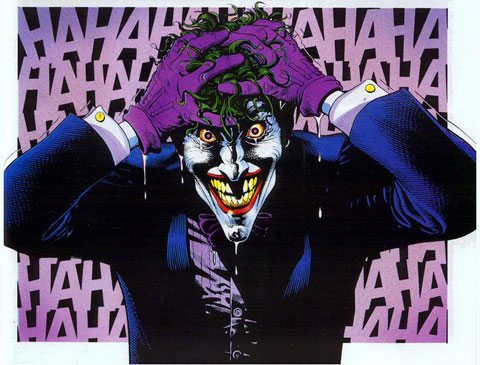 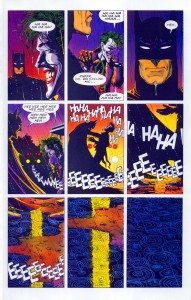 Wednesday, a new podcast was released on “Fatman on Batman” where Kevin Smith interviews Grant Morrison, a Scottish comic book writer who has worked on various Batman titles. As the two of them were shooting the shit and talking about all things Batman, they briefly touched on a couple of the different Batman comics, including The Killing Joke. Morrison goes on to point out something very mind-blowing to Kevin Smith as well as what I would consider a majority of the followers of this podcast. He speculates on the ending of The Killing Joke in a way that seems so obvious, yet at the same time absolutely shocking. Here is a quote from the podcast below:

“No one gets the end, because Batman kills The Joker. […] That’s why it’s called The Killing Joke. The Joker tells the ‘Killing Joke’ at the end, Batman reaches out and breaks his neck, and that’s why the laughter stops and the light goes out, ’cause that was the last chance at crossing that bridge. And Alan Moore wrote the ultimate Batman/Joker story [because] he finished it.”

Now for those of you that didn’t get that on your first (or even your twentieth) read-through, wasn’t that one hell of a mindblower? It is truly the subtlety of the way it was written that made it not-so-obvious and perhaps most readers are in denial when it comes to the possibility that Batman would kill the Joker. After all, when I read the story the first time I sort of went the opposite way with the meaning. I had thought that Batman had finally accepted this fact that he truly could not cross that line and kill the Joker. Perhaps he had accepted that they were destined to chase and fight each other for the rest of their lives. Maybe that was why he had begun to laugh, because it was so absurd, and yet… he simply couldn’t do it.

It was pointed out by a commenter on one of the many articles about this story that the “yellow line” 7th and 8th panel was a nice touch. This, of course, blew my mind even more as I came to the realization. That yellow line may very well have represented that line that Batman believed he couldn’t cross. Yet when the laughing in the 8th panel abruptly stops, and the “line” is gone in the 9th panel…. well, you get where I’m going with this don’t you?

It is amazing what the subtleties in writing can cause. This still leaves the ending somewhat open-ended when you think about it as well. Some may think this as the final Batman/Joker story. Others might consider it an “elseworld” story as Kevin Smith mentioned in the podcast. The only thing that continues from this book, after all, is Barbara’s maiming. Regardless of Alan Moore’s original intention, though, it does make you think deep about this ending now doesn’t it? I know it’s really making me want to analyze the story more (and maybe re-read it again and again because the story is just that damn awesome anyway).

In case you want to hear the snippet of the podcast, here is a video with coordinating panels from the comic book:

So what do you think about this explanation on the ending? Did Batman really kill the Joker? Let us know your thoughts in the comments below!