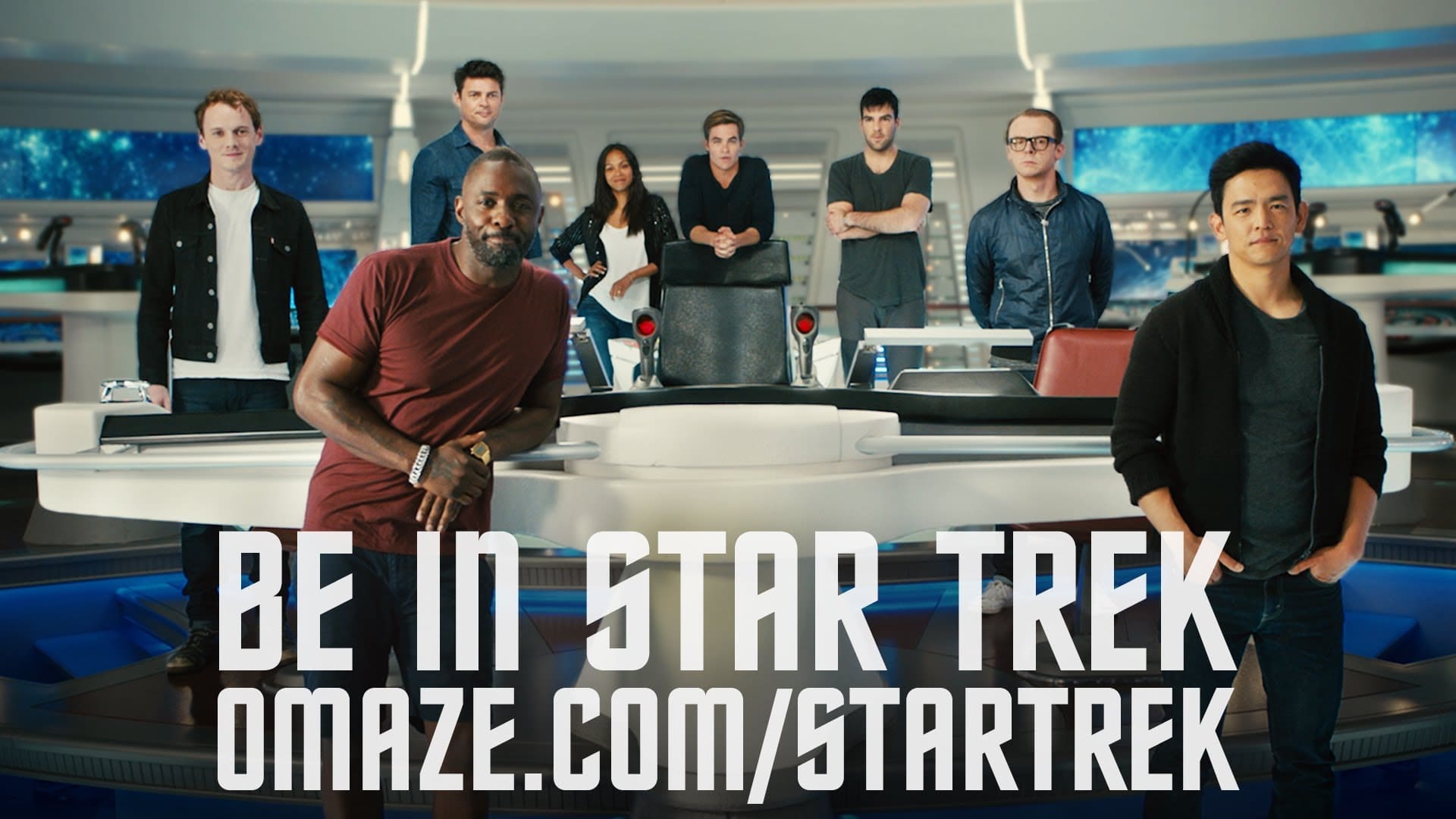 Earlier today, the cast of the new Star Trek franchise announced their charity campaign with Omaze. The campaign, titled Star Trek: To Boldly Go, will support nine global charities selected by each cast member. In conjunction, a contest was announced for fans to enter for a chance to win a walk-on role in director Justin Lin’s Star Trek Beyond, slated to release on July 8, 2016. All funds raised through this contest will be evenly distributed to all nine charities. That’s right ladies and gents, YOU could be in the third installment of the new Star Trek film franchise.

“Omaze is excited to bring this truly once-in-a-lifetime experience to Star Trek fans around the world,” said Ryan Cummins, Co-Founder and Co-CEO. “We are proud to give fans the chance to live out their dream experience while simultaneously helping nine great causes. By allowing anyone to enter for just $10, we are seeing the power our community has in making an impact around the world.”

The cast also came together to film a video that officially launched the campaign today.

Check out the video below:

The Grand Prize winner + a guest will be flown to Vancouver, hang out with the cast and experience the behind-the-scenes of the movie, and get themselves transformed into a Star Trek character and filmed for a scene in the movie. Additionally, six randomly selected winners will also form the Star Trek: To Boldly Go crew and be flown to Vancouver to meet the cast, see the set, and be among the first to see a few scenes. All donations will support the following charities below, along with which cast member nominated them:

Donations amounts start at $10 and automatically enter you for the contest. Fans who donate larger set amounts can receive limited edition rewards such as a cast-autographed red shirt, an advanced private screening of Star Trek Beyond, and so much more.

To learn more about this unique new initiative, and donate, head over to Omaze.com/StarTrek.