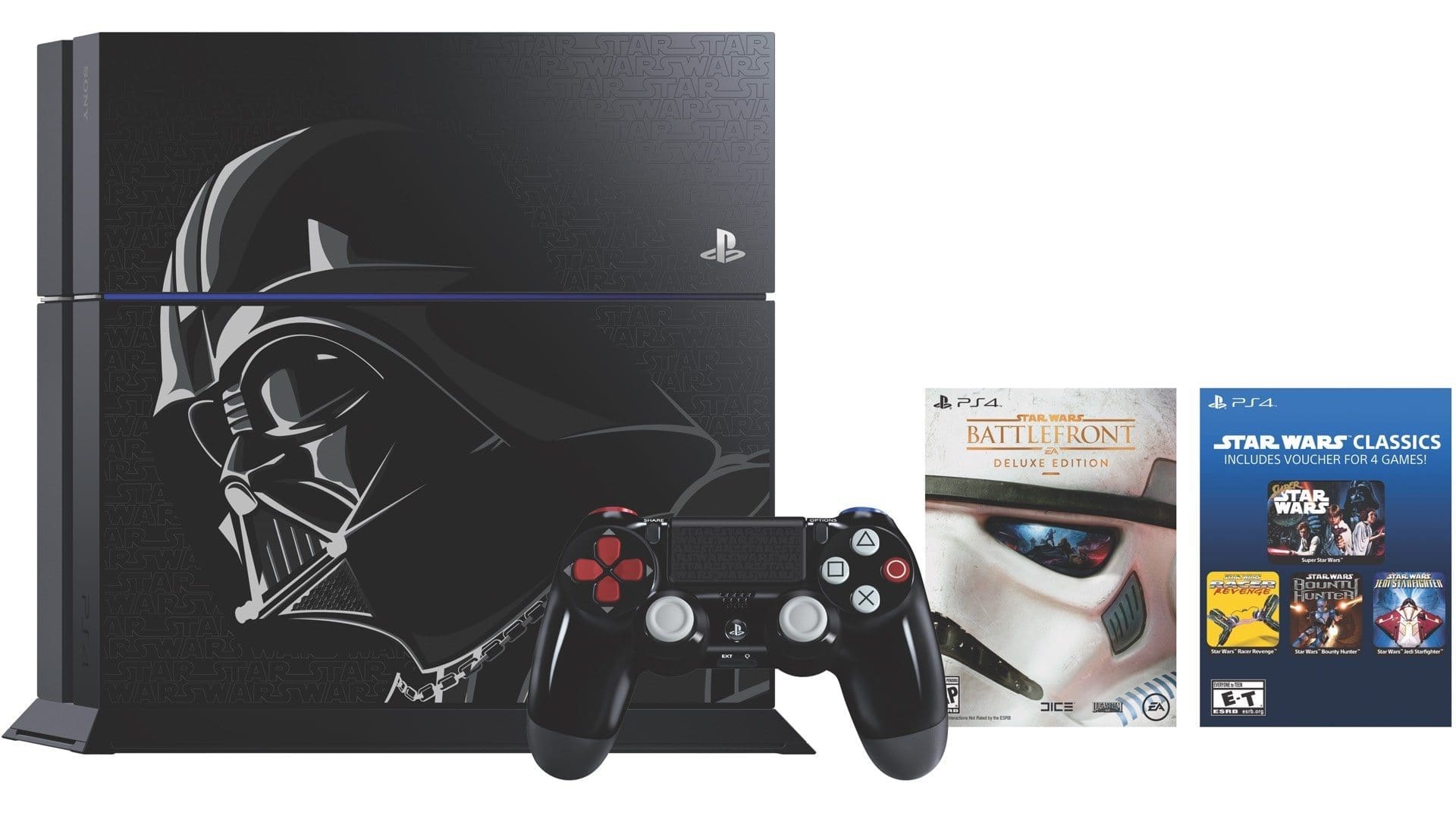 Not feeling the Vader etched console? Along with this limited edition bundle, fans also have the option for the standard bundle with the regular Playstation 4 and controller in Jet Black while still receiving the four classic titles.

These bundles are set to release on November 17th alongside the game. Currently, no details on pricing or other pre-order offers have been released. Stick with us for more details as they become available.

Check out the announcement video from Sony below:

For geeks, by geeks. That's the motto we stand by and strive to exemplify day in and day out with the content we create and communities we work with. As we continue to grow, we hope to not only be a go-to source for news and reviews content but a hub for all things geek including merchandise, streaming content, and live news.
Contact us: contact@geeknewsnetwork.net
© Geek News Network 2020
wpDiscuz
6
0
Would love your thoughts, please comment.x
()
x
| Reply
MORE STORIES