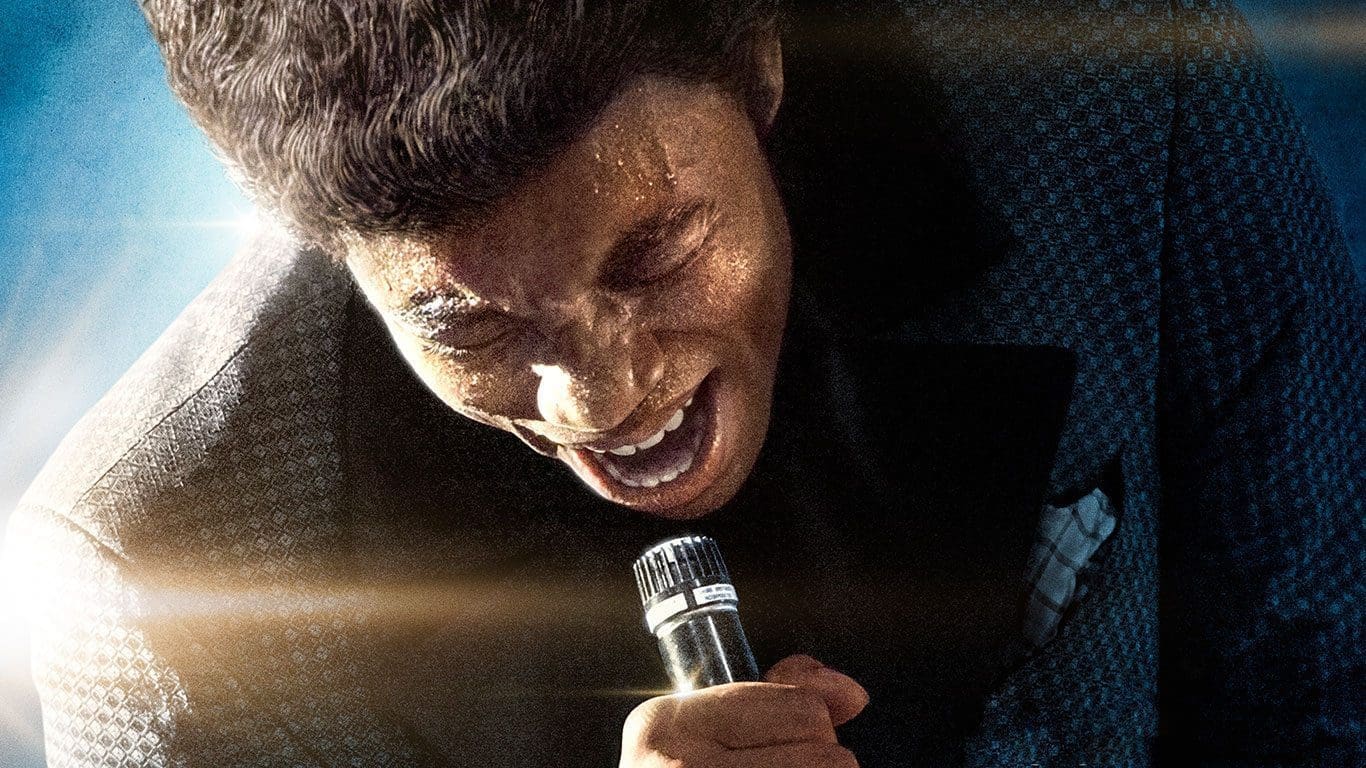 There have been quite a few movies based on biographies in recent memory. Mandela: Long Walk to Freedom, 42, and Jersey Boys are just a few of the movies that have come out over the last few years and really started to change the way audiences view biographical films. No longer do most people avoid these films for fear that they’ll be boring documentaries that only appeal to fans of the main character. Most biographical films these days have enough drama and intrigue to capture the attention of an audience just as well as any fictional drama or inspirational story.

Get On Up is a biographical film about the Godfather of Soul, James Brown. Chadwick Boseman plays Brown to perfection. All of his mannerisms, his nearly off-putting ego, and even his raging temper are portrayed as if Boseman was reliving the life of the music legend. For the purposes of this film, Boseman is James Brown. There’s even a scene toward the end of the movie in which actual footage from one of Brown’s concerts is used interchangeably with footage of Boseman recreating the same concert. The only noticeable difference between the two performances is the quality of the video footage.

While Get On Up is a biographical film, it’s still a movie that was made in Hollywood. There’s a considerable amount of dramatization in the film in order to presumably spice things up for a worldwide audience. This isn’t uncommon with modern day biographical films, but some passionate James Brown fans may frown upon some of the liberties the film takes. For example, the film opens with the events that caused the infamous 1988 police chase and subsequent arrest of James Brown. However, the FBI report from the incident is very different when compared to the scenes depicting the event in the movie.

Dramatization aside, Get On Up is a very real movie. The film doesn’t sugarcoat anything that happened throughout Brown’s life. His troubled childhood, blistering rise to fame, and infamous ego are all realistically portrayed. Even Brown’s domestic abuse is documented, and Boseman is just as convincing and terrifying during these scenes as he is when performing some of Brown’s iconic hits.

Music definitely fuels this film, as you’d expect from a biographical feature about the Godfather of Soul. While the film jumps around a bit, it covers Brown’s career in chronological order for the most part. You’ll hear all of his biggest hits and see some behind the scenes activities that even the most hardcore Brown fans may not have known about.

The only part of the movie that feels a bit light is Brown’s family life. While you see his oldest son at various points throughout the film, as well as two of his wives, Brown’s family life feels like an afterthought. Even with the depiction of Brown’s well-documented spousal abuse, you don’t see much of his family life.

There isn’t a single scene in Get On Up that could ask for more from the actors involved. As previously stated, Boseman is the perfect embodiment of James Brown, while Nelsan Ellis is very convincing as Brown’s best friend, Bobby Byrd. Dan Aykroyd feels as though he’s back on top of his career with his portrayal of Brown’s manager, Ben Bart, and the rest of Brown’s band turn in an equally stellar performance.

When Get On Up is taken in as a whole, the only real issues are the lack of Brown’s family life, and some of the over-dramatized events in the film. Overall it’s a very solid biography of the Soul Funk Father, and a movie that fans and movie-lovers alike can enjoy. It’s a fun ride through history with some sad moments, a few eye-opening scenes, and plenty of super heavy funk.

About Get On Up

Synopsis: A chronicle of James Brown’s rise from extreme poverty to become one of the most influential musicians in history.

[…] into my mind. It seemed that so many music biopics fell short of being what they could have been. Get On Up was average at best and barely made its $30 million budget back at the box office. I was having a […]

[…] an entertaining and realistic view of the subject matter. Some offer too much dramatization (Get On Up), while others simply aren’t entertaining (Walking with the Enemy). Race is an interesting mix […]