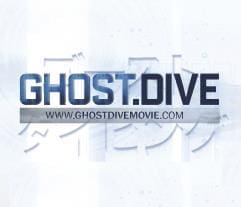 Ghost Dive is a feature-length cyberpunk film that revolves around an all girl ring of hackers. When one of their members gets captured by the corporation they were robbing, the rest of the team has to band together for one high stakes operation to free her. The movie takes place mostly in real-time as these heroines try to hack their friend to freedom as armed security forces zero in on their positions.

Ghost Dive stars a dream lineup of American cosplayers, including such fan favorites as Ginny McQueen, Riddle, Valerie Perez, Vera Vanguard, Ruby Rocket, Jack Conway, and Kat Steel, who is also known for being the voice of Ibuki in the American cast of the Street Fighter games.

It is being directed Sean Rourke, who has worked on the VFX crews of such movies as “The Hunger Games,” “Green Lantern,” and “The Book of Eli.”

Check out the teaser trailer:

THE STORY: In the near future, an all female hacker-ring is jeopardized when one of their members is captured by the corporation they’ve been robbing. In order to free her, the remaining girls must band together for one high stakes, high speed, online operation.

It’s 92 minutes of gunfights and cyberpunk that brings some of today’s best cosplayers together on screen for the very first time. And it can’t happen without your help!

Instead of just picking any old reward tier, we feel that you should be able to support your favorite girl or guy, since chances are, you found this kickstarter through one of the cast members.

So we’re doing this thing called “Adopt a Hacker.” Basically, no matter which donation tier you select, you get to chose which character you want to support, and your rewards will center around that character.

Not only that, but when that character appears on screen for the first time in the movie, your name will appear with him or her, showing everyone which character you stand behind.

So take a look at the reward tiers and see which one feels right for you. If we are fully funded by the deadline, then you tell us which character you want to support, and we’ll send a bunch of really cool stuff your way.

It’s gonna be epic, and we want you in on it with us! ADOPT A HACKER – Chose your favorite character to support. We’ll send you a digital adoption certificate, and when that character appears on screen for the first time, your name will appear on screen with them as one of their supporters. That’s in the actual movie!

THE MOVIE – You’ll receive the previous reward, as well as an HD digital download of the completed movie.

MOVIE PLUS – You’ll receive the previous two rewards, the movie soundtrack, and an expansive photo set of your adopted hacker in all her or his costumes – including, but not limited to: studio stills, composited graphics, poster designs, and production stills from the set!

PHOTO BOMB – You’ll receive all the previous reward tiers, but instead of just the photo set of your adopted hacker, you’ll get ALL of the photo sets of ALL the characters in one massive delivery, including the exclusive “Ballistic Divewear” poster, which is an epic desktop image of all the main characters decked-out in swimwear and firearms.

ADVANCE VIDEO – You get the previous rewards, plus a unique video created specifically for you that includes an advance edit of one of your hacker’s scenes, along with some outtakes, behind the scenes footage with your hacker, and a personalized thank you message from your hacker for being one of her or his most trusted supporters.

JOIN THE TEAM – Along with all the previous rewards, you get to create a character for yourself, and you’ll appear in the movie. Share a scene with your adopted hacker via monitor insert as you help her or him to solve a problem or get out of a dangerous situation. That’s actually in the movie!

IT’S ALL ABOUT YOU – As well as all the previous rewards, we will cut a unique version of the movie where the entire plot revolves around your own character. We’ll shoot your scenes over Skype, and you’ll appear in at least three places in the movie, influencing the events of the film. This will be a one-of-a-kind edit that no one else will have but you!

And an Official Photo Gallery courtesy of Ghost Dive for you all to enjoy: